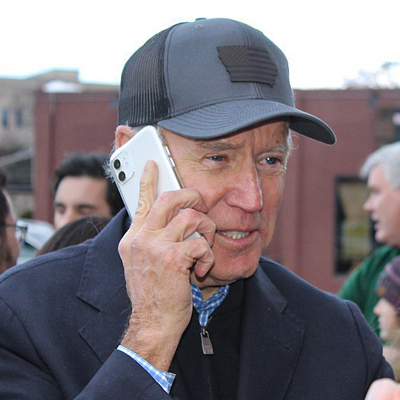 On Monday night, George Floyd family members got a phone call from the the Big Guy, President Joe Biden. Grandpa Joe told the family members that he hoped “everything will come out okay” (wink wink) now that the jury in the Derek Chauvin case has begun its deliberations.

Just a friendly phone call, brother Philonise said. He was “just letting us know that he was praying for us, hoping that everything will come out to be OK.”

The Floyd family, represented by Philonise, had to share the occasion with “Good Morning America,” as well as the American public.

Later, Joe Biden told reporters that he waited until until after the jury secluded themselves before he called the Floyd family. “I waited until the jury was sequestered and I called,” he told them.

He also described the evidence in the trial as “overwhelming,” and said:

“I’m praying the verdict is the right verdict. Which is – I think it’s overwhelming in my view.”

So Biden waited until the jury was sequestered before he called the Floyd family and made those remarks. What could possibly go wrong?

A lot, actually. First, we saw Maxine Waters whipping up the crowds over the weekend with her calls for protesters to be “more confrontational.” Nor is Mad Maxine backing down, either. She told CNN on Monday that “The judge says my words don’t matter.”

CNN — for a change — did its job and pressed Waters on Judge Peter Cahill’s comments that Waters’s yapping could bring about an appeal. But Maxine dug in deeper. “Oh no, no they didn’t,” she protested. Besides, she insisted, “The whole Civil Rights movement is confrontational.” 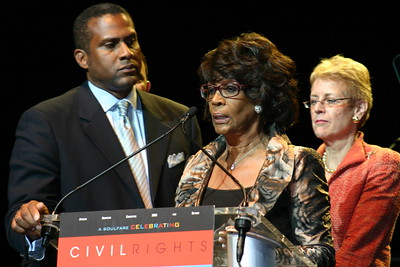 Yes, what could possibly go wrong?

Then there’s the geniuses at the Minneapolis Star-Tribune, who think the public should know just whom the jurors are who will judge Derek Chauvin. No, they didn’t reveal names. But they did provide lots of descriptions, like age range, employement (including some uncommon, unique professions), and family status. And you know that there are plenty of internet trolls just digging into this gold mine to figure out who’s who — just in case the verdict goes sideways.

Ilhan Omar can’t let her chances to ride the George Floyd wave go to naught either. So she created an impromptu outdoor presser in Brooklyn Center at the site where a police officer shot Daunte Wright. Which is also, conveniently, her congressional district.

Omar said she was appalled “by the fact that it is easy for municipalities, for states, for the federal government to readily come up with resources to police and brutalize citizens.”

“I am constantly appalled by the fact that it is *easy* for municipalities, for states, for the federal government to *readily* come up with resources to police and brutalize citizens.

But when it comes to resources for healthcare, for housing, we’re told there isn’t enough.” https://t.co/ngDkKQvVA1 pic.twitter.com/ttAwNYNkUI

So we have Maxine Waters and Ilhan Omar stirring up emotions in Minnesota. We have the Star-Tribune providing specific information about the jurors. Finally we have Joe Biden calling the Floyd family hoping that “everything will come out okay.” And while the jury shouldn’t be hearing this, you know that this just eggs on those who are itching for a fight (looking at you, Aunty Maxine.)

But hold on — we shouldn’t fear anything. After all, didn’t we hear how the election of Joe Biden would heal all wounds? How’s that working out for ya?

Part of the implied deal of the 2020 election was if you elect Biden the streets will calm down. The Floyd verdict will be a test of that.

Yeah, what could possibly go wrong?