Next post
Fat Shaming is Okay If It's Trump 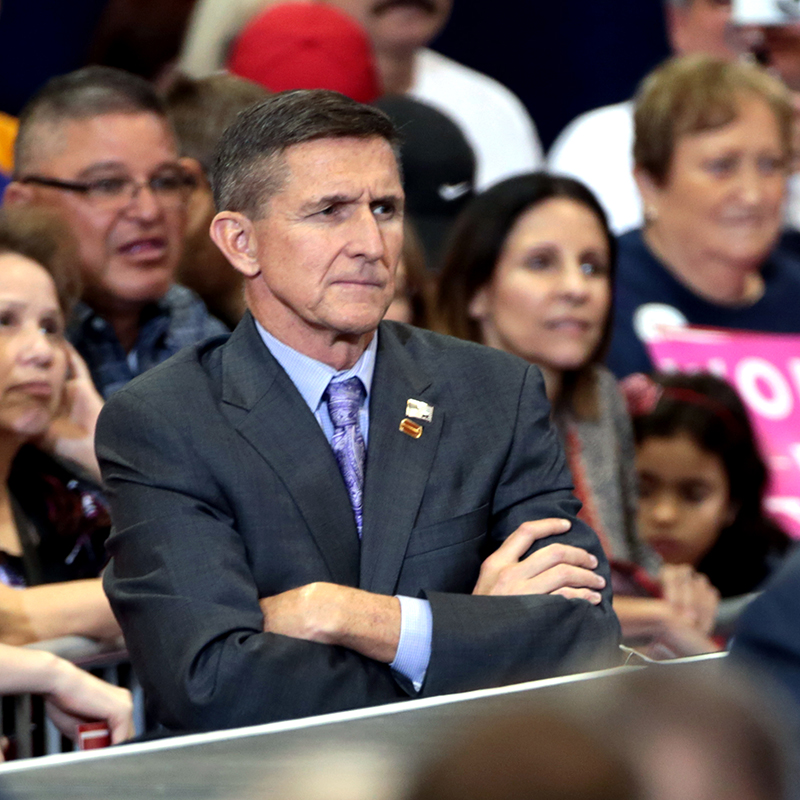 Last week, in a scoop any journalist worth their salt would be proud of, CBS News’ Catherine Herridge obtained the names of the Obama administration unmaskers of General Flynn, and the list contained a major, and unexpected, bombshell: included was the name “Joe Biden.”

For that honest and ethical reporting, Herridge was viciously attacked by Mr. Biden’s “rapid response” director, Andrew Bates, who, after being deservedly criticized for his ad hominem assault on Herridge, quietly deleted his personal attack on the messenger. (Is it any wonder he works for Joe Biden?)

And I’m betting we’ll see a second wave of attacks on Ms. Herridge—one of the best, most principled investigative reporters in a business dominated by Democratic Party water-carriers—over information she released last night, including this in connection to the General Flynn case:

Indeed it does. And this openly biased judge is wearing a bright blue robe with the words “partisan Democrat” emblazoned across the chest.

Yost’s brief, written by Solicitor General Benjamin Flowers, says the Justice Department, part of the Executive Branch, cannot be forced to prosecute a case because of the separation of powers spelled out in the Constitution.”

You know, that document that the Obama administration shredded during its eight years in power.

Now you may recall that Clinton-appointed Judge Emmet Sullivan, in the wake of the DoJ motioning to dismiss charges against General Flynn, made the unprecedented move of soliciting “friends of the court” amicus briefs in what appears a blatant, partisan effort to keep the Flynn case alive.

The short brief also elaborates on the problems that the court created by ‘inserting itself into the Justice Department’s exercise of prosecutorial discretion.'”

The GOP amici are going up against a sealed amicus brief has already been submitted by a left-wing group known as the “Watergate Prosecutors,” urging Sullivan not to toss out Flynn’s guilty plea despite the Justice Department’s request. That group included Jill Wine-Banks—who previously advanced unsubstantiated collusion theories involving the Trump campaign and Russia—as one of its members. (‘Mueller can prove conspiracy with Russia beyond any doubt,’ Wine-Banks previously wrote. She also claimed in 2017 that Flynn would receive ‘immunity for kidnapping as well as his federal crimes.)”

Sounds like a kangaroo court with Dr. Jonathan Crane sitting on its throne.

Can I say, for the record, how appalling it is that Flynn’s constitutional rights are now up for a referendum

this whole process has been bastardized

Indeed it has, thanks in large part to the “scandal-free” Obama administration.

Now, in case you missed it, judicial overreach was already smacked down by a unanimous SCOTUS decision just days ago—the decision authored by none other than Ruth Bader Ginsburg—that admonished the infamous Ninth Circuit for its clear overreach in a case regarding the legality of encouraging illegal aliens to remain in the United States.

And I suspect, should General Flynn somehow find himself convicted of a charge the DoJ wants dropped—how would that happen without the presence of a prosecutor?—that he’d find the SCOTUS on his side of justice as well.

Especially given that the motives of his persecutors are as clear as the space between Nancy Pelosi’s ears:

One of the documents was a top official’s handwritten memo debating whether the FBI’s ‘goal’ was ‘to get him to lie, so we can prosecute him or get him fired.'”

It’s not supposed to matter what your name is, or for whom you were employed and for what political party, or other transgressions you may be responsible for unrelated to the charges you face. In America, our judges are tasked with equal protection of the rights of anyone accused, not the interests of the party who placed them on the bench. So Judge Sullivan has clearly forgotten his role. After all, the entire case against General Flynn is predicated on a partisan effort, king-pinned by his successor, to either hamstring or unseat our democratically-elected president. But rather than abide by the Justice Department’s well-founded request, as is the norm, Judge Sullivan has further politicized the case, usurping the power of the executive branch, making himself investigator, prosecutor, and judge.

The “judge” is usurping they prerogative of the Executive. He then deigns to prosecute the case forward, which is an unconscionable intrusion on separation of powers. Courts exist for the sole purpose of resolving controversy. There is no longer a controversy.

Exactly. And as a consequence, Judge Sullivan, in my humble opinion, should be impeached and yanked from the bench forthwith, for he is clearly wielding not a justice-is-blind eye, but a partisan gavel attempting to keep alive a case that’s meritless. And from where I’m standing, it looks like an attempt to force the president to pardon General Flynn, handing the liberal media a big, meaty bone on which they’ll chew for weeks, screeching about cronyism and abuse of power—all the while being guilty of same—the damage to our justice system and the civil rights of the accused be damned. Two alternative remedies to that scenario would be a potential SCOTUS smack-down of said kangaroo court with precedent already set earlier this month, and/or, of course, a Trump re-election that would keep AG Barr, and the ObamaGate probe, alive. In anticipation of the latter, I suspect Judge Sullivan wants to drag this case out into the fall, in hopes that a Biden Puppet Presidency could continue the historic abuse of power orchestrated under Trump’s predecessor.

The left’s favorite mantra is that “no one is above the law.” But unless and until those who perpetrated the biggest political scandal in U.S. history are held to account—including but not limited to those who railroaded innocent men—then some people are, indeed, above the law. And this rogue judge apparently believes he is, too. Thankfully, we have a small gaggle of attorneys general dedicated to protecting civil liberties who are willing to push back against judicial tyranny. Let’s hope that list grows, and that partisan persecutions go the way of Joe Biden’s lucidity.