Next post
Simone Biles Is Not A Quitter; She Is The GOAT 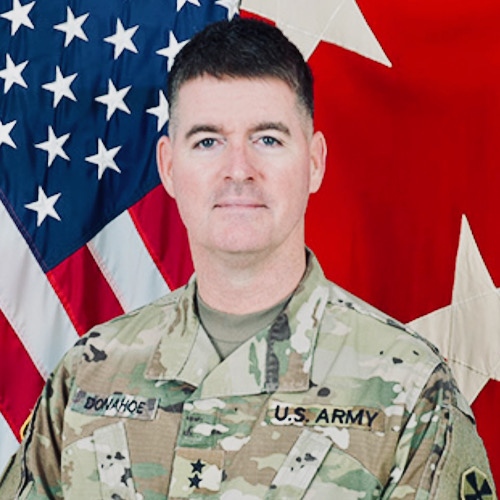 Major General Patrick Donahoe is more concerned about Covid, the Delta variant, and vaccines than he is about ensuring his troops are battle ready.

Fort Benning’s commanding general is warning residents of the dangers of the COVID-19 Delta variant as one of the Army’s largest training posts sees a spike in cases among some soldiers.

Major General Patrick Donahoe said in the tweet Thursday that Fort Benning has seen an increased number of “young trainees” in the intensive care unit and arriving positive for COVID-19.

3 weeks ago. Since then we’ve seen a spike in young trainees in the ICU, spike in trainees arriving positive, and it moves quick in the formation. To get ahead get the shot. Takes five weeks to build the immunity. If you havent done so, do it right now. Delta variant aint playing https://t.co/xtOXNTYuBS

Exactly how many young soldiers are in ICU? No one knows, and Donahoe for sure isn’t saying. Which is interesting given the fact that, while the CDC is now suddenly telling us that vaccinated people need to mask up in key areas where the variant is spiking, we are seeing tweets like this all over the place.

That said, what is concerning about Donahoe’s commentary on Twitter is his subsequent actions, which included saying he’d mandate the vaccines if he could. Then, a legitimate question was asked about concern for the numbers of suicides in the military since May of 2020.

I replied, pointing out that the DOD has lost a total of 26 out of over 2 million personnel in the last year and a half to the virus. In the fourth quarter of 2020, there was a 25 percent surge in suicides across all services. In those three months alone, 26 additional servicemembers took their lives compared to the prior year.

The military’s response to the Coronavirus is almost certainly to blame for the rise. I exited the service in May of 2020, having had plenty of time to witness these policies firsthand. Deployed troops returning home were forced to quarantine for weeks at a time. Masks were required in all public spaces on base. Gyms were shut down. Commanding officers dramatically reduced liberty limits to within only a few miles of base. Those, like me, who were stationed in Camp Pendleton, were prohibited from traveling just 30 minutes south to San Diego during our off hours.

A valid question and the rise in depression and suicides among our soldiers over the last 18 months should be a HUGE concern to our military leaders. Not according to Major General Patrick Donahoe it isn’t.

As was pointed out to Donahoe, suicides are an intentional act. Car accidents are just that, accidents. What did a two-star general do next?

An actual active Major General in the US Army, @PatDonahoeArmy, accusing people who question him on Twitter that they're "shills for Putin." Seems he's thinking more about how to score a Morning Joe appearance that anything related to defending the U.S. pic.twitter.com/qvBpjR6Aho

Now, I saw all of this just the other day, and my jaw dropped. Here we have an Army general engaging in Twitter spats when legitimate questions are asked about overall military readiness, the mental health of our armed forces, and even questions about the general’s track record.

Instead of responding in a militarily professional manner, he accuses people of being shills for Putin, blocks Josiah Lippincott, and then protects his tweets.

I have some serious issues with Major General Patrick Donahoe.

A. IMO his conduct is unbecoming and he should be getting reprimanded …LOUDLY

B. If any soldier engaged in that manner on social media, their ass would be grass on multiple levels

China, Russia, and Iran are major threats to our national security. Yet here we have a general acting like a child on social media. He should be working overtime to ensure our military stays strong and BATTLE READY, not engaging in Twitter spats when legitimate concerns are pointed out.

Our military leaders think they're empowered to boss the citizenry around
Well
When they're not busy calling the White troops racists, holding Pride marches & doing sex change operations.

They have a mission
They have failed miserably at it
Work on thathttps://t.co/NIrPNK8wMJ

Agreed. Our military needs to be able to win wars. Instead, as we are seeing more and more, the military would rather be politically correct.

We are watching our political leadership engage in Covid theatre, discuss so-called insurrections while ignoring eighteen months of our cities burning down because THOSE riots are super cool, and have our military leadership work to undermine the Trump Administration while propping up the Biden Administration and display zero concern that our troops aren’t ready for battle.

Major General Patrick Donahoe’s behavior is a disgrace to the uniform and to this country.

You know that saying, “Lead, Follow, or Get Out of the Way?”

Major General Patrick Donahoe needs to get out of the way.