Previous post
Could Chinese Defector Have A COVID Smoking Gun?

Next post
Catholic Bishops Versus Joe Biden On Communion 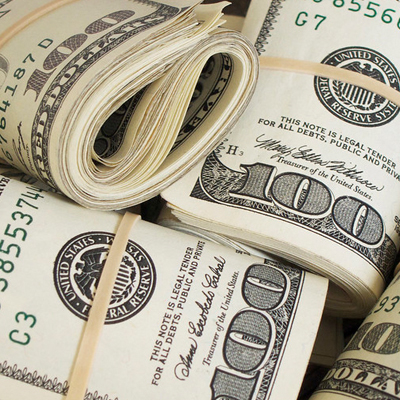 Earlier this week, the Chicago Health Department released a study which shows that black Chicagoans have an average life span of 9 years less than whites. That’s shocking, and tragic, of course. However, Chicago Mayor Lori Lightfoot knows why: it’s because of systemic racism. In fact, racism is a public health crisis, she says.

The State of Health for Blacks in Chicago is a stark reminder of the legacy of unacceptable inequities that continue to plague our city and country to this day. pic.twitter.com/mtrc9SYM4v

Speaking to a group on the city’s crime-ridden west side on Thursday, Lightfoot said this:

“When we think about racism, many of us think about its visible and audible forms. But the reality is, the insidious nature of systemic racism has other impacts that are every bit as deep and harmful but are often ones we can’t see, like impacts on the psyche and other impacts on our bodies that are just as, if not more, deadly. . . .

“At almost every single point in our city’s history, racism has taken a devastating toll on the health and well-being of our residents of color – especially those who are Black.”

As a result of the report, Lori Lightfoot wants to use over $9 million from the federal Centers for Disease Control and Prevention for six “equity zones.” The goal will be to promote “community wellness.”

In other words, she wants to use Covid money to fix systemic racism.

Chicago is not the first city in the US to formally lay health discrepancies at the feet of racism; Milwaukee County, WI, was the first in 2019. Since then Denver; Columbus, Ohio; and Boston have followed suit. But Chicago, as the third largest city in the country, has the biggest impact.

However, Lightfoot isn’t the only Chicago leader who wants to throw Covid money at health disparities. On Wednesday, city aldermen advanced another program that would direct $30 million of Covid money to poor neighborhoods.

So let’s blame systemic racism for health issues, throw money at the problem, and then cough up more money when things don’t improve. Lather, rinse, repeat.

Let’s see what Lori Lightfoot points out as as the “Five Factors” which cause the life expectancy gap:

Sorry/not sorry, but while these are tragedies, they aren’t due to Chicago redlining practices of decades ago, or of Jim Crow laws. Yes, those were unjust. Few people would disagree. But to constantly point to white oppression while claiming victimhood will not make a dent in black health in Chicago.

Indeed, there are “food deserts” in Chicago, which make it difficult for residents of poor neighborhoods to find adequate grocery shopping. But why do they exist? With rampant crime in some neighborhoods, why would any store chain want to open a business there? Why would they risk robberies and pay higher insurance rates when they can set up shop in gentrified neighborhoods?

And then there’s the impact of last year’s George Floyd riots, when stores had to temporarily close due to damage.

Speaking of crime, what about the overwhelming black-on-black crime that occurs in some neighborhoods? Lori Lightfoot cites “homicide” as a factor in health disparity, but how does systemic racism account for that? Or that Kim Foxx, Cook County State’s Attorney, drops criminal cases in the name of “reform?”

Yes, blacks are hesitant to receive vaccines, including those for Covid. But so are many whites, yet they’re ridiculed as no-nothing Trump supporters who don’t believe in science. And while opioid addiction rates are highest among blacks, whites aren’t far behind. In fact, according to the CDC, whites have more addiction than Hispanics. Systemic racism strikes again, apparently.

Lori Lightfoot sees her term as Chicago’s first gay black mayor swirling the toilet bowl, and she needs something to blame for the city’s woes. So she’s beating the drum of systemic racism and holding out her hands for more money that will never fix Chicago’s problems.

Featured image: Pictures of Money/flickr/cropped/CC BY 2.0.