Previous post
Roundup Time: The Winter of the Left's Discontent

Next post
Covid Tests Mailed To Your Home, Eventually 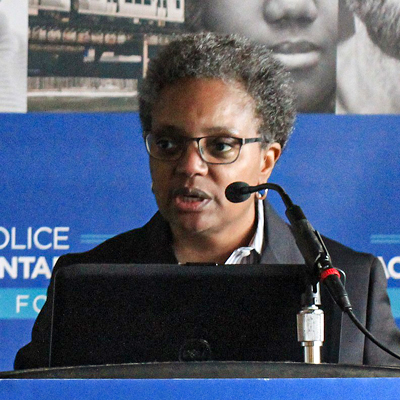 Chicago mayor Lori Lightfoot finally cried “uncle,” and asked the feds for help in quashing the crime wave in Chicago. She smells. . . desperate.

Forget that last year she told President Trump to get lost when he offered federal troops to help when crime was spiking:

“Under no circumstances will I allow Donald Trump’s troops to come to Chicago and terrorize our residents.”

Well, that was then.

Lightfoot is Getting Desperate

Now Trump is gone, so Lightfoot doesn’t mind going hat-in-hand to Attorney General Merrick Garland. Lightfoot told Chicagoans in a speech on Monday that their safety is the Most Important Thing Ever:

“Keeping you safe is my priority — not one of, but the first and primary priority. I wake every morning with this as my first concern and I push myself and all involved to step up and do more and better because we cannot continue to endure the level of violence that we are now experiencing.”

So what does Lori Lightfoot want from her federal saviors?

She wants Garland to authorize agents from the Bureau of Alcohol, Tobacco, Firearms and Explosives to get illegal guns off the streets. In addition, Lightfoot wants judges to stop releasing violent criminals on electronic monitoring.  Their crimes often include murder, sex crimes, gun possession crimes, and kidnapping.

But Cook County Public Defender Sharone Mitchell is not happy about Lightfoot’s plans to increase detention of suspects. In fact, he calls her solutions “textbook policymaking based on fear.”

“The mayor’s regressive proposal calls for the pretrial detention of thousands of people who haven’t been convicted of anything and the plan could only be achieved by exploding the population of Cook County Jail in the middle of a pandemic.”

Of course. It’s always about protecting the criminals, isn’t it?

However, Chicago Alderman Raymond Lopez — whom Lightfoot hates with the heat of a thousand suns — tweeted this:

Lightfoot is asking for help but not leading. Finger-pointing & deflection is all she has to fall on. Nothing she said makes an immediate impact on crime or gives our police immediate resources. Our residents & retailers are left living the same lives they did yesterday- in fear.

Getting Illegal Guns Off the Streets

Lori Lightfoot might think the ATF can get illegal guns off the streets, but there’s always more where those came from. It’s not like the gang bangers are going to fill out forms at the local gun shop.

Instead, Chicago gangs will do what they usually do — steal them from someone else, or go to illegal gun traffickers. Heck, they might even score something like this:

The proliferation of Draco style AK’s amongst Chicago criminals is genuinely terrifying. https://t.co/4QPbsSM86k

As I said above, even if the ATF comes to Chicago to grab illegal weapons, there’s always more to be had. Lightfoot’s call for the feds to help won’t do much at all.

Lori Lightfoot may want judges to stop releasing violent criminals on electronic monitoring. And you might think this is moving in the right direction. But Lightfoot is ignoring the big elephant in the room, and that’s Cook County State’s Attorney Kim Foxx. Foxx has dismissed a whopping 30% of felony charges in her first three years as state’s attorney. And despite the rising crime rate, Lightfoot still endorsed Foxx for re-election in 2019. Because it’s Chicago, where powerful Democrats all scratch each others’ backs. 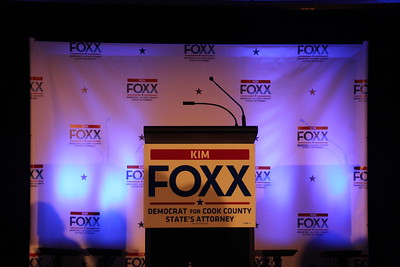 Lori, Your Desperation is Showing

Lori Lightfoot sees the once-great city of Chicago rapidly deteriorating, largely due to crime. So she’s flailing about, saying she wants to fix the city, but it’s mostly about saving her re-election chances.

First she lied, claiming that crime, except for murders, was down. Never mind that carjackings, for example, are up an unbelievable 447% since 2019.

Lightfoot quickly realized that no sane person would buy the crime-is-down bullshit. So she started to blame retailers for smash-and-grab robberies. It’s their fault if their stores get looted.

Chicago mayor Lori Lightfoot says that if you run a business in Chicago, you should be doing more to protect it and she's disappointed with retailers. It's your fault if your store gets looted. pic.twitter.com/Ik6O5rkGPC

“If retailers hired security guard muscle, and there were the inevitable conflicts, Lightfoot would be the first to throw those retailers under the bus. By comments such as these, she makes herself a ridiculous figure. The city just waits for her to go.”

“Are the purses responsible, Lori? You’re a lunatic now.”

And she wants the cops to increase their homicide clearance rate, too. How’s that going to work, when 1000 Chicago cops will likely be retiring or resigning by the end of the year? You can only kick good cops around so long before they get burned out. And they leave. Who’s going to work those homicides?

What Lightfoot doesn’t want to accept is that it’s the decades-long domination of Chicago by Democrats that’s destroying the city. Their policies of catch-and-release, and being soft on crime in order to coddle race-baiters, are finally “coming home to roost,” as Rev. Jeremiah Wright once said.

If Lori Lightfoot thinks that federal agents from the ATF and getting a few judges to go harder on perpetrators will solve Chicago’s crime, she is dead wrong. But if she can get re-elected, that’s all that matters to her.