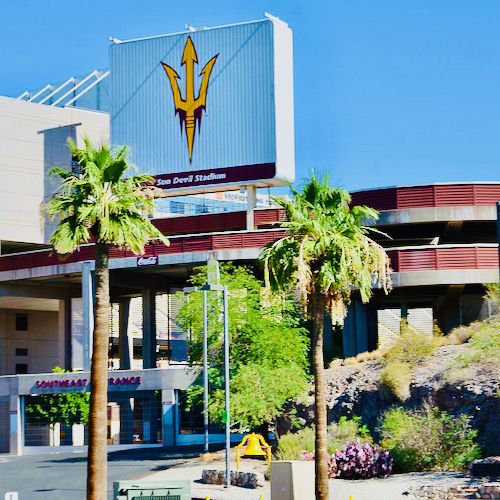 Leftist student organizations at ASU (Arizona State University) are demanding that the school kick “Murderer Kyle Rittenhouse” out of school.

They are very serious about this. So serious that they are planning a sign rally tonight.

And an on-campus rally on December 1st. Their demands are:

Boy howdy. Do they have their shorts in a knot. I can just see that they’ve spent hours and days scrambling for their safe spaces, Pause Pods, and fainting couches over this. What organizations are demanding “Murderer Kyle Rittenhouse” be kicked off of campus?

Students for Justice in Palestine

Groups as far left as one can get. Needless to say, their statement as to WHY they are demanding that ASU kick Kyle Rittenhouse out of school is quite something.

“The goal of these demands is to let the ASU administration know that we as the ASU community do not feel safe knowing that a mass shooter, who has expressed violent intentions about ‘protecting property’ over people, is so carelessly allowed to be admitted to the school at all,” the spokesperson said. “Our campus is already unsafe as is, and we would like to abate this danger as much as possible.”

The Students for Socialism chapter spokesperson contended that the Rittenhouse trial “effectively gives right-winged individuals the license to kill other individuals who protest for human rights.”

“Rittenhouse took the lives of innocent people with the intent to do so—by strapping an assault rifle to himself in a crowd of unarmed citizens. That is the textbook definition of intention. The decision made by the court is one of thousands of cases that have been influenced by biased judges, predominantly white juries, and mistakes inherent in a judicial system founded off of injustice to begin with,” the spokesperson said.

It’s highly evident that A. None of the students in those organizations followed the trial, so didn’t see the crap the prosecution pulled. B. Do not care about our system of justice, and C. Do not understand how jury trials actually work.

Do any of them realize that those who went after Kyle Rittenhouse were…white?

Do any of them realize that Kenosha is…a predominantly white population?

Do any of them realize that there are scores of videos and photos showing MULTIPLE protestors carrying firearms?

How about the fact that Gage Grosskreutz admitted UNDER OATH that yes, he pointed his PISTOL at Kyle Rittenhouse?

Darn those pesky facts! But you see, that doesn’t matter to the students who belong to these leftist organizations. They have their narrative and they are running with it. Hence their ill-advised demands that “Murderer Kyle Rittenhouse” be kicked off campus and out of school.

Here’s something else about these organizations? They have a track record of pulling this crap. In February 2020, an unhinged leftist was caught on camera screaming that all conservatives and President Trump need to have their throats slashed.

This year, leftist students went after two young men who quietly studying at a table in the campus multicultural center. Why? Because those students decided, no white people (men specifically) are allowed.

Two white Arizona State University students were harassed and even called racist by some of their fellow students at the school’s multicultural center over their skin color and support for law enforcement.

Video circulating online shows a group of black female students demanding that the two white male students leave the center because they made the area “uncomfortable” for people of color due to their whiteness and “Police Lives Matter” laptop sticker.

A multicultural student center that caters to all people…except white people. So multicultural with exceptions. Got it. Weeks later, students from some of those organizations then stalked and harassed Senator Krysten Sinema in the bathroom. Once again ASU issued a weak statement. What did the Biden Administration do? Shrugs it off. “No big deal” says Biden!

In other words, there is a pattern of harassment and zero consequences for the actions of these leftist student organizations at ASU.

Here’s the problem with their willful ignorance of the justice system, along with their labeling Kyle Rittenhouse as a murderer.

Why yes, their slander of Kyle Rittenhouse could be quite a problem for those students, and ASU as well! Needless to say, they couldn’t handle the blowback, so they disabled the comments on their Twitter feed!

If ASU has any spine, they will tell the leftist students to pound sand and let Kyle Rittenhouse stay enrolled. That’s a big IF.