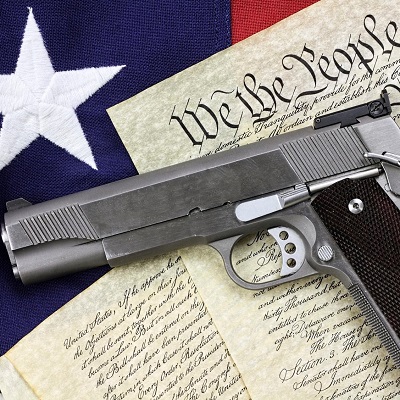 Previous post
Veteran Appeals to Authority to Relieve You of Your Rights, Fails

Kim Arrives in Singapore, Trump Not Far Behind 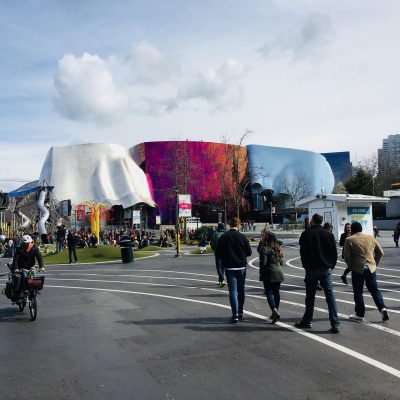 Kim Arrives in Singapore, Trump Not Far Behind 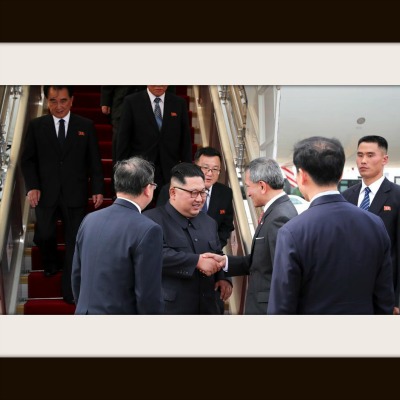 North Korean leader Kim Jong-Un has arrived in Singapore ahead of the summit with President Donald Trump scheduled for Tuesday, June 12. According to “The Drive.com” Air China supplied several aircraft for the North Korean delegation:

The Chinese government, via flag carrier Air China, has supplied North Korea with an Airbus A330 and a Boeing 747. The A330 made a run from Pyongyang to Singapore yesterday before returning back to China. This aircraft seems to have conveyed a North Korean advance team including diplomats and security personnel. The 747-400, which just landed in Singapore, was apparently used to fly Kim and his personal aides to the summit.

Imagine that! Rocket Man has arrived in Singapore for denuclearization discussions with the American President aboard an American made Boeing 747. That would be an automatic score for the U.S.A.

Our friends at the BBC got video of the Mercedes carrying Kim:

From the airport, Kim traveled to the St. Regis Hotel, where “CNN.com” filed this report:

A CNN team was on the scene as Kim arrived at the St Regis Hotel Sunday. Around 20 North Korean guards — distinguishable by red loyalty badges — had earlier taken up positions, some on upper floors overlooking the hotel’s lobby.
Together with Singaporean police officers and hotel staff they created a human shield around the entrance blocking Kim’s arrival from view. Strict security saw hotel guests banned from holding phones or bags and told to remain seated.
When he arrived at around 3:40 p.m. local time (3:40 p.m. ET), Kim went straight to the hotel’s elevators without acknowledging the crowd.
A procession of North Korean officials — including his younger sister Kim Yo Jong — arrived shortly afterward.

I just had to know. In the picture below, the “red loyalty badge” is the red flag pin with “Dear Leader’s” face on it. The East German judges have conferred and have deducted a tenth of a style point from the North Korean score. 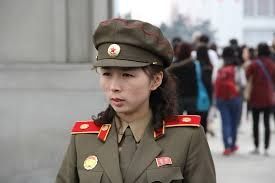 After checking in to the St. Regis Hotel, Kim traveled to The Istana, the offices and entertainment venue for the President of the Republic of Singapore. 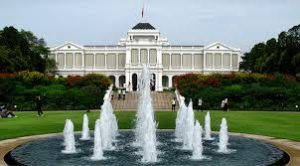 Kim met with Singapore Prime Minister Lee Hsien Loong and thanked him for the opportunity, according to “Channel News Asia”:

“The entire world is focusing on the historic summit between the DPRK and the US, and thanks to your sincere efforts … we were able to complete the preparations for the historic summit, and I would like to thank you for that,” Mr Kim, speaking through an interpreter, told PM Lee.

President Donald Trump will arrive soon in Singapore and will be staying at the Shangri-La Hotel.

The two leaders are to meet on Tuesday at the Capella Hotel on Sentosa island where talks on denuclearisation of North Korea in exchange for economic help will be on the table.

Both Sentosa and the Tanglin area have been designated special event areas by the police and security has been tightened at both places.

Singapore is known for its cleanliness, friendliness and occasional caning.

Some of the issues around denuclearization, include defining denuclearization, verification and timeline. Additionally, will Kim have to declare and destroy poisons and chemical weapons? Will he have to declare and destroy missiles? Also, if the U.S. and other countries give economic aid to Kim Jong-Un, we must verify it reaches his country and not just him.

Another question, before any of this can be negotiated, will an end to the Korean War have to be declared first? As of now, only an armistice has been signed. Finally, we have over 8,000 military personnel still missing from the Korean War. That should be handled on day one.

Too many issues and too many questions will be set before Kim Jong-Un and Donald Trump.