Next post
Imagine Relevant Celebrities, It's Hard To Even Try 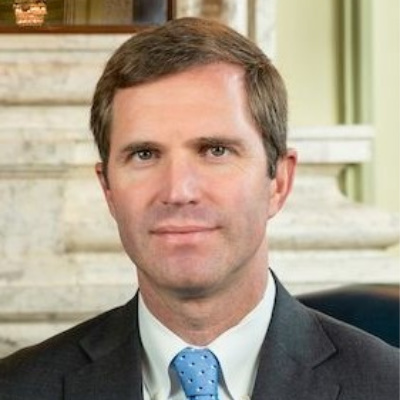 The Democrats are always looking for their next hard crush. And, thanks to this Coronavrus, they have found him in the Kentucky Governor. Governor Andy Beshear would never have been on their radar without Covid-19. I mean, Kentucky? Kentucky is in The South (Quelle Horreur!). In typical Democrat Big Government fashion, they are seeing him as Daddy.

Think about the men the Democrats crush on. They are always men. No one ever had hot fantasies about Hillary Rodham Clinton. Barack Obama had perfectly creased pants that gave at least one journalist a thrill up his leg. Beto O’Rourke was the skateboarding bad boy. Pete Buttigieg was their geek love. Now, they have Andy Beshear and “Govern me, Daddy”. I am not joking.

Salon.com posted an article, “”Govern me, daddy”: Kentucky Governor Andy Beshear a clean-cut sex symbol for the coronavirus age” by Erin Keane. The “Govern me, daddy” meme is explained:

“Govern me, daddy,” cracked Natasha Collier of Lexington on a Reddit thread in response to Beshear’s decisive leadership. When I reached out to ask her about her post, Collier told me that was her response to “a lesbian friend of mine who said that she was starting to develop a crush” on Gov. Beshear too. They’re not alone; just in my social circle I’ve noticed Andy Thirst where before none existed. Turns out competence and empathy, perhaps, are the biggest turn-ons.

“Competence and empathy” from this gubernatorial ingenue? I had to see for myself. Here is the video from Wednesday’s Covid-19 presser, which is referenced in the article:

I only made it about ten minutes in to the video. I got his groove. Kentucky accent, folksy style, and telegenic. That makes him competent, as opposed to the Orange Man Bad (President Trump). Trump doesn’t care about your feelings, is definitely not folksy, and neither his accent or spray tan are telegenic. What really made the Kentucky Governor fangirls squee was that Andy was “brave” enough to take on Bingo Grannies. From the article:

“If you are a bingo parlor in Pike County, you ought to be closed by the end of today,” he said, with unmistakable concern in his eyes. “Those parlors cater to an older and more at-risk crowd.” Forget being brave enough to face the toilet paper-hoarding supermarket crowds, there’s a new benchmark for courage: Andy Beshear’s not scared of angering stir-crazy grandmothers in order to protect his people.

The fangirls see “unmistakable concern” in Andy’s eyes. Well, I watched that part. He is looking down for most of that statement, and when he looked up, I only noticed that his eyes are set too closely together. He is still a good-looking man, but his eyes are very close together. I didn’t see “unmistakable concern”. But, then I am a married woman, of a certain age, and my clothes don’t fall off when a man makes with the pretty words.

Just like Barry O., Beto O., and Pete, Andy Beshear is to the manor born. Educated at Vanderbilt and the son of another Kentucky Governor, Steve Beshear. Pater Beshear left office in 2015. Matt Bevin was then the 62nd Governor. Andy, then, narrowly defeated Bevin to become the 63rd Governor of the Commonwealth of Kentucky. He could have won because of name recognition. On the other hand, he does have all the correct Democrat positions.

Sweet Lord, there is even a “Govern me, daddy” t-shirt:

If you were wondering how things are going in Kentucky…#governmedaddy https://t.co/v7VROkKYRI

If you slide over to Etsy, you can get Andy Beshear face socks. That is, according to the Louisville Courier Journal:

“I really like him a lot,” said Humphrey, who described herself as a moderate Republican. “I’m super not a fan of our president.”

As a former nurse, Humphrey said she loves how Beshear has handled his daily briefings on the coronavirus.

“I didn’t think anyone would buy them,” she said.

Within about five minutes, the Goat Lady said she got about 20 orders for the socks she was selling for $10 a pair. Shipping is free and she’s giving a dollar of each sale to charity.

(Later that night, she sat down at the computer and figured out she was actually losing money and upped her price to $12.)

By about 9 p.m. Saturday, Humphrey said more than 200 people have ordered them.
“It’s so refreshing to have someone you know will be there and tell you the truth and be calming,” she said. “And I love the funny dad things he does. He just makes you feel like, ‘OK, we have this.'”

Wash your hands and keep your social distance, my friends.