Next post
Debate Canceled And It's All Trump's Fault 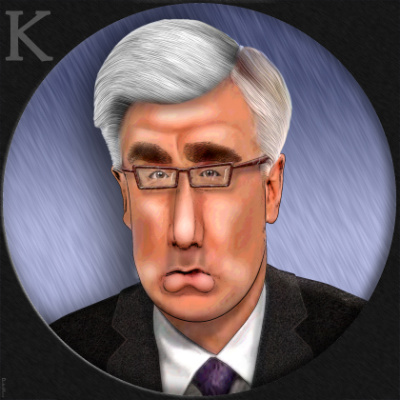 I know exactly what you are thinking, “Keith Olbermann has not been relevant…EVAH.” Hear me out on this one. We are always told that we are the ones going low and acting ugly. Olbermann is the King of Ugly, and on his new YouTube Channel, he goes full on ugly.

I checked out the biography for Olbermann. The Cornell grad has worked at CNN, ESPN, Fox Sports, MSNBC and Current TV, some of them multiple times. A couple of days ago, the New York Post reported that ESPN yet again to host his own YouTube channel. Here is what he told the Post about his new channel:

As good as the hands-on reporting is, as good as they are at ferreting out and describing what’s wrong, I see the cable and broadcast networks still hesitant to say, ‘That’s a lie’ or, ‘This is disloyal to the Constitution’ or, ‘This is an attempt to establish the preface to a dictatorship — or at least authoritarianism,’” Olbermann told the Washington Post. “I think it’s fair to say that conservatives in politics and media know a little bit better what to bring to a knife fight. Liberals — and I’m hearing it from Joe Biden — say, ‘Well, there are Republicans we can work with,’ and I’m like, ‘I can’t hear you; I’m getting the flamethrower ready.’ I’m going to bring the flamethrower.”

Oh, Keith, have you tried therapy? Here is Episode Two of his “Worst Person In The World” um, show. Yeah that’s what we will call it.

Olbermann begins by calling President Trump “25th Amendment Boy” and goes on to rant about a tweet that Senator Mike Lee sent out:

Democracy isn’t the objective; liberty, peace, and prospefity are. We want the human condition to flourish. Rank democracy can thwart that.

Alright, so Lee typed “prospefity” instead of “prosperity” but, Keith, you can put that in your covfefe and drink it. Rank or pure democracy is a place I never want to live in. To quote James Bovard:

Democracy is two wolves and a lamb voting on what to have for lunch. Liberty is a well-armed lamb contesting the vote!”

Rank Democracy is tyranny of the majority, my man.

Keith Olbermann then goes on to blame Trump “Twittler” for the kidnap plot against Michigan Governor Gretchen Whitmer. Let’s not worry about the fact that at least one of the Whitmer plotters is anti-Trump.

Olbermann praises Senator Kamala Harris and calls Vice President Mike Pence a “failed” talk show host. Keith calls for the arrest of Trump, Pence, Attorney General William Barr, Senator Lee and a host of others. Olbermann is an angry idiot, but what really burned my cookies was that he called us Trump Supporters “MAGAts”, that’s internet speak for maggots.

Disgraced former MSNBC host Keith Olbermann, now well beyond "unhinged" and full-on insane, is calling for Judge Amy Coney Barrett, Mike Pence, Sean Hannity, and Bill Barr to be prosecuted, convicted, and imprisoned for the rest of their lives. pic.twitter.com/yBFm91xycF

Look Olbermann, you don’t know shit from shinola about our Constitutional Republic, service to our Country, or the deplorable MAGAts who love Trump and what he stands for.

Unfortunately, this episode of “The Worst Person In The World” had over 34,000 views and many positive comments. There is an audience for this kind of ugly. But, I am not worried. Olbermann will blow it up just as he has every other opportunity that has come to him.

I just wanted y’all to know what kind of ugly is out there.