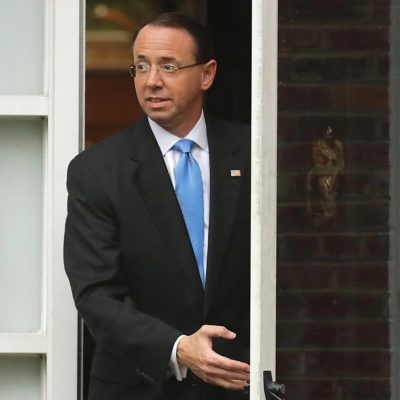 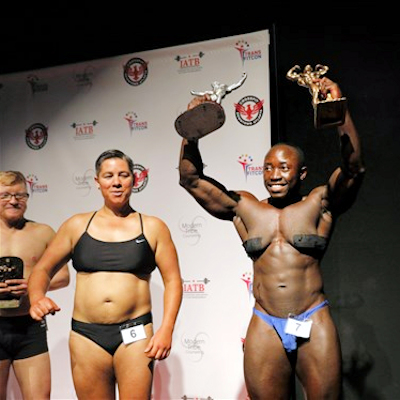 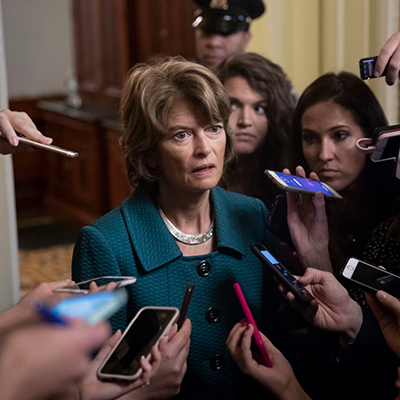 It’s bad enough that Lisa Murkowski continues to stand in the way of defunding the abortion mill that is Planned Parenthood, even with video evidence that they illegally commodified aborted baby parts. And might I remind everyone that she voted to fund pretty much everything Barack Obama’s heart desired, including protecting the train-wreck that is ObamaCare?

And then along came Donald Trump who, in exchange for her vote on tax reform, solidified THEE thing Murkowski and so many Alaskans have coveted for decades: drilling in ANWR, a major boon to Alaska’s economy, and thus the nation’s.

And in return for that historic win, she did this: rather than support a highly-qualified man whose integrity is beyond reproach, she voted against Brett Kavanaugh to become the 114th Supreme Court Justice. Why? Well, firstly, she released this dreck on social media explaining that the Me Too movement—which has been weaponized against anyone the Left wants silenced—is bigger than one SCOTUS justice:

wait Murkowski just said she is still undecided .. here is her statement pic.twitter.com/cwGmtmZB7c

And then she rambled on pathetically pre-vote on the floor of the Senate about “temperament.” The same woman who voted to approve Obama’s SCOTUS picks ignored decades of Kavanaugh’s impeccable behavior on the bench in favor of one assertive moment where an innocent man was protecting the good name of both himself and his family from the most vile slander the Left has lobbed at anyone in recent memory. It even surpassed that endured by then-SCOTUS nominee Clarence Thomas.

President Trump said Saturday that Murkowski’s vote was “really unacceptable” in a brief phone interview with The Washington Post.

“I think she will never recover from this. I think the people from Alaska will never forgive her for what she did,” Trump said, predicting that Murkowski would have a tough primary race in 2022, when she is up for reelection.

Nor is Murkowski’s state party back in Alaska:

Party Chairman Tuckerman Babcock says the committee could decide to issue a statement. Or he says it could withdraw support of Murkowski, encourage party officials to look for a replacement and ask that she not seek re-election as a Republican.

He says the party took that more extreme step previously with state legislators who caucused with Democrats.

He says all this follows outrage from Alaska Republicans.

And they’ve requested that she submit any evidence that may persuade them from booting her out of the GOP posthaste. Something tells me it won’t be the compelling, fact-based argument delivered by her colleague, Senator Susan Collins. In fact, images like this one will not help her make her case: 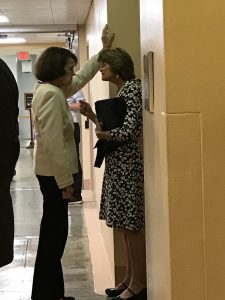 And then there’s Sarah Palin, who tweeted this now-infamous phrase following Murkowski’s vote:

And last night, Palin joined Newsmax’s Joe Pagliarulo on his radio show, where he asked her THEE QUESTION:

Suffice it to say: Palin is not happy with Murkowski; and, yes, she is considering challenging her in 2022.

Senator Murkowski is no shrinking violet. She propelled herself back into the Senate following elimination in the 2010 primary by Tea Party challenger, Joe Miller, only to then go on and win a write-in campaign that would have sunk just about anyone else. And I suspect Mitch McConnell’s Magic Machine will have something to say on whether she stays, or she goes, in 2022.

While I don’t disagree that our senators should think for themselves, and not simply toe the party line, the party line Republican Senator Murkowski typically toes is the Democrats’. So I’d love to see a true conservative take the seat she’s held for far too long. Murkowski has never won a majority of the vote in any of her races, which suggests much about her popularity. Nevertheless, our party has this annoying little habit of, time and again, running multiple truly conservative candidates against a squish, handing said squish a win with less-than-a-majority of the electorate. So in order to take her out, the party must run ONE, and only ONE, conservative primary challenger.

And I’ll say this about that: Palin was one of the first to recognize the rise of Trump—when I didn’t yet see it and criticized her for it—the businessman who’s turned our economy around, slashed Obama’s Regulation Nation, crushed ISIS with the competent help of a little Chaos, and generally been a surprisingly reliably-conservative president. And we know the Left is threatened by Palin when already their canons are aimed at her at the mere thought of a Murkowski primary challenge. So, yes, I can see Sarah Palin from my house.

The questions are: Regardless of whether or not the party acts, is Sarah serious? And does she still have that blue-collar appeal that made her John McCain’s running mate, and who out-Bidened Joe Biden? Only time will tell. But I’m all-in for a fresh, new, conservative Senator from Alaska, whomever that may be.