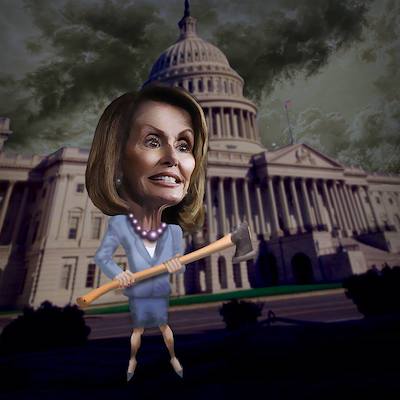 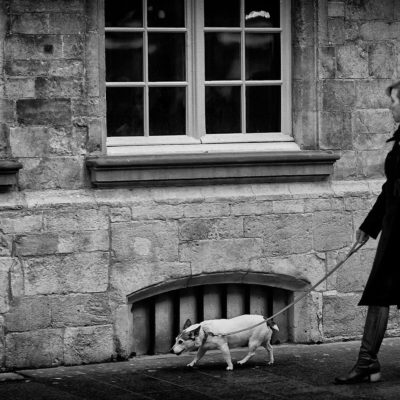 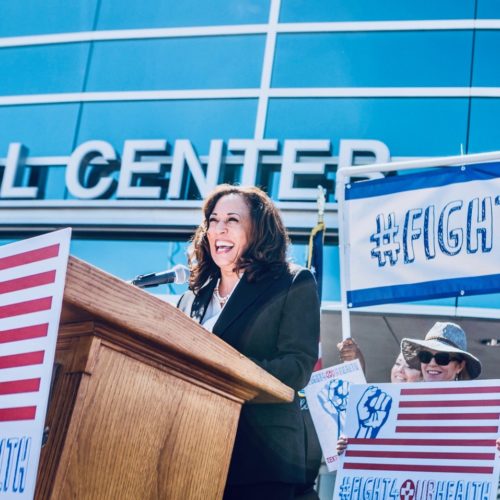 To no one’s surprise, Kamala Harris (D-CA) announced that she is indeed running for President in 2020. She announced this during an interview with Good Morning America, and debuted a video on Twitter. Keep in mind, she’s a Senator from California, yet her campaign office will be in …Baltimore. Interesting choice. Meanwhile, her campaign announcement seems quite awkward.

As you can see from this video above, along with the actual GMA announcement found here, her entire body language is weird. Shoulders hunched, hands rigidly clasped. She seems uncomfortable.

Does she give a nice elevator speech that culminated with her announcing she’s running? Nope, just an awkward, ‘I am running for President of the United States.’ Kinda falls flat in my opinion.

Oh, and there is you know, absolutely ZERO bias in the news room since we hear a cheer from someone behind the scenes when she confirms she’s running.

I'm running for president. Let's do this together. Join us: https://t.co/9KwgFlgZHA pic.twitter.com/otf2ez7t1p

Lots of bright shiny tag words. Of course the mainstream media is all in!

Sen. Kamala D. Harris of California joined the 2020 presidential contest on Monday, thrusting a daughter of immigrants from Jamaica and India into the Democratic race two years after she arrived in the Senate.

Harris, a 54-year-old former prosecutor raised in a state that has been the crucible of the Trump resistance, expanded a growing field of candidates fighting for the nomination of a party that is increasingly nonwhite and fueled by women alienated by the president.

She made the announcement during an interview on ABC’s “Good Morning America” and in a video that her campaign posted online.

“The future of our country depends on you and millions of others lifting our voices to fight for our American values,” she said in the video. “That’s why I’m running for president of the United States.”

Ok, ok. Let’s chat about a few of her buzzwords shall we?

She’s all about those for everyone. Well, except for Larry Wallace’s accuser. You have to get 3/4 of the way into the article before the WaPo deigns to point out the issues regarding her senior advisor, Larry Wallace and the sexual harassment allegations that we wrote about here.

She’s all about truth and justice for everyone EXCEPT Brett Kavanaugh.

Sure, she’s all about decency. Unless it’s her fellow democrats like Maxine Waters or Cory ‘Spartacus’ Booker who tell supporters to physically go after conservatives, then Kamala goes radio silent.

Nor is it decent of her to go after a justice nominee because he dared to be a member of the Knights of Columbus.

Was it decent of her to compare ICE to the KKK? Nope.

Kamala Harris: “My entire career has been focused on keeping people safe."

Except people before birth.#prolife #MAGA2020

Yeah, abortion is absolutely horrifically INDECENT. Yet there you sit, on the wrong side of that particular fence.

Sorry toots, Medicare for all isn’t equality. Nor is pandering to illegal immigrants over American citizens and those who have entered the U.S. LEGALLY.

Guess what Kamala? We live in a REPUBLIC. Something you’d like us all to ignore.

Supposedly Kamala had planned a grand announcement for this weekend, or even today to take advantage of the Martin Luther King holiday. Instead, we get an awkward announcement on GMA and a campaign video littered with buzz words and staged people.

Has she offered anything new? Sure doesn’t look like it.

Why should anyone vote for her? Because she’s a fighter who is ‘running for the people.’

Well that’s terrific. And it says exactly nothing of substance.

Right now, the only thing she has going for her is that California moved their primary up. As long as she is the only contender from that state, she could very well sew up that vote, unless she performs an epic face plant between now and then. Here’s hoping.