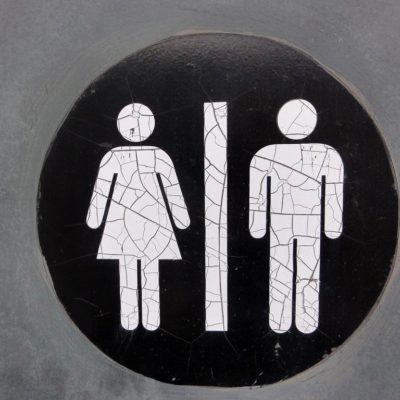 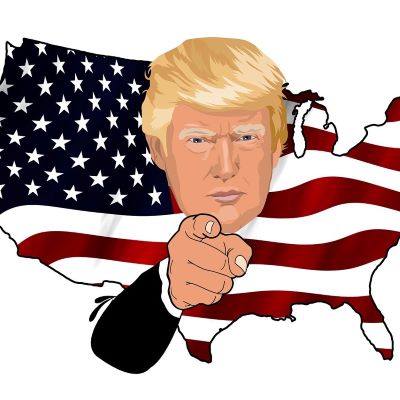 Next post
4 Ways CNN is Full of Bovine Excrement 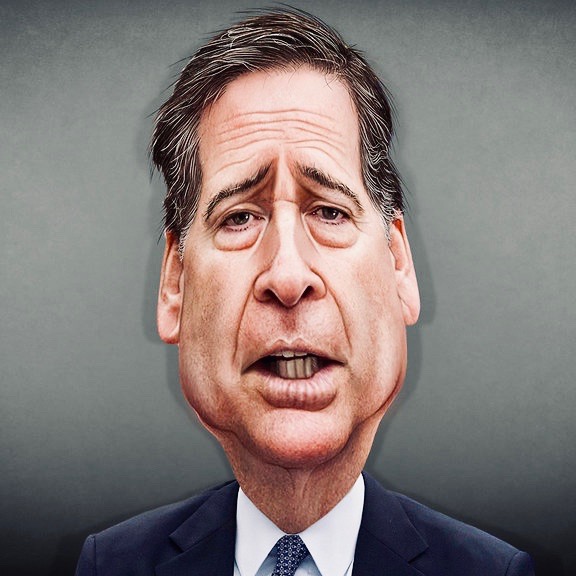 James Comey is worried. The Mueller Report didn’t turn out as he planned. Furthermore, new information is coming to light every day that casts doubt on what little veracity he has left. The William Barr interview with Fox News Bill Hemmer really set him off. Comey claims Barr isn’t acting professionally and is sliming his department.

Here’s the interview. It’s worth your time.

Key quote from the interview:

““What I will say is that I’ve been trying to get answers to questions and I’ve found that a lot of the answers have been inadequate and I’ve also found that some of the explanations I’ve gotten don’t hang together.””

In other words, as Barr investigates the investigators, said investigators are stonewalling him. Not only that, but from his comment, it is evident that stories aren’t adding up.

James Comey didn’t like what he heard and took time from gazing down roads going nowhere to tweet slam Barr.

The president claiming the FBI’s investigation was “TREASON“ reminds me that a Russian once said, “A lie told often enough becomes the truth.” That shouldn’t happen in America. Who will stand up?

The AG should stop sliming his own Department. If there are bad facts, show us, or search for them professionally and then tell us what you found. An AG must act like the leader of the Department of Justice, an organization based on truth. Donald Trump has enough spokespeople.

So much to unpack here.

Comey was totally fine with allowing the Steele Dossier to be used as leverage to get four FISA warrants issued against Carter Page. He was completely ok with ignoring Hillary Clinton’s multiple servers, blatant national security breaches, deletion of thousands of emails, and the use of hammers and Bleach Bit before announcing that there was no ‘There There’ in July 2016.

Would any of that be considered as leadership or professional behavior. I think not.

Then there is the recently uncovered feud between Comey and John Brennan. Over in ring one it’s Spy vs Spy! *yes, I did use that dreaded S word! Sorry, not sorry!

There’s an email chain that has Brennan and Comey blaming each other for the use of the Steele Dossier.

“In the email, the then-FBI director allegedly informed his subordinates that then-CIA Director Brennan had requested that the dossier be included in the so-called 2017 Intelligence Community Assessment, a report on Russian interference that predated special counsel Robert Mueller’s investigation into alleged Russian collusion by President Donald Trump.

“Fox News was told that the email chain — not yet public — referred to the dossier as ‘crown material,’ but it was not clear why this apparent code was used,” Fox reported Wednesday.”

However, there’s a problem with Comey’s assertion.

Both stories can’t be true!@Comey told FBI in late 2016 that BRENNAN insisted on including the Dossier in the intelligence community assessment.

But CIA claims COMEY made the recommendation, and Brennan and Clapper objected.https://t.co/dzhy5fjG9V

We need more popcorn. But I digress. The CIA is pushing back hard against these latest revelations. Brennan and Clapper were the ones who didn’t want the Steele Dossier to be used!

““They opposed this because the dossier was in no way used to develop the ICA. The intelligence analysts didn’t include it when they were doing their work because it wasn’t corroborated intelligence, therefore it wasn’t used and it wasn’t included. Brennan and Clapper prevented it from being added into the official assessment. James Comey then decided on his own to brief Trump about the document.””

This is Spy vs. Spy at it’s three-ring circus best! 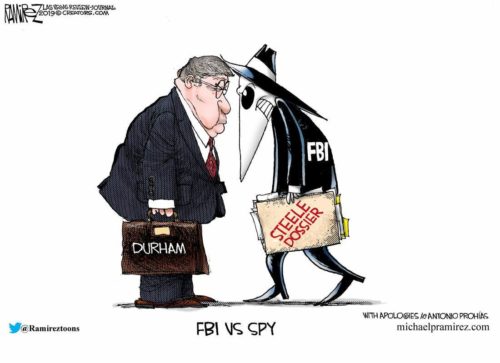 Keep in mind that there was this little gem buried in the House Permanent Select Committee on Intelligence final report on Russia:

“Finding #44: Former Director of National Intelligence James Clapper, now a CNN national security analyst, provided inconsistent testimony to the Committee about his contacts with the media, including CNN.”” [Emphasis Added]

Yet, here we have James Comey throwing a snit fit over William Barr’s interview last night. He and others are worried about what else Barr will find out during the course of his investigation. Playing the blame game notwithstanding, James Comey is obviously trying to craft his own CYA narrative.

Since Barr, rightly so, laughed off Nancy Pelosi’s charge that he lied under oath to Congress, Comey is trying another tack by going after Barr’s leadership and professionalism.

Dude….you were supposed to be the "top cop" at @FBI. Are you saying your professional abilities weren't up to the nature of this investigation? Are you really claiming you're incompetent?

Good question. James Comey is worried and rightly so. His OWN leadership and professionalism is in serious question. Seems to me that he should go back to looking up at trees and wait for the ax to fall.