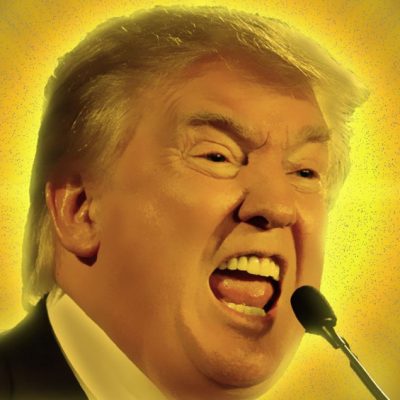 Previous post
Donald Trump Says He Will Save Christianity (videos)

Next post
Hillary For Sale Or Rent! Was Available To Donors While Secretary Of State

The think tank Threat Knowledge Group just released a very comprehensive threat analysis of ISIS-related arrests within the United States. And that information is sobering and needs to be taken very seriously.


The report lists out “82 individuals in the United States affiliating with ISIS have been interdicted by law enforcement since March 2014 (including 7 unnamed minors and 4 killed in the course of attacks)” and provides their names and ages. I took a look at the ages of the people who were listed. Out of the 82 people, 52 of them are 25 years old or younger. Eighteen of those names listed were age 19 or younger. The youngest person listed was 15 years old. Obviously, the list included people like this young woman, but that doesn’t make them any less of a threat. The fact that so many YOUNG people have been connected, arrested, or convicted of trying to aid ISIS should make us all worry.


Here are some more frightening facts from the report:

– More than 250 individuals from the United States have joined or attempted to join ISIS in Syria and Iraq according to the Final Report of the Task Force on Combating Terrorist and Foreign Fighter Travel published by the U.S. House of Representatives Homeland Security Committee in September 2015.
– The FBI currently has nearly 1,000 ongoing ISIS probes in the United States, according to a recent report by Judicial Watch.
– ISIS is recruiting within the U.S. at about three-times the rate of Al Qaeda.

The report also notes how effective ISIS has been in using Twitter as a platform to collect followers.

Glenn Beck noted on Facebook that this should have us all a lot more concerned than it does.

We need to be clear about who our enemies are. Foreign and domestic.

Hillary Clinton sadly said that she views the biggest enemy the republicans.

We must wake up and stop participating in this side show. We are better than this.

If we are to survive we need to know the truth, know history, know our enemies, who is assisting them and how we can defeat them.

But you know who isn’t that worried? President Obama, who is busy this weekend in Paris not thinking so much about terror – though he did pay a respectful visit to the street memorials for the victims of the Paris attacks – but about the REAL problems in this world.

Obama was joining more than 150 leaders for the opening days of a two-week conference where countries are trying to negotiate an agreement aimed at avoiding a calamitous increase in global temperatures. In a Facebook post as he flew to Paris, the president said he was “optimistic about what we can achieve because I’ve already seen America take incredible strides these past seven years.”

At the summit’s opening Monday, Obama and French President Francois Hollande were to join tech giant Bill Gates to announce new public and private efforts to dramatically increase spending around the globe on developing clean energy technologies that can help reduce greenhouse gas emissions. The U.S. and at least 19 other governments will pledge to double their clean energy research and development spending in the next five years, even as Gates and wealthy businessmen from 10 countries pledge billions more in private spending to encourage green energy innovation, the White House said.

For the U.S., that means doubling government spending on clean energy research to $10 billion over the next five years.

I’m sure it will be of great comfort to the victims of the next terror attack – and there will be a next one – that these 150 leaders got together to try and hammer out regulations about green energy. I am all for having a clean and tidy planet for us to live on. (Pssst, climate change protesters – STOP LITTERING, for starters.) But call me crazy, I am a little more concerned that holiday shoppers might present an enticing soft target to a suicide bomber and kill hundreds of innocent people, than I am about the temperature of the earth rising less than one degree in a hundred years. I would much rather see world leaders figure out how to stop the refugee crisis by turning the sand around the leaders of ISIS into glass. Besides, if these are the people that the climate change crowd has supporting them…

This is what the climate change protesters have done to the memorial to those murdered last week #Paris. pic.twitter.com/MFGkjWRQfT

After all, it would be nice if there was someone other than ISIS left to help clean up the planet. I don’t think they are that interested in recycling programs and green energy research. Just a hunch.