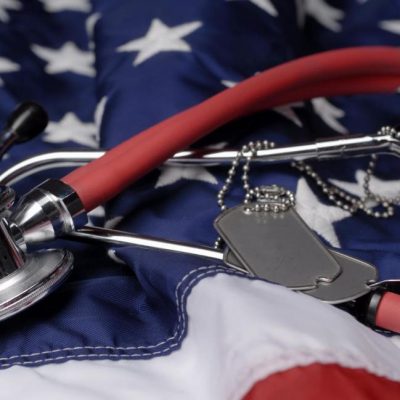 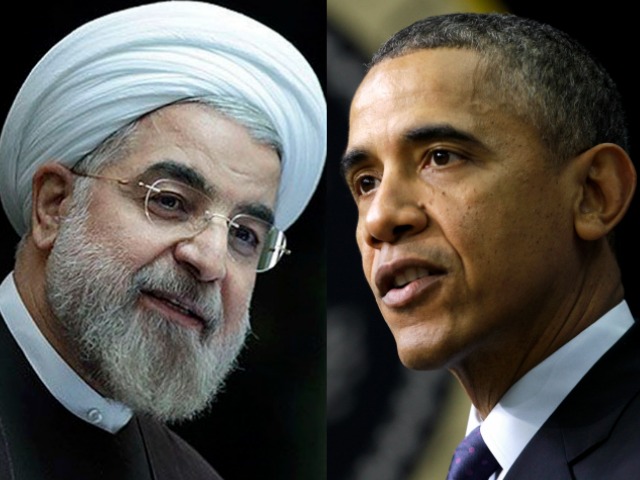 While engaging in a happy dance around the White House, President Obama actually said something honest for once:

“This deal is not built on trust, it is built on verification,”

That will be the only truthful utterance he will ever make about this deal with the devil. Keep in mind, this is a deal NOT a treaty. No matter which way Obama and John Kerry want to slice it, there are major differences between the two, but he doesn’t care. He gets to be super buddies with Iran now. 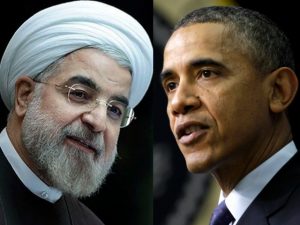 In fact, according to him while conducting a wiffle ball interview with a fawning Thomas Friedman; this deal was the only way to work with Iran because maintaining sanctions is difficult you know?

The problem is, this deal leaves us with zero leverage. Furthermore, given Iran’s track record for the last 40 years…any promise that Iran makes doesn’t mean squat. Clear headed people around the world know this so-called deal is historic alright, historically BAD. Rightfully so, they are asking very pointed questions. Canada is very skeptical. Israeli Prime Minister Benjamin Netanyahu has been warning against this deal for months, specifically during his speech to Congress in March. Yesterday, while speaking with NBC’s Lester Holt, he warned again of the dangers of this deal. Here’s what we won…er lost with this deal. 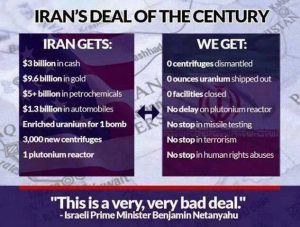 Lets not forget about Facilities inspections!

According to the terms of the agreement, United Nations inspectors will be able to check any suspicious facility in Iran within a period of up to 24 days.

“Can you imagine giving a drug dealer 24 days’ notice before you inspect the premises?” Netanyahu said. “That’s a lot of time to flush a lot of meth down the toilet.”

You know, he asks a damn good question! Senator Tom Cotton (R-Arkansas), himself a veteran of the war in Iraq firmly believes that this deal is a grievous, dangerous mistake. Alan Dershowitz bluntly stated that the Iranians out-negotiated the U.S. at every turn. Furthermore, he believes that there is a huge difference between delaying Iran’s ability to develop a nuclear arsenal or prevent it altogether. In fact, he expects the President to clarify his remarks:

The burden of persuasion is now on the Obama administration to demonstrate that President Obama was accurately describing the deal when he said that it will “prevent” Iran from “obtaining a nuclear weapon.” It is a heavy burden that will be – and should be – difficult to satisfy.

Standing in the rubble of the World Trade Center in 2001, could anyone then have imagined the atrocity of this nuclear gift to Iran today?

It's extremely hard to stomach any deal with a country whose primary mission was killing as many American troops as possible. #IranDeal

I had to chuckle a bit at the tweet by Justice Willett. The problem is, I don’t think they’ve resumed construction…I think they never STOPPED.

Today the President decided to give a lecture…er press conference to talk about his favorite new toy, and we find out that the President is NOT a fan of the questions or criticism he’s receiving. ABC’s Jonathan Karl was schooled about high school physics and the 24-day inspection delay.

CBS reporter Major Garrett asked the President about the American hostages that Kim wrote about yesterday.

My goodness, he’s certainly touchy isn’t he??!! Evidently one must NEVER question the Emperor!

Well guess what? Obama had better get ready for a solid 60 days of questioning from all of us. At the end of those 60 days Congress and all America must unequivocally say NO to this deal with the devil. Otherwise, Obama and his merry band of knaves and fools will continue to hurl us down the path of destruction.