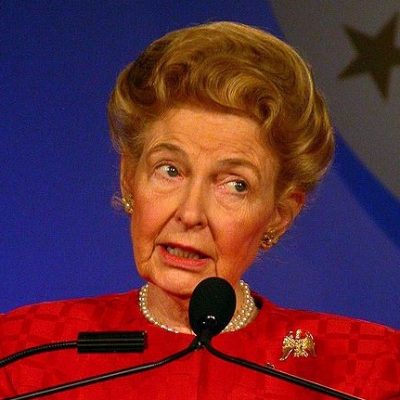 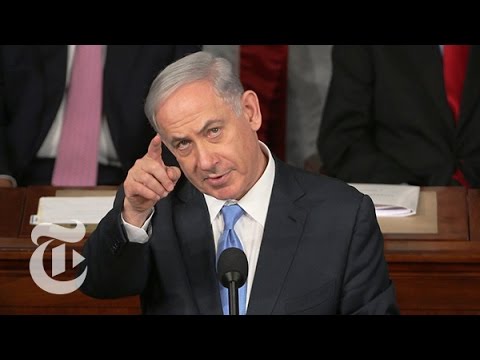 Israeli Prime Minister Benjamin Netanyahu addressed Congress today in the most important speech of his life, giving that body an impassioned warning that an upcoming nuclear weapons deal with Iran would imperil his nation, as well as the world.

He spoke for about 40 minutes, and was interrupted about 40 times by applause and standing ovations. Emphasizing the support that the United States has always given to Israel, he said that “this Capitol dome helped build our Iron Dome.” Netanyahu praised President Obama’s aid — both well-known and less-known — to Israel, despite the fact that neither Obama nor any of his administration showed up for this historic speech.

He spoke of how Iran’s founding documents are not rooted in liberty, as are those of the United States, but in “death and jihad.” Iran is now  “gobbling” up nations, and even though Iran and ISIS are supposedly at odds, Netanyahu noted that they are both battling for the ‘crown’ of radical Islam, urging the audience not to be fooled. “The enemy of your enemy is — your enemy,” he warned, and while ISIS has ‘butcher knives and YouTube,’ Iran could soon have ICBMs.

The deal proposed, he said, “paves Iran’s path to the bomb.” There are two dangerous concessions the US has made with Iran:  first, not a single centrifuge will be demolished. The presence of inspectors does nothing — inspectors only document violations, not prevent them, and Iran is also skilled at playing “hide and cheat.” But the most dangerous concession, Netanyahu warns, is that the restrictions on Iran expire in 10 years, after which Iran has proposed to have 190,000 centrifuges to serve its aggressive regime. Said Netanyahu: “The second concession creates an even greater danger, that Iran could get to the bomb by keeping the deal. This agreement doesn’t block Iran’s path to the bomb, it paves Iran’s path to the bomb.”

Is there no alternative to this bad deal? Netanyahu proposed increasing pressure on Iran, and if they walk away, then call their bluff. As he said, “they need a deal a lot more than you do.” He referred to the Robert Frost poem “The Road Less Traveled” when he remarked that pressuring Iran is difficult, but that “the difficult path is the one less traveled, yet it will make all the difference.”

The Prime Minister pointed out that in the audience was the author, Nobel Prize winner, and Holocaust survivor Elie Wiesel, who received a standing ovation from Congress. Referencing the Holocaust, Netanyahu urged the United States not to make the mistakes of the past, but also declared that “Jews will not remain passive” in the face of genocidal maniacs. “Those days are over. We the Jewish people can defend ourselves. Even if Israel has to stand alone Israel will stand.”

Here is a video of the full speech provided by the New York Times. At 21:40 is the start of the actual speech. The complete transcript can be found here.

This speech was the third time the Prime Minister has addressed a joint meeting of Congress, which is equaled only by the late Prime Minister Winston Churchill. They remain the only foreign leaders to have addressed Congress three times.

Prior to the speech, Netanyahu was given a bust of Churchill by House Speaker John Boehner. It seems only appropriate that the Israeli Prime Minister be presented with such a gift, and not only because of the three times both Prime Ministers have addressed Congress.

Benjamin Netanyahu has become the Winston Churchill of this early 21st century. The parallels between both men and their times are striking, and ominous. Both men were and are leaders of small but significant free nations during dangerous times — Churchill as a member of the British Parliament during the rise of Nazi Germany, and Netanyahu as the current Israeli Prime Minister during the rise of Islamism. Churchill warned of the perils of appeasing Hitler, and Netanyahu today warned of making a bad nuclear weapons deal with Iran, a radical Muslim theocracy which sponsors terror groups and seeks to destroy Israel.

Had Britain and the rest of western Europe paid heed to the warnings of Churchill, could World War II have been averted? That’s conjecture for historians. But on this day of Benjamin Netanyahu’s most momentous speech, President Obama and Secretary of State John Kerry should learn from history, and avoid the foolish trap of trying to appease evil.