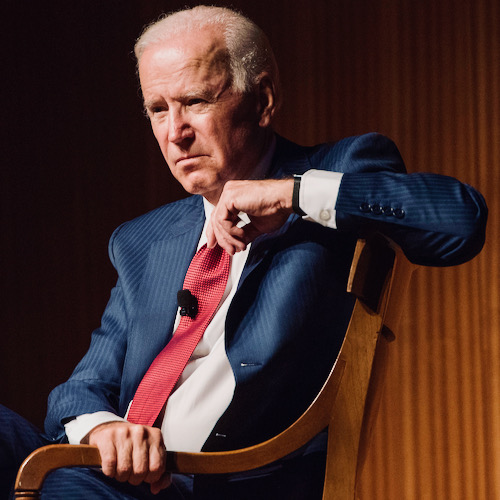 Iran is delaying nuke and prisoner swap talks, and evidently the Biden Administration is a little ticked about it.

The State Department slammed as “outrageous” comments made by Iran’s deputy foreign minister who alleged the U.S. and Britain were holding the swap “hostage” to the negotiations over salvaging the 2015 Iran nuclear deal, known as the Joint Comprehensive Plan of Action or JCPOA.

In a pair of tweets from his verified account, Seyyed Abbas Araghchi said the nuclear talks in Vienna could not resume until Iran’s hardline president-elect is inaugurated in early August. “We’re in a transition period as a democratic transfer of power is underway in our capital,” he said.

The nuclear talks “must thus obviously await our new administration. This is what every democracy demands,” Aragchi said. He added that the U.S. and Britain “need to understand this and stop linking a humanitarian exchange — ready to be implemented — with the JCPOA.”

Ok, there are several things within those three paragraphs that caught my attention.

First: Iran is saying that they are involved in a “democratic transfer of power.” Since when have the Iranian people been able to enjoy a democratic transfer of power? Not since the Shah was overthrown, that’s for sure! But also, how arrogant of Araghchi (parroting the rest of the Iranian government) to proclaim thusly when it is THEIR dictatorship that is leading to people starving in Iran?

Secondly: The inference is ‘give us our nuclear deal first’ and adhere to the demands WE make! Prisoner swap? Who cares?

Third: Iran evidently doesn’t care about currying goodwill from the rest of the world. They want their nukes and to hell with all the rest.

Just a few days ago, four Iranian nationals were charged with a plot to kidnap a U.S. journalist.

According to an indictment unsealed Tuesday in a New York federal court, Alireza Shavaroghi Farahani, aka Vezerat Salimi and Haj Ali, 50; Mahmoud Khazein, 42; Kiya Sadeghi, 35; and Omid Noori, 45, all of Iran, conspired to kidnap a Brooklyn journalist critical of the Iranian regime.

“As alleged, four of the defendants monitored and planned to kidnap a U.S. citizen of Iranian origin who has been critical of the regime’s autocracy, and to forcibly take their intended victim to Iran, where the victim’s fate would have been uncertain at best,” US Attorney for the Southern District of New York Audrey Strauss said in a news release.

Now one would think that the U.S. after learning about that plot, along with the fact that Iran has continually defied the United Nations sanctions, would call a halt to the Iran Deal. Right?

Instead, the Biden Administration, while admitting they seem to be getting nowhere, had decided to keep moving forward with the negotiations. Senator Bob Menendez D-NJ) opined that it seems Iran, with this latest, isn’t operating in good faith. YOU THINK??!!

Fast forward just a couple of days and now the Biden Administration is ticked at Iran for refusing to discuss the prisoner swap along with key points of the Iran Deal.

Memo to the Biden Administration: What the hell did you expect? The original Iran Deal (six years ago this week) was never ever ratified. Nor did Iran sign off on it. Not only that, but Iran did its damndest to work on more centrifuges, happily took back the terrorists Obama gave them, and used those pallets of cash to sponsor more terror around the world!

Yet the Biden Administration thinks Iran will play nice, talk prisoner swap, and back down from building nukes? Not hardly!

Meanwhile the Iranian government is also making things worse for Iranian citizens. There are protests right now. Against the government for sure, but more so in an attempt to call attention to the fact that their dictatorial government is leaving many cities and towns WITHOUT viable drinking water.

The Biden Administration is ticked because Iran is playing games regarding both the Iran Deal and the proposed prisoner swap. They shouldn’t be surprised nor ticked off. Iran has continually shown the world its true colors, yet the Democrats continue to blindly forge ahead with trying to give Iran a nuke program. I wonder why? Perhaps so Obama can get his legacy back?

Feature Photo Credit: Biden at LBJ Library in 2013 via Flickr, cropped and modified