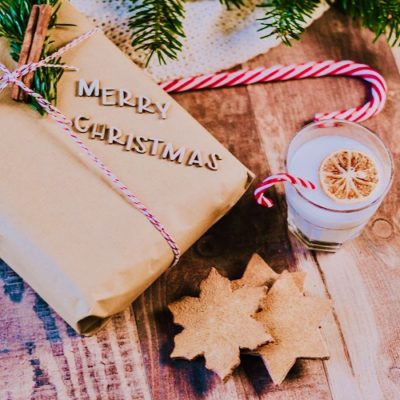 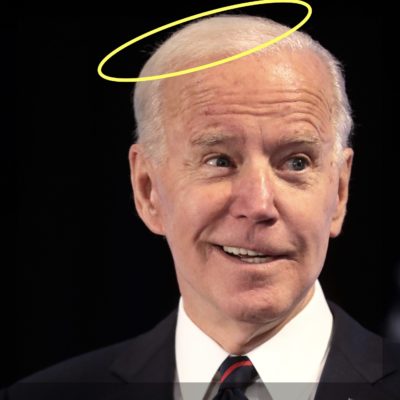 Neither a Prophet nor a Magi, Biden is being overhyped as a savior. A man who can fix all things for the forlorn progressives. He’s going to fail them, and the media will continue to provide cover for their false prophet.

Looking to Joe as a great reformer of criminal justice is monumentally misplaced faith.

Despite a history of works contrary to his new words, progressive reformers are hopeful that Biden can effect huge changes in the justice system. A CNN opinion piece, written by two lawyers, reads like a fantastical voyage into memory loss.

As immigrants, criminal justice leaders and Americans who believe in our nation’s promise of liberty and justice for all, we applaud the incoming President’s commitment to this important work. Moreover, we believe he should make full use of his authority as President — beginning on day one — to root out racist and failed policies prevalent in our justice system.”

Do they know Biden was an architect behind the very bill that put brown and black people into prison for excessively long sentences? The one that focused almost exclusively on crimes perpetuated in black and brown communities?!

Even The Atlantic digs deep as an apologist outlet for Biden’s crime bill. During the Dems primary debates they were backpedaling for Biden, postulating that,

It is true that the bill—which extended the death penalty to 60 new crimes, stiffened sentences, offered states strong financial incentives for building new prisons, and banned a range of assault weapons—helped lead to the wave of mass incarceration that’s resulted in the United States accounting for 25 percent of the world’s prison population.”

The very elements of the law that liberals now condemn were the product of the way Washington used to work—the sometimes messy result of bipartisan give-and-take.”

The article continues that because of the culture shift between the 90’s to now, Biden isn’t really responsible for all of the fallout from his landmark legislation. If the best you can come up with is an apologist approach, “times change, and even black legislators supported it”… you’ve just contradicted the totem of modern progressivism. Biden’s policy is okay, but a statue of Abe Lincoln is not — We’re supposed to apply cultural context forgiveness to your savior while excoriating the memory of someone who literally saved the Republic.

The CNN opinion authors further suggest the incoming administration should use the absolute power of policy to craft changes in the prosecutorial and penal systems, “the President-elect can have the Justice Department use several tools to propel change.”

This sentiment from two lawyers is appalling. But then again, a progressive agenda on the back of a false prophet doesn’t need to be rooted in Constitutional dogma.

Media coverage of their Messiah

Media apologists for Biden have been working overtime. Everything about his tawdry, salacious son has been downplayed or blocked.

The son of a sitting Vice President is repeatedly caught with illegal drugs (thankfully Hunter isn’t black or brown and subject to hid dad’s crime bill. “White privilege” is alive and well in the Biden household). This son then starts an affair with his brother’s widow, and moves into her house, where he plays Uncle-Daddy to his brother’s children. Meanwhile, his own wife and children are borrowing money to stay in their house.

Refinery29 outlines Hunter’s crazy, and attempts to normalize it. Titled, “Inside Hunter Biden’s Complicated Relationships With The Women In His Life” the article uses quotes by Joe Biden that paint him in a glowing light.

“We are all lucky that Hunter and Hallie found each other as they were putting their lives together again after such sadness. … They have mine and Jill’s full and complete support and we are happy for them.”

What sort of parent encourages their son to play house with his widowed former sister-in-law, while said son has left his children in dire financial straits? What sort of media extols this whack-nut approach to parenting as a positive thing?! We know the answer, and it looks a lot like one that conflates Joe being knee deep in a sewer for him baptizing with bullshit. They will soon anoint him as “Biden the Baptist.”

The liberal media and those on the other side of the aisle were scared of the facts. They were scared that the American people would see the Biden family’s deep and extensive links to foreign governments, including the communist Chinese government.
And once we publicly issued our findings, those same liberal outlets said the report repackaged old material and that there was nothing new to it.
They went into full Joe Biden protection mode. And they didn’t even try to hide it.”

Biden made a deal with the 4 Horsewomen of the Congress, the price was steep. When his campaign slogan became, “Battle for the soul of our nation”, it was no joke. Unfortunately, the battle was more “Divine Comedy” than “divine intervention.” Instead of ascending to higher positions, this deal has us stuck between the Eighth (fraud) and Ninth (treachery) circles of hell.

The demands of progressivism are endless, and the wraiths are restless. Biden’s cabinet picks have not met the progressive “check this box” test. Shockingly (not really shocked, are you?), Joe is bringing his long time associates back for round 3. The Washington Post writes,

The choices provided a fuller picture of the type of government Biden is building, one that relies heavily on officials who have spent decades in public service — and has several historic firsts among the nominations — but has had less space for rising Democratic stars and representatives of the party’s liberal wing. That is prompting opposition not just from Republicans but also from some of the Democrats and liberals who Biden kept united during the general election campaign.

My take away from this deeply insightful observation, is that Joe is going to do just enough to appease the mildly progressive choir, while working to maintain his centrist/moderate support base. Ultra greedy progressives hoping for a plenary serving of taxpayer mana will be disappointed. Not a surprising outcome when a true believer puts their faith in a false savior.

The only way the hardcore progressives will get their full measure is if Biden sacrifices himself on their altar of ideology, becoming a one term president. Americans don’t want the hardcore progressive agenda of Socialist-Authoritarianism. Biden may not remember what day of the week he attends church in his basement, but he knows politics. His “win” wasn’t a blowout, nor indicative of a voter referendum for big sweeping “New Deal” type policies. He barely crossed the finish line in battleground states.

Then again, he did drink from the well of the woke with his VP pick. He would wise to read Matthew 26:14-16, and remember that every group has a Judas willing to sacrifice their leader for personal gain.