Previous post
Fat Shaming is Okay If It's Trump

Next post
Gov. Cuomo Must Answer for Nursing Home Deaths 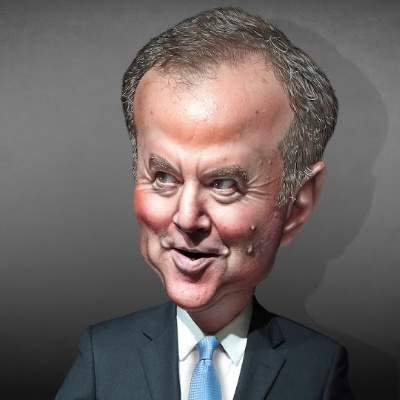 While we all thought the Democrats were gathered arounds Nancy Pelosi’s Sub-Zero refrigerators noshing on expensive ice creams, they have been very busy. They have been trying to write a blockbuster hit, “Impeachment 2.0, The Schiff Hits the Fan”. Adam Schiff may be a California Congressman, but he really, really wants to direct.

Just over three months ago, Impeachment 1.0 closed with high ratings and the President’s acquittal. Since then the nation has been struck by the WuFlu with thousands of deaths and millions trying to figure out how to feed the kids and pay the rent. But, those are worries for the little people. The elites of the Democrat Party have been trying to figure out how to get clicks and views again. Their plan is Impeachment 2.0.

According to The Federalist, the Democrats have petitioned the Supreme Court for classified materials from the Mueller Investigation Grand Jury. From the article:

The lower chamber majority told the Supreme Court on Monday that they are in the middle of an “ongoing presidential impeachment investigation” that requires redacted information from the grand-jury proceedings that were part of Special Counsel Robert Mueller’s two-and-a-half-year probe.

Here we are six months from the 2020 Presidential Election and the Democrats want to put the country through impeachment again. Are we not sick enough? The Democrats know they have a loser candidate in Joe Biden. Their next great hope, Governor Andrew Cuomo, has the blood of seniors on his hands from Covid-19. Hillary Clinton is still hoping that she’ll get the call to take center stage.

Instead of working on our nation’s spending issues, healthcare system or aging infrastructure, the Democrats have continued to work on impeaching Trump. More from the Federalist article:

“The [House Judiciary] Committee’s investigation did not cease with the conclusion of the impeachment trial,” Democrats wrote to the court. “If this material reveals new evidence supporting the conclusion that President Trump committed impeachable offenses that are not covered by the articles adopted by the House, the committee will proceed accordingly — including, if necessary, by considering whether to recommend new articles of impeachment.”

As the Washington Times reported in April, the Democrats have elected a two-pronged approach. The first is to investigate Trump’s handling of the Coronavirus pandemic. The second is to get the Supreme Court to release the Mueller Grand Jury transcripts and mine that for something, anything to start Impeachment 2.0.

Adam Schiff really wanted to get into showbiz, but he is a talentless hack. He has lied, with media complicity, from the day Trump was inaugurated, about Russian collusion. He has done dramatic readings in the Congress. Remember this golden oldie that was only seven months ago:

Since they have no deep bench of talent waiting to take the stage, and are lacking imagination, the Democrats are doing a Hollywood and going for Impeachment 2.0. Hollywood has a bad habit of redoing the same movies with their latest flavor and new costumes. The Democrats and especially Adam Schiff are taking this page from the Hollywood playbook. Impeachment 2.0 The Schiff Hits the Fan. They are hoping for boffo. They will probably get a flop. No awards. They won’t even get their parking validated.