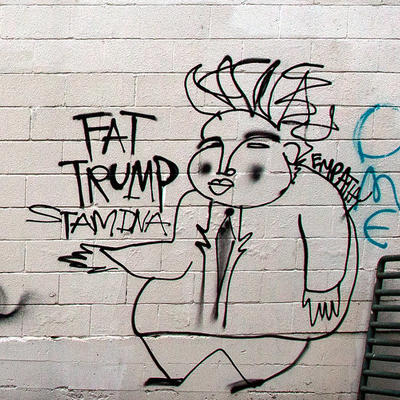 Nancy Pelosi is a bigot. Oh, I’m sure she would take great offense if anyone told her so. But on Monday night, Pelosi engaged in some fat shaming when she told CNN’s Anderson Cooper that President Trump is “morbidly obese.” Moreover, Cooper didn’t point out her body intolerance, so he must be a bigot, too.

It all started when Cooper asked Pelosi if she was concerned that Trump has been taking hydroxychloroquine to ward off COVID-19. Pelosi responded with some first rate virtue-signaling, by saying that “he’s our president” and he shouldn’t be taking “unapproved” drugs. But she couldn’t help herself: she launched into some snide fat shaming:

“As far as the president is concerned, he’s our president and I would rather he not be taking something that has not been approved by the scientists, especially in his age group and in his, shall we say, weight group — what is it, morbidly obese they say. So I don’t think that’s a good idea.”

She cares so much about President Trump!

“Welcome to the girther movement, Nancy Pelosi. We must demand to see Trump’s girth certificate!”

“Karma is a b*tch. All those years of fat shaming women…well anybody. Including his own daughter. As he would say this is a tremendous and beautiful thing. At the standpoint of irony.”

Even CNN’s S.E. Cupp, the so-called “rational libertarian,” and Jeopardy winner (because she’s so smart) gleefully snarked like a 12-year-old:

Let me end the suspense. Trump’s called multiple women fat, slobs, pigs, dogs. He bragged about grabbing us by the pussy. He attacked female journalists and wishes we’d be more like a subservient 1950s housewife. So, yeah. When Pelosi calls him obese I find it f*cking hilarious. https://t.co/jlUwHkQmUw

So funny how Trump haters use whataboutism to approve of Pelosi’s fat shaming. But that’s what happens when TDS oozes through every pore of your body.

First, let’s answer the question of Trump’s physique. Is he “morbidly obese”? Eh, no. Even CNN notes that from his February, 2019, physical exam, Trump’s body mass index, or BMI, was 30.4. That number just tips into the “obese” category of 30. However, the CDC — the same group that progressives slavishly follow for COVID-19 advice — doesn’t even use the term “morbidly obese” anyway. Not only that, but Trump is “77 pounds away” from being morbidly obese — and that’s from Trump-hating CNN. Obviously Nancy didn’t bother to check her facts before she flapped her gums (and dentures) on Anderson Cooper’s program.

Yet who tells us that we shouldn’t make fun of fat people? Yes, our mothers probably told us it wasn’t nice, but social justice warriors will try to cancel you if you go ridicule the overweight. And you’re probably a “racist,” too.

After all, researchers tell us that overweight children face ridicule early in life, and that “fat prejudice” is hard to overcome. They add that fat people are more prone to anxiety and depression, too. Not only that, but fat shaming particularly affects women, they tell us. Yet Americans — like it or not — still worship thin and mock the overweight.

We even ridicule fat animals. Admit it, you laughed at this.

Yet it’s okay to laugh at Donald Trump being a bit porky. Because. . . OrangeManBad, so he deserves it. And he’s Republican, too.

But let’s take other political figures, like Stacey Abrams, who’s not exactly a petite flower. A writer at the Daily Kos says she is “making history,” so can we stop “fat shaming” now? However, in 2009, when the obese Chris Christie was running for governor of NJ, Newsweek wondered if he was “too fat to be the next governor.” (Christie underwent bariatric surgery in 2013.)

Funny how social media, and even the mainstream sort, see fat shaming of women — especially Democratic women — as intolerable. Yet snickering at the weight of Republicans is perfectly acceptable. It’s obvious that Nancy Pelosi doesn’t give a rat’s patoot about Donald Trump’s health when taking hydroxychloroquine. She’s merely using it as an opportunity to snicker at the President, inviting her social media toadies to giggle along with her. Trump is morbidly obese! Tee hee!

The really funny aspect about this, though, is that Trump remained silent on Nancy’s jab, especially considering his Twitter penchant. But he did tweet that Pelosi’s beloved San Francisco will receive over $700M in federal funds at the SF airport and in city transportation. While Nancy fat-shames the President, he comes through with bucks for her city.