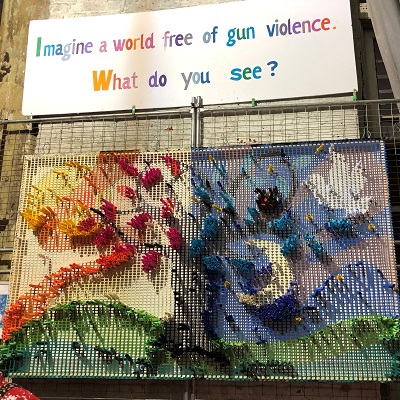 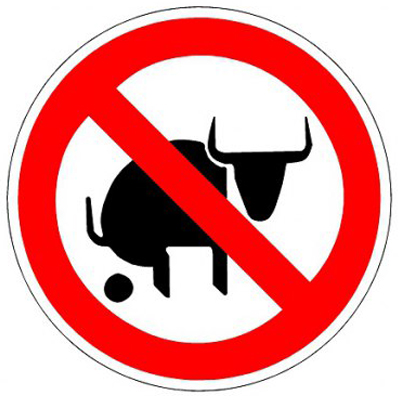 by Kim Hirsch in People 23 Comments

Hillary Clinton is rather like a groundhog — they live quietly underground but then emerge, supposedly to see their shadows in spring.

On second thought, Hillary is more like that Groundhog Day movie — she keeps happening over, and over.

And she showed up yet again over the weekend — this time at an exclusive girls’ school in San Francisco.

No one knew she was going to visit and speak at the Hamlin School, tuition $34,500 per year. But she arrived in a motorcade with Secret Service in tow. Needless to say, Hillary raised the squee factor to 11 among the eighth grade girls.

Wait, what did that one girl say in the above video? “I didn’t know she had those hardships of bullying. . .”

Well, neither did I, honey. But according to Hillary, she, too was a bullied child:

“As I would go out looking to play, the kids who were already there would circle around me, bully me, knock me to the ground, and I would get up and run crying into the house. This went on for weeks. It was a pattern of our lives.”

I wonder if she had to dodge sniper fire on the playground, too. You know, like she did in Bosnia, as pictured below. Oh, wait.

However, it’s not the first time that Hillary has addressed the bullying issue. For example, check out this video from an Iowa campaign appearance in 2015, where she answered a young girl’s question about bullies, and tried to foist herself off as Comforter-in-Chief — as opposed to that Other Guy who really was a big bully.

Oh, but hold on — did you catch that comment? Hillary said, “I can’t even imagine what it’s like to be, you know, a young person in today’s world where that’s coming at you all the time . . .” 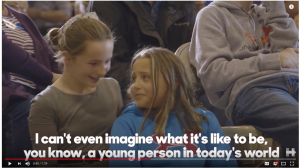 However, almost three years later she would tell the girls at the Hamlin School that “kids. . . would circle me, bully me, knock me to the ground. . .” Yet in 2015 she didn’t know what it would be like to be a bullied child.

So which is it? Was Hillary a poor beleaguered bullied child? Or is she just continuing her pattern of lies?

Yeah, I’m going with the second option, and I bet you are too.

Of course I have no way of knowing first hand about Hillary’s childhood. But while Hillary is considerably older than me, I know what it was like to grow up in the Chicago area in the Baby Boom era, although we came from different parts of the region. Moreover, as a young girl I never experienced physical violence, nor did I see any other girl physically attacked, either.

For one thing, back then boys learned the lesson that, even though they’d always get into fights, you never hit a girl. It was something ingrained in my husband, as well as my brothers. Why? Because it was cowardly to fight someone weaker! On top of that, girls didn’t tend to beat up on each other, either. It was not ‘ladylike’ — besides, if we were at school we could only wear skirts or dresses. They don’t exactly lend themselves to fisticuffs.

Furthermore, no teacher or neighborhood mom would let something like that go on. Not only would she stop any fights, but she’d call your parents, and woe to you when you got home!

So yeah, I’m calling BS on Hillary’s bully story. It’s just another fib in a long laundry list of these kind of prevarications.

Now you may ask, why even talk about this? Who cares?

In my case, it’s because incidents like these remind me of how lucky we are that she’s not POTUS. Yes, there are times when I roll my eyes at something President Trump says or tweets. And he wasn’t someone I supported, either. But then when Hillary opens her mouth and disgorges yet another tall tale, I sigh and tell myself that we dodged a bullet.

Although not quite like the bullets Hillary dodged in Bosnia, of course.