Next post
Obama Gets A Birthday Party, Delta Variant Not Invited 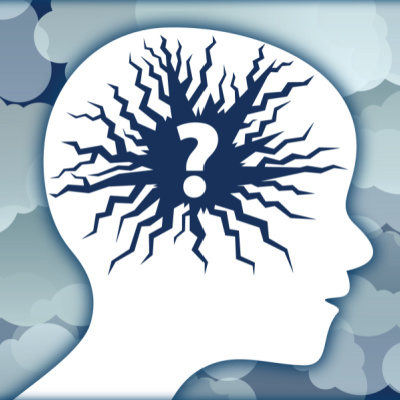 Nothing captures the schizophrenia of the Democrat Party more than Cori Bush sleeping on the Capitol steps to protest ending the eviction moratorium, while Henry Cuellar deals with illegal immigrants being put up in motels in his district. Couples therapy might help, but the Democrats won’t admit there is a problem.

I watched Democrat Congressman Henry Cuellar hold a presser with Republican Senator Lindsey Graham yesterday regarding illegal immigration. This morning, I woke up to a tweet of Cori Bush in tears because the eviction moratorium had expired. My first thought was “schizophrenia”. The entire Democrat Party suffers from schizophrenia. I wanted to be sure so I looked up the definition:

A long-term mental disorder of a type involving a breakdown in the relation between thought, emotion, and behavior, leading to faulty perception, inappropriate actions and feelings, withdrawal from reality and personal relationships into fantasy and delusion, and a sense of mental fragmentation.

Nothing, and I mean NO THING, about the Democrat Party makes sense. It’s fairly easy to sum up the Republican Party. We want legal immigration, secure borders, law and order, education not indoctrination, respect for life, respect for the Constitution, and a lethal military. All of these things enable the citizenry to pursue happiness. They are part of a healthy Republic.

On the other hand, Democrats want open borders, no incarceration for anyone, free housing, free healthcare, free college, abortion up to birth, and no mean tweets (except for their own). Some of these things are counterfactual. If we cannot house everyone, how can we keep letting in thousand every month at the border? In case you didn’t get the latest missive, we don’t call people “homeless” any more. They are “unhoused”. All of the above goals of the Democrats lead to chaos. The Democrat Party is schizophrenic.

As I wrote above, Cori Bush is sleeping on the steps of the Capitol building to protest the ending of the moratorium on evictions:

Rep. Cori Bush slept overnight on the Capitol steps to protest evictions. The federal moratorium that was put in place during Covid has expired and it could leave millions homeless. pic.twitter.com/EABxyaZOGO

Let’s leave aside the fact that we, the American people through our elected representatives, gave a metric crap ton of money to people in the form of extra unemployment benefits. Where did the money go? From the BBC:

The freeze was imposed 11 months ago in part to halt the spread of infections through crowding in shelters.

Ms Bush, who was once homeless, wants the measure to be extended.

In a tweet early on Saturday, she wrote: “Good morning. The eviction moratorium expires tonight at midnight. We could have extended it yesterday, but some Democrats went on vacation instead.

“We slept at the Capitol last night to ask them to come back and do their jobs. Today’s their last chance. We’re still here.”

The Democrat-majority House of Representatives adjourned for a seven-week recess on Friday without renewing the moratorium.

Extension opponents say many landlords are struggling with their mortgage repayments without regular rent money.

Meanwhile, way West in Texas, Henry Cuellar has a huge and real problem. Illegal immigrants are flooding across the border. I wrote the other day about the Covid positive illegal immigrants found at a Whataburger (Praise be upon their fries.). They were housed by Catholic Charities in a local hotel. Congressman Brian Babin called it hypocrisy, while I called it mendacity:

Yes, we are getting new mask mandates and threats of lockdowns and vaccine mandates, while the illegal immigrants refuse the vaccine and those who are Covid positive move freely. If we had a real independent media, all Americans would be up in arms. Well, all except those who share the same mental illness as the Democrat Party.

Cori Bush is upset because Americans who got extra money, and didn’t use it to pay rent, may be unhoused. Henry Cuellar has illegal immigrants in his district who are getting free housing.

Maybe the two of them could talk. Admitting you have a problem is the first step to fixing the problem. They could ask for all around accountability. Where is all of the money going? Why are the borders wide open when Covid is still spreading?

That doesn’t solve the schizophrenia of the Democrat Party, but that’s not solvable. Someday soon, the Dems are going to splinter. It’s going to get ugly, but it’s necessary of they want to get better.