Next post
Politico Tries To Blame Ken Starr For Trump 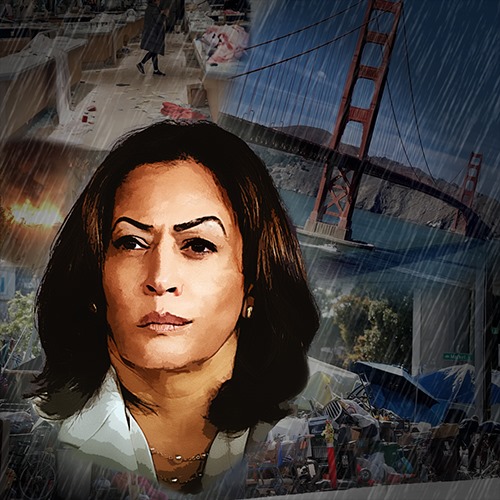 Kamala Harris has some new neighbors! In a brilliant move, illegal immigrants were bused to Kamala’s doorstep late yesterday.

The migrants, many of them Venezuelan nationals, had been picked up in Eagle Pass, Texas, and were then shipped off to DC by Texas Gov. Greg Abbott, Fox News Digital reported.

Video from the scene showed a large group of men, women and children carrying small pillows and backpacks, some with blankets draped over their shoulders to keep out the morning chill as they milled about and chatted among themselves outside the guarded gates of Harris’ residence.

That folks, is what you call HARDBALL. The left and Democrats, one and the same really, have claimed for months that we don’t have an illegal immigration problem. Everything is fine and we should welcome illegals with open arms. Essentially a modified version of “Won’t you be my neighbor?”

Here’s the issue. The Democrats don’t want them as THEIR neighbor. Send them somewhere else. Muriel Bowser and Eric Adams, mayors of D.C. and NYC respectively are on record stating their cities are in ruins because of the few illegal immigrants who’ve arrived in the last few weeks.

Kamala Harris, our much vaunted Border Czar, is also on record claiming on Sunday that our border is “secure.”

Indeed, she uttered a word salad of lies. The border isn’t secure. Period. Kamala would know that if she actually VISITED the border instead of staying on the tarmac at the airport.

Then again, border insecurity is what they want. Which leaves Governors Abbott and DeSantis with no choice but to send those illegals right to Democrat backyards so that they will have to deal with the mess they created.

“We’re immigrants,” Eliase, who said he was from Venezuela, told the Gazette. “We came here because of the situation in our country, for the economy, for work, for lots of things. I came here walking. We went through 10 different countries until we got to Texas. There a refugee association put us in a plane and told us there would be work and housing here. I feel good, despite everything. We spent four days in Texas so it’s good to be here.”

“Hopefully they can provide them some long term shelter and we can figure it out,” he added.

“They came with folders with a pamphlet with our information,” said Beth Folcarelli, chief executive officer of Martha’s Vineyard Community Services. “We don’t have refugee services, I had no idea about any of this. I only found out because one of them gave me their folder. Imagine being dropped in here knowing no one. Absolutely no one. It’s heartbreaking.”

Let’s step back for a minute and look at this. Supposedly we are to feel sorry for those who got dropped off at Martha’s Vineyard because they don’t know anyone?? Did those here illegally know anyone when they crossed the border? NO, they did not.

But again, this is the issue. Kamala insists the border is secure. It isn’t as this from Bill Melugin showed just two days ago and this morning.

Furthermore, if the border WAS so secure, how do you explain this comment from a new neighbor of hers last night?

Illegal immigrant to @GriffJenkins: “The border is open…it’s open because we enter, we come in, free — no problem.” pic.twitter.com/vUKf1E6kb3

The border is OPEN? Wow. That doesn’t seem very secure to me. Does it to you?

What’s also funny and illuminating about this is the people who are complaining about Kamala’s new neighbors.

It was completely fine to sneakily fly planeloads of illegals to points near and far in the U.S. when it was the Biden Administration giving the go-ahead. But when two Republican governors play hardball and have illegals bused to Kamala’s doorstep, the cries of NIMBY and cruelty ensue.

Kamala and the rest of the Biden Administration refuse to acknowledge what we’ve known since Biden took office in 2021. Our border is NOT secure. We do have a border security problem. One they refuse to address. The open borders ARE the point with them.

Therefore, playing hardball is the only way to get their attention. Will this move regarding the new neighbors Kamala now has actually get her to the border? Don’t hold your breath.