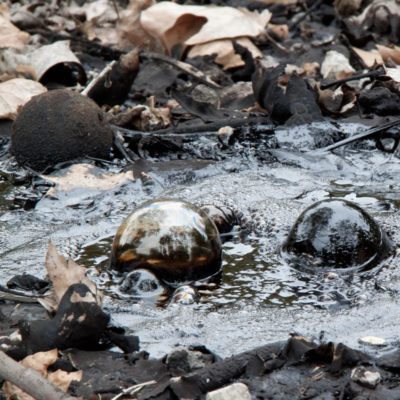 Between Hollywoke and the Academy Museum of Motion Pictures sits the La Brea tar pits. A fitting location for the Motion Picture industry to jump in and practice their “Woke Stroke.” By demanding “actual experience” as a prerequisite for acting in a role, Hollywoke puts actors in a sticky situation.

“Acting” by definition pretending to be something you aren’t

Acting is by design and definition a craft where one person pretends to be someone else. They literally give out awards to people who are deemed “the best” at pretending to be someone they are not. If people pay to watch this fiction, the actor can make an obscene amount of money from a Hollywood studio.

To say it’s a fantastical is accurate. Reality does not exist in this bubble.

It’s in this place where we find ourselves… in Hollywoke. A place that is the reflection behind the mirror of Hollywood. A void where logic has vanished, and the participants are mere shells of intelligent individuals… a place in The Twilight…”

Man, was Rod Sterling awesome. Too bad he couldn’t host the “Twilight Zone” in today’s Hollywood. He’s never been to the Twilight Zone and his acting isn’t based on his life experiences. Because in today’s Hollywood, it’s not acting unless the performer has actual experience in the subject they are portraying (with is sort of the antithesis of “acting”, but whatever).

In this place, real experiences trump ability and talent. Tom Hanks and Dustin Hoffman need to return their Academy Awards because neither has the life experience of “Forrest Gump” or “Raymond ‘Rainman’ Babbitt”, and they took the roles from someone with that experience. The fact that both actors were exceptional in the roles is irrelevant.

Actors may not pretend

Voice actors are leaving characters mute, because their life experiences don’t reflect the imaginary cartoon creation they voice. Notably, “the Simpsons” will not hire any voice actor who doesn’t reflect the character they voice. Where they will find yellow people with strange hands and blue bee-hive hair is a question we can’t answer. But Hollywoke will fix it, and demand an apology from all non-yellow who dared play the character. A good example is this one, by a white actor who voices a bi-racial character,

“At the start of the show, I reasoned with myself that it was permissible for me to play ‘Missy’ because her mom is Jewish and White — as am I. But ‘Missy’ is also Black, and Black characters on an animated show should be played by Black people. I acknowledge how my original reasoning was flawed,” said Slate, “that it existed as an example of white privilege and unjust allowances made within a system of societal white supremacy, and that in me playing ‘Missy’, I was engaging in an act of erasure of Black people.”

Recently Maya Phillips wrote , what seems like an unintended consequence for actors, ” ‘Hamilton,’ ‘The Simpsons’ and the Problem With Colorblind Casting” in The New York Times Critic’s Corner

It seems needless to say, and yet, here it is: Any casting of a performer in the role of a race other than their own assumes that the artist step into the lived experience of a person whose culture isn’t theirs, and so every choice made in that performance will inevitably be an approximation. It is an act of minstrelsy.”

Ms. Phillips limits it to “race”, but skips over the most fundamental human experiences. That of men and women.

This place, is so woke, they break their own rules

Gather round your friends of different races and divide them by gender. Then ask the men about the awkward “teen years” where body parts were “overly responsive” to external stimuli. Without a doubt every man there will have some story of an unexpected boner causing an awkward situation. Now, gather the women and ask about the stress of swimming during “that time of the month”, or the absolute misery during specific times of the month. I assure you, they will all have a multitude of gender specific experiences to share.

Yet, Trans actors are cast in roles of male and female without regard to their life experiences.

In an interview with The New York Times, Elliott Foster says,

“I don’t want to just be seen as a trans actor,” he said. “There are a lot of trans performers who I know that feel that way. Oftentimes we’re looking for auditions where [the character is not] specified or assumed to be cisgender because we want to break out of whatever box we’ve been put in.”

Hmm, sounds like he wants to be awarded a role based on talent and not life experiences. How fitting for people who pretend for a living. Maybe he should read Darleen’s post on Halle Berry backing out of playing a Trans role because she has no “life experience” in that arena.

Hollywood and its players find themselves in a strange position. One where they are forced to limit acting opportunities to “lived in” for race, but allowing Trans actors to play roles based on their chosen gender. A white person can’t voice a bi-racial character, but a trans actor can assume the role of their chosen gender. This is “woke hypocrisy” on entirely new levels.

But in Hollywoke, everyone is divided by the “hierarchy of the suppressed.” Those perceived as most suppressed, are allowed to circumvent the rules applied to those deemed least suppressed. And only a few can escape without a sacrifice on the alter of Hollywokeness.

If there’s one bonus to COVID lockdowns, it’s the opportunity to avoid these Hollywoke types.