Next post
Hollywoke creates a sticky situation for actors 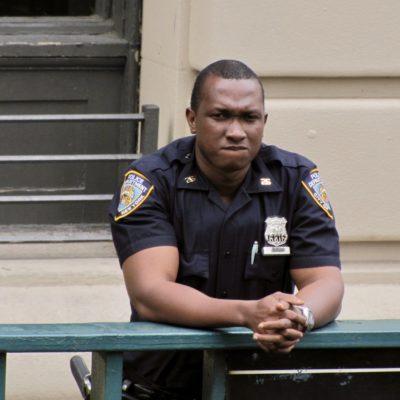 The surge of NYPD retirement requests is causing concern amidst an uptick in violent crime inside the Big Apple. A 411 percent retirement increase over the same time last year is a shocking jump. Why NYC cops are bailing at alarming numbers, and where to place the blame.

Condemnation as reward for superior service

In New York City the police are facing declining morale, scorn from every direction, and large scale cutbacks. In a statement to ABC 7, Patrick J. Lynch, President of the Police Benevolent Association said,

These retirement and resignation numbers are one answer to the question on every police officer’s mind: how are we supposed to do our job in this environment? City Hall and Albany have completely dismantled our justice system. They have passed a law that makes it virtually impossible to safely place a resisting person under arrest. And now that crime is out of control, they want to blame us for that, too. Whether we have 20 years on the job or only two, police officers are tired of trying to sort out these mixed messages. Many of us are looking elsewhere.”

It’s no surprise that people who risk their lives to maintain our civilizations are tired of being berated for the few bad apples in their corps. Since 2005 there has been a steady decline in the 7 major felony offenses. NYPD numbers show a drop by 89,046 incidents. In 2017 they had the lowest number of officer involved shootings in their history. The New York Daily News reports, “The number of clashes that ended with city cops firing their guns is on pace this year for a record low.”

A police force of over 36,000 officers has a record low for officer involved shootings, while creating a safer community for law abiding citizens is one to emulate. Instead politicians are eviscerating them. Victory Girl Amanda wrote about the Fascist Four Squad and their BREATHE bill to slash funding to local and federal law enforcement.

Nothing says, “Wow! Great job keeping us safe, while reducing shooting rates!” like a bill to defund your department. Shocking that the NYPD rank and file cite “morale” as a reason for retirement.

Thank you, and goodbye!

This time last year 35 officers applied for retirement. This year it is 179 officers. The New York Post reports,

A surge of city cops filing papers during the past week more than quadrupled last year’s number — as the city grapples with a surge of shootings — and the stampede caused a bottleneck that’s forcing others to delay putting in their papers, officials and sources said.”

“It’s an all-out war on cops and we have no support,” said one veteran Brooklyn cop, who is retiring next month. “I wanted to wait for my 30th anniversary in October, but the handwriting is on the wall.”

NYPD officers have alternatives to being scapegoats amidst a surge of vitriol. They are well educated, according to the Civilian Complaint Review Board, 64% hold a Bachelors Degree, 30% an Associates Degree, and 5% hold a Masters Degree. Many have prior military experience as well. These are not people who are locked into a single career path and lack options outside of the NYPD. 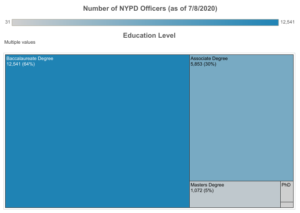 They are people who want to serve, but there are limits to what they will withstand. That’s why an unprecedented number of them are exercising their options to retire or leave the force. The New York Post writes,

Many men and women in blue are fed up, feeling targeted and frustrated that they are expected to fight crime with fewer tools than ever, while getting no backing from politicians, injured in protests, and constantly scrutinized, according to agitated officers and angry police unions.

The weary rank and file also wonder if one bad decision on the job could get them arrested and charged with a crime.”

Police and citizens pay the price for political pandering

If ever there was a question to how things change when police are in short supply, the court system is closed, no bail required, and the jails are emptied…. It’s been answered in New York City. Shootings are at record highs and happening in broad daylight caught on security cameras. One example shows a man being shot while walking down the street with his child. He later died.

When protesters yell about minority victims of police brutality, tell them that all the murder victims for the month of June in NYC were minorities. The city is looking at astronomical increases in murders, and they are all non-white. Tell me again how Black Lives Matter cares about actual black lives? How is the Fascist Four’s BREATHE bill going to help minority citizens? Help them to an early grave at the end of a bullet.

The NYPD monthly crime stats briefing video is worth your time. The PD breaks down the numbers, and they are staggering.

More shocking than the spike in crime is the response by City Council Finance Chairman Daniel Dromm (who wants to defund the NYPD by $1 billion dollars),

It makes me wonder exactly what’s going on with the NYPD. Same as with the fireworks. I mean, is there no enforcement? Are they slowing down? What is happening gives me great concern,”

This guy is insinuating that the NYPD is allowing people to commit crimes and not enforce the laws. Did he miss the previous decade where crime was dropping to historical lows? What part of disbanding plainclothes division focused on gang activity did his miss? How does he remember to breathe? Oh, he asks AOC to remind him. Seriously though, how is it possible to function and be this stupid? Go into politics.

Without a doubt, his little speech gives the NYPD just the morale boost they need in these trying times.

What does the Mayor cite as a reason for increased shootings? Courts being closed.

Not his bail reform that allows accused criminals to walk out of the station house with no recourse for continuing their criminal ways. Certainly not the disbanding of plainclothes units directly working to reduce gang activity (a criminal enterprise flush with gun violence and minority membership). It absolutely isn’t the cancelling of the incoming academy class of 1,000 officers to offset anticipated shortfalls.

No, it’s the adjudication process. By “courts” he means the pathway to jail. It looks an awful lot like Mayor Bill crumbled under the surge of pressure from activist groups (his family no doubt), but really doesn’t want to fall out of favor with the voters. He eliminates bail requirements, but is counting on the NYPD and courts to catch and incarcerate the “bad guys”, while allowing the non-violent drug dealers off the hook. What the NYPD knows and Bill refuses to say, they are usually the same people.

In fact, this recent uptick in crime is, according to CNN (who valiantly tried to provide cover for the Mayor), uh… gangs fighting over territory.

The uptick in murders is tied to gang and drug activity, with drug dealers fighting over territory, another law enforcement official said.”

“People have lost their collective minds.”

Thank You Sarah Hoyt and Welcome to our Instapundit readers! 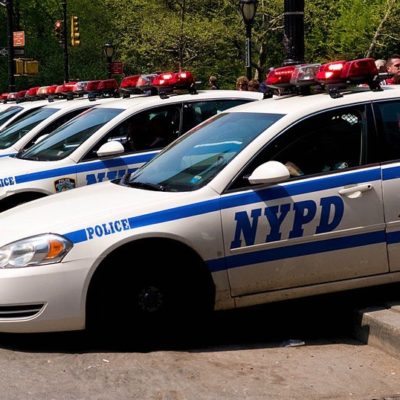 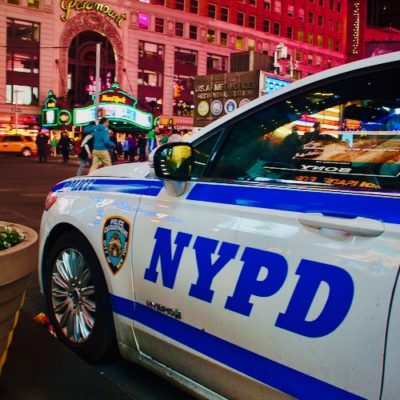