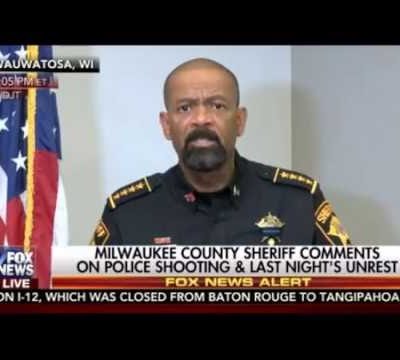 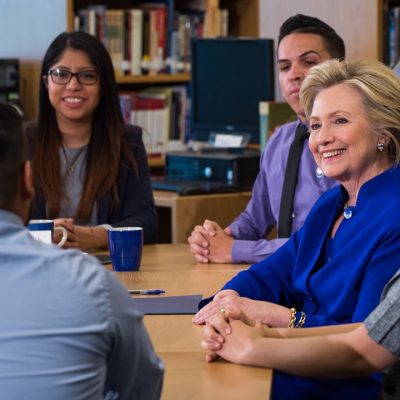 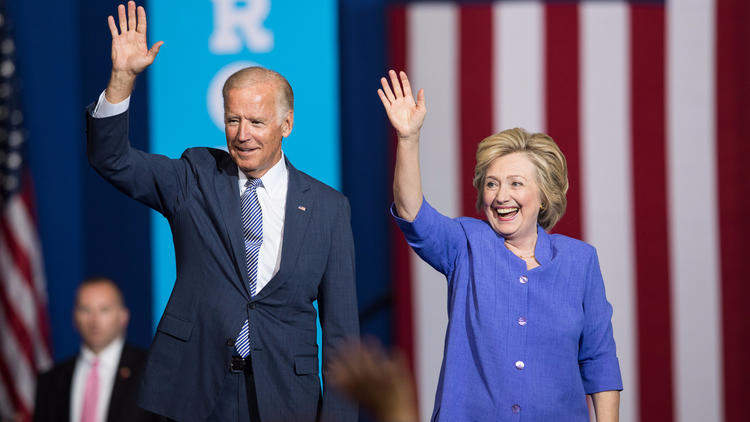 You make the call.


The speeches were not as notable as the personal interactions between the two people involved.

First, there was the terribly awkward moment when Biden pulled a Biden.

But then Hillary did a little stumble coming off the podium after her speech.

Maybe it’s just me, but this is the first time that I saw Hillary Clinton really look like an old woman. The way she stumbled off, and was caught by Biden’s grasping arm, suddenly reminded me of my own grandmother, who, being a stubborn lady in her early 90’s, really doesn’t think she needs the cane that she’s supposed to use. Now, it’s an inevitable fact of life that as we age, we simply can’t catch ourselves as well as we once could if a tumble is imminent. But given this stumble, plus the ongoing rumors and speculation on the state of Hillary’s health (which we know cannot be ideal, given that she has already had one admitted health issue involving a blood clot, and per what medical records have been released, she has been on the blood thinner Coumadin), it makes me stop and think about if Hillary can physically handle the office of the presidency.

Again, until there are full medical records released (not just a doctor’s note), we have nothing but rumors and speculation. But those rumors sure fly when Hillary Clinton takes a trip like an old lady.