Hashtag Diplomacy! Another Winner for the State Department

Hashtag Diplomacy! Another Winner for the State Department

Secretary of State Kerry sounded a warning yesterday – not that anyone who was paying attention needed one.  Russia is still making quite a show of power on Ukraine’s borders, engaging in military exercises and completely ignoring last week’s Geneva Agreement.  Naturally, Russia is pointing its fingers at Ukraine, citing the shooting of pro-Russian separatists at a checkpoint near Sloviansk last Sunday.

This entire situation is a disaster, and the Obama administration and its State Department are just watching Putin eat their lunches in eastern Europe.

But, never fear!  State Department spokeswoman Jen Psaki has a powerful weapon up her sleeve – the almighty Twitter hashtag!

No, really. Almost one month ago, Psaki tweeted this from her official State Department account:

To echo @BarackObama today-proud to stand #UnitedForUkraine World should stand together with one voice pic.twitter.com/VeMt578UdY

And then yesterday, she tweeted out a callback to her previous hashtag, invoking the almighty power and promise of… the hashtag.

The world stands #UnitedforUkraine. Let’s hope that the #Kremlin & @mfa_russia will live by the promise of hashtag

I want to know where all the grown-ups have gone to, and I’m not the only one.

If there was any doubt that Putin and Lavrov are mocking the United States, both behind closed doors and with their continued actions on the Russia-Ukraine border, the stupidity of the official State Department spokeswoman asking the Russian Ministry of Foreign Affairs to “live by the promise of hashtag” should ensure that the mockery is only going to get worse.

The time for being all cutesy and trendy with our social media diplomacy is long since past.  Can you even imagine John F. Kennedy or Ronald Reagan’s State Department officials dealing with their Soviet counterparts with tweets and hashtags?  This is beyond stupid.  It is borderline insane.  It is obvious that Putin is trying to reconstitute as much of the former Soviet empire as the West will let him get away with.  Unfortunately, we have no adults in charge who are willing to tell this bully “no.”

Unless Obama and Kerry decide to grow backbones and deal like adults with Putin, our entire foreign policy is just going to be a hashtag on the ash heap of history.  Sadly, I’m not holding my breath. 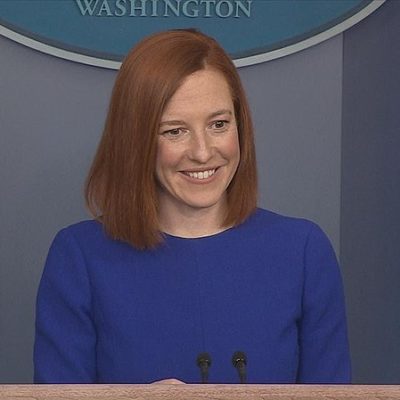