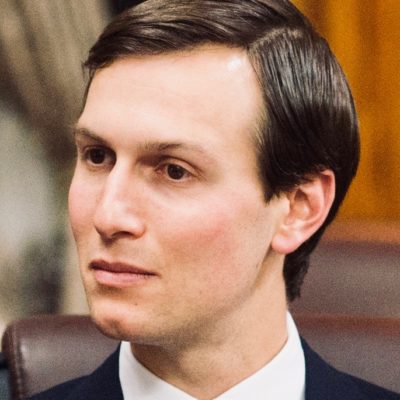 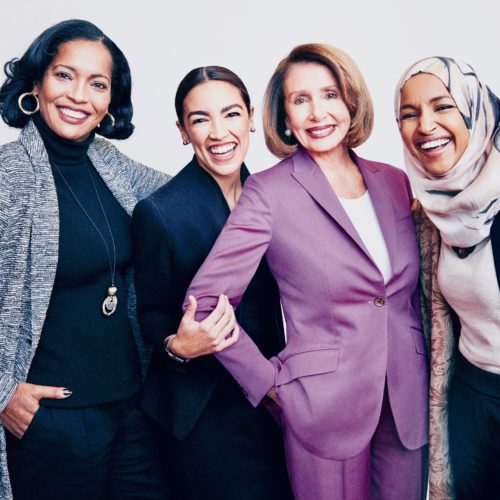 Rolling Stone has decided that Nancy Pelosi, Ilhan Omar, Alexandria Ocasio-Cortez, and Jahana Hayes are THE women who will be shaping our future. It’ll be a future of destruction if we let them play their games. Check out the video Rolling Stone put together.

What have any of the three new freshman Congresswomen done that is positive for their districts let alone for our country?

Jahana Hayes isn’t a fan of arming teachers nor protecting schools. She thinks what Betsey DeVos is doing will ruin public education everywhere, and don’t get her started on the campus sexual assault stuff. As for Trump?

“Do not let this psycho steal your joy. We are at an intersection in history, and 20 years from now, it’s going to be the millennials and the students and the women and the single moms and the outliers who came in and restored faith in government. It’s happening.”

So Trump is a psycho now? That’s cute. As for restoring faith in the government, perhaps hitching your wagon to ‘you have to read the bill to find out what’s in it’ Pelosi only ends well for Nancy and no one else.

This is how Rolling Stone sub-titled their piece on Ilhan Omar:

What’s funny is the editors had to add a note at start of the interview explaining that the interview was BEFORE Nancy had to smack Omar down for her ‘all about the Benjamins baby’ tweet.

Rolling Stone, to their credit, tried to schedule a follow up interview with Omar. She declined and only responded to one of the emailed questions.

“I know what intolerance looks like and one thing that has been painful about this whole process is knowing that I used language that caused hurt to others. My hope is that as much as I hold others accountable and help them learn, that people will also hold me accountable. I work every day to make sure we are living in a more tolerant world. And I hope people understand how deeply I care about creating that world. That’s why one of the first things I did as a member-elect was to speak about the rise of anti-Semitism — and one of the first bills I cosponsored as a new member was legislation to elevate the position of a Special Envoy to combat anti-Semitism.”

BWAHAHAHAHA! That’s rich given that she left anti-semitic tweets up for years and only JUST quietly deleted them. So don’t tell me that she’s learning to be more tolerant. Is she even sorry for her stance? Nope.

Alexandria Ocasio-Cortez wants America to think BIG! She also wants to 100% impeach Trump and thinks all Republicans in Congress are being held hostage by Trump, and the “sugar daddy” Kochs own every Republican in Congress. Working in restaurants is a political environment that also gets you sexually harassed and at one time she wanted to be an OB-GYN. The notion of that is as scary as her economic illiteracy and horrendous knife skills in the kitchen!

Then again, the OB-GYN bit must’ve been before thinking about law school.

Working in Congress is a substitute for law school the way working at a sausage factory teaches you how to be a veterinarian.

And of course, her think BIG! is the Green New Deal, cow farts and all. The WORLD doesn’t have the minimum of $94 trillion to throw at this swamp monster and try to make it work. Ummm NO. Georgetown, Texas has lost $30 million plus. If GND can’t work on that scale, it sure won’t work nationally, or internationally.

Must read on realities of a “Green New Deal”. There is no future in wind & solar w/o nuclear, natural gas, etc.

As for Nancy Pelosi? Her disdain for Trump and Republicans was loud and clear in the interview. Oh and she also hates coal but is trying to fix coal miners medical problems and costs. Hey Nan? Repealing Obamacare would help. Meanwhile, Medicare for all plus job and income guarantees are just what we need.

These four women are serious. They don’t want America to thrive and grow. They are and will be working to destroy this country in favor of some failed utopian socialist dream.