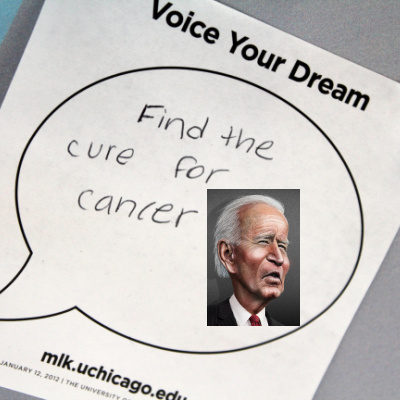 Next post
Inflation Rises But White House Party Is Still On 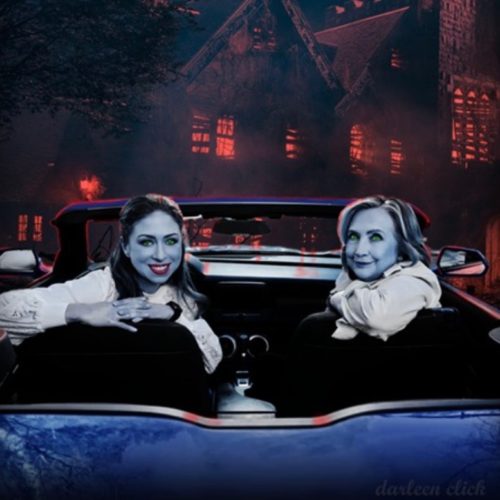 Some of us Victory Girls are gluttons for punishment. Or, you may call us gutsy. Why? Because some of us brave patriots will sit through a series starring (and produced by) Hillary and Chelsea Clinton so you don’t have to.

I know, “who cares”, right? But as an American woman, I have to say that I do. I care what Hillary and her indoctrinated mini-me are throwing out there for mass consumption. I care what they are serving up to the young women of our nation. Who are the so-called “gutsy” women, according to Hills and Chelse?

In Part One, the story starts out on the streets of gay (can I say that?) Paris. Did you hear about the two rich, woke Democrats on a park bench in Europe telling knock-knock jokes? They told jokes like this:

Chelsea: Why do you think there are so few knock-knock jokes in America?

Hillary: Do you know what happens if you drink too much tea in Paris?

Hillary: This fromagerie had a terrible explosion.

Hillary: All that was left was da brie!

Really, Hillary? Should you, Madame, be joking about explosions? I know, what difference does it make, anyway? Vive la difference and, voila…we move on from the streets of Paris to tea with Amy Schumer. Yeah, I know what you’re thinking. What a delightful conversation this must have been. Schumer, over chai, macarons and cucumber sandwiches talks about her ordeal as a pregnant “birthing person”. Nowhere near the first time she talks about her crotch, after all, “she brings her ovaries with her when she performs”. She ties in her hellacious pregnancy with “reproductive rights”, read: abortion with the argument that “pregnancy is hell and every woman should be able to opt out of that ‘living hell’.” Schumer states that women are still marginalized when it comes to “reproductive health care” because “if it’s a d*ck-mergency, they’ve got it covered.”

The gruesome twosome roadshow cuts to a bowling alley in Philadelphia, where Hillary and Chelsea, both donned in matching bowling shirts, (Hillary with a pseudo-mullet), meet up with Wanda Sykes. Wanda tells Hillary and Chelsea that they look like Laverne and Shirley. Nope. Laverne and Shirley were actually funny. Wanda also talks menopause and her “ester-roll” (menopause pouch). She claims all her doctor offered her for hot flashes was Xanax. They set up their bowling game. Chelsea calls herself “Whisper” because “she is like the weather, quiet, but dangerous” (COUGH). Hillary, (who sucks at bowling) calls herself “Sprinkles”. Wanda, of course, talks about “her” brand of comedy. Specifically, her “Trump material”. Remember this classic charity performance? (Note: language not safe for work or young children):

The segments dash between the Clinton women donning masks at comedy clubs (amongst the “commoners”) and sitting around a table completely mask-free noshing with Schumer or talking about vagina comedy to other contemporaries. One might wonder what Hillary and Chelsea are doing in Paris. So glad that you’ve asked! While not talking to their choice American comediennes about “p*ssy grabbing, making fun of Christians and joking their lady parts in general,” Hillary and Chelsea spent some time to go to clown school at the Moulin Rouge to study the art of clowning. Imagine Hillary in a clown nose. They are told to go for “the flop”. If you don’t go for the “flop” in comedy, there is nothing to save. The “flop” is necessary. Hillary likens the “flop” to her 2016 loss because, of course. Why? Because it’s always about her.

It’s what gutsy women do. They have the last laugh. And Hillary Clinton is having the last laugh clowning around Paris and hanging out with other women who think they are funny because they crack a few jokes about their vaginas. The producers (being Hillary and Chelsea) even dared to liken these comedians to Lucille Ball. Not even a contest. Who’s with me when I say I would watch Lucy and Ethel’s antics all day, every day, rather than being subject to any monologue from Amy “I wear my ovaries on stage” Schumer?

The episode ends with a quote from Wanda Sykes. “When I throw rocks, I throw them up”.

Good for you, Wanda. Maybe you’ll shatter that glass ceiling at the freaken Javits Center.

Next up on this road to Flopville? “Gutsy” woman who is “just like Queen Elizabeth II“, Nancy Pelosi perhaps? Nope. Hillary and Chelsea talk to “gutsy” women who refuse hate. Unlike the rest of us women like us who welcome it with open arms, I suppose.

I know, we need to throw those rocks up.

I just need to throw up. Now.