Next post
Gutsy Part One: Hillary And Chelsea Star In "Le Flop" 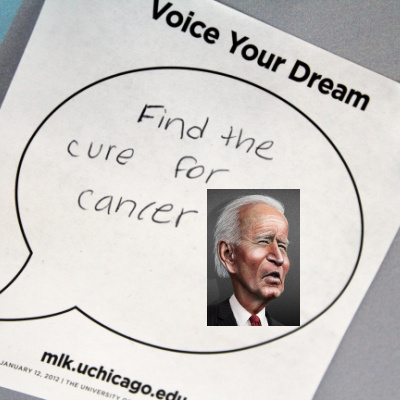 Joe Biden traveled to the John F. Kennedy Presidential Library and Museum in Boston to announce his plan to “end cancer as we know it” with a “Cancer Moonshot”. He was glomming on to Kennedy’s famous “Moonshot” speech before Congress in 1961. For some reason, maybe Biden’s incompetence, this doesn’t sound like a call to action for scientists and engineers. This sounds like a dash for cash proceeding a goat rodeo of heretofore unknown proportions.

I am sure that the astute, gimlet-eyed Victory Girls readers have noticed that every Democrat Presidential Candidate since Kennedy has had a vision of himself as JFK. They always, always invoke JFK. I don’t get it. Maybe I am too young. JFK doesn’t look handsome or sound smart. Or, alternative theory, the Democrat Party is devoid of thinking and original ideas and that’s all they have. Biden, Obama and Kerry all saw themselves as heir to the Kennedy mystique. Bill Clinton actually tried to out JFK, JFK.

When it was time for Joe to get his Kennedy on he brought the late President’s daughter, Ambassador to Australia Caroline Kennedy, to introduce him and spoke of JFK’s brother, the late Senator Edward M. Kennedy in his speech. From the New York Times:

Mr. Biden made the announcement at the John F. Kennedy Presidential Library and Museum in Boston, on the 60th anniversary of the former president’s “moonshot” speech that ushered in an era of space travel. He used the occasion to reiterate his call to “end cancer as we know it” — the tag line for his own “cancer moonshot” initiative.

“Imagine the possibilities — vaccines that could prevent cancer, like there is for HPV,” the president said, referring to the human papillomavirus, which can cause cervical cancer. “Imagine molecular ZIP codes that could deliver drugs and gene therapy precisely, to the right tissues. Imagine simple blood tests during an annual physical that could detect cancer early.”

Mr. Biden, whose son Beau died of brain cancer in 2015, has a deep personal commitment to advancing cancer research, and the Kennedy library was a reminder of that. Another Kennedy, former Senator Edward M. Kennedy, whom Mr. Biden described as “one of my dearest friends,” died in 2009 of the same kind of cancer — glioblastoma — as Beau Biden.

Yeah, Joe Biden started this cancer moonshot when he was Veep to Obama. He also had a cancer initiative between his Vice Presidency and his current Residency. Remember that President Trump signed the “Right to Try” Bill. That’s more than Joe Biden has done despite all of the various slush funds he has.

BUT WAIT THERE IS MORE!

I told you last week how unhinged Joe Biden was on Labor Day last week. Read it here. He even bragged that he defeated Big Pharma.

Okaaaaay, Old Man. Take it down a notch. You can slander Ron Johnson’s name, but Big Pharma has been funding Joe Biden and the rest of the Democrats for decades. Oh, they fund Republicans too, but not in the amounts they give the Dems. Just to prove the point, Joe appointed a Big Pharma Biotech executive as Director of the new initiative:

President Biden, sketching out a vision for “bold approaches” to fighting cancer and other diseases, announced on Monday that he had selected Dr. Renee Wegrzyn, a Boston biotech executive with government experience, as the director of a new federal agency aimed at pursuing risky, far-reaching ideas that will drive biomedical innovation.

Dr. Wegrzyn is a vice president for business development at Ginkgo Bioworks and the head of innovation at Concentric by Ginkgo, the company’s initiative to advance coronavirus testing and track the spread of the virus. She also worked at DARPA and its sister agency, the Intelligence Advanced Research Projects Activity.

“Some of the problems we face every day — especially in health and disease — are so large they can seem insurmountable,” Dr. Wegrzyn said in a statement provided by the White House. “I have seen firsthand the tremendous expertise and energy the U.S. biomedical and biotechnological enterprise can bring to solve some of the toughest health challenges.”

Congress has appropriated $1 billion for ARPA-H, which is housed within the National Institutes of Health but reports directly to Xavier Becerra, the secretary of health and human services — an arrangement that is intended to keep the new agency from getting too caught up in the federal bureaucracy. While its director is not a Senate-confirmed position, Mr. Biden may face pushback from Republicans, some of whom have argued that the agency duplicates the N.I.H.’s efforts.

To quote our Nina, “What could possibly go wrong?”.

Reread that last paragraph again. Xavier Becerra is a dolt. I want some federal bureaucracy. I don’t want any mouse-test vaccines like this latest Covid shot. Dear God, help us.

There may be pushback from Dems, too. Nancy Pelosi just announced that Rep. Anna Eshoo (D-Silicon Valley) will head up this project in the Congress:

Nearly every family in America suffers the pain and loss from a difficult cancer diagnosis.

I don’t know if you watched He-Man and She-Ra cartoons, but Nancy Pelosi reminds me of He-man’s nemesis, Skeletor. 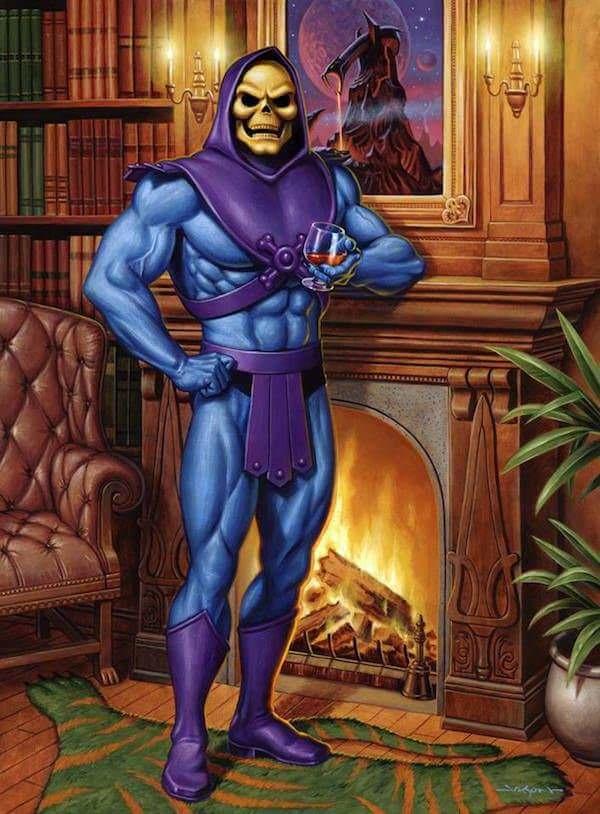 Am I right? Don’t get sick, not even a hang nail, for the next two years. We are so fecked.