Next post
Sucking The Blood Of Children - Joe Biden 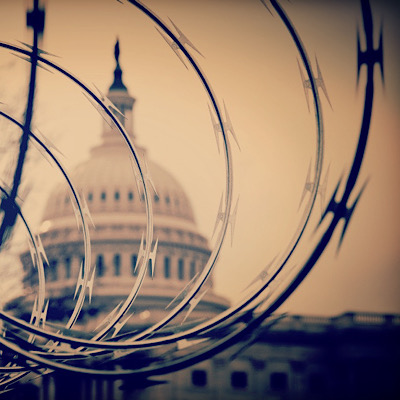 by Guest Writer in politics 5 Comments

The deception, the confusion and the overwhelming onslaught of propaganda from the government and media should be awakening people to the need for taking a hard look at where our country is headed and what that will do to our futures. However, it seems that like with the early signs of a toothache, most folks prefer to ignore it in the hopes it will somehow get better. Has denial become rooted in American culture?

For as long as I can remember we have been told the earth will cease to exist for one reason or another within a matter of years. When the predictions prove false a new reason is created. Maybe our ability to discount the absurdity that flows from people who have found their way onto the national stage has taught the political influencers that they can push more devious plans upon a society that has largely tuned them out. The fog of politics.

What is the Delta Variant? It has caused 111 cases and 3 deaths in Australia and subsequently that country will lock down all aspects of their society, mandate masks and even discourage people from talking to each other. I can imagine our politicians are licking their chops over what they may be able to force upon us as the next election cycle gears up. If a virus can kill and requires any and all radical precautions, why doesn’t the practice of election fraud that can kill our nation get the same attention?… I heard Rand Paul ask Anthony “the “Prince of Prevarication”Fauci if he understood that lying to congress is a felony. It made me LOL out loud! Why has he not asked that of Hillary Clinton, Lois Lerner, James Comey, John Koskinen, Peter Strzok, James Clapper, John Brennan, Jack Dorsey or Mark Zuckerberg, just to name a few?

We’ve learned that the same FBI that pushed the fake Trump/Russia conspiracy during the 2016 election cycle visited Facebook prior to the 2020 election and warned them that Hunter Biden laptop revelations were untrue and should not be seen by the public. …Democrats are full into an effort to keep the name of Larry Elder, a black conservative, off the ballot for governor in California – imagine that. But let’s not forget that this is the party that mocks black people as not having the smarts to get a photo ID. …Nancy Pelosi refused to allow conservative Reps Jim Jordan and Jim Banks to sit on her probe of Jan 6 Commission because they could “impact the integrity of the investigation”. I’m LOL-ing out loud again! …Democrats are spending millions and hiring hundreds of lawyers to stop any auditing of the 2020 election discrepancies that are prevalent in key blue districts across the nation and the media isn’t the least bit curious. That seems like a lot of effort to conceal that they are right.

A judge has forced Capitol riot defendant Guy Reffitt to unlock and turn over his laptop containing personal files, pictures and whatever may help incriminate him. Could this set a precedent for the “bi-partisan” Nancy Pelosi witch hunt to ask for laptops or phone records from AOC, Eric Swalwell, Ilhan Omar and others in order to see what took place in their lives during that infamous week? (more LOL)

Almost hidden in the clutter of ludicrous rubbish that flows from the media are the hearings on Biden’s nominee to head the Bureau of ATF, David Shipman. In response to Senator John Kennedy asking him to define what an assault weapon is, all he would offer was that he felt it is “whatever congress defines it to be”. This, to me, is one of the more ominously disturbing indicators of democrat thought to come out of DC since January 20. Let’s think about it in a larger context.

Joe Biden has said he plans to work with big tech (the liars mentioned earlier) to fight domestic terror by eliminating content deemed to be “extremist thought”.  In subsequent statements, Press Secretary Jen Psaki said this effort would expand to asking people to report friends or family who make extreme statements about government. What is extreme? Would that include Antifa or BLM? Of course not. Circling back to David Shipman’s comment on political definition will tell us that extreme, dangerous, or domestic terrorist can be whatever people in power define it to be. Now we are pulling back the curtain to reveal the true heart and soul of the democrat/communist agenda.

Once they can move people to accept reporting others in much the same way they have come to accept wearing masks, closing their businesses or keeping their children out of school, they can breach the protections of illegal search and seizure to subsequently drag people into court where the process becomes the punishment. In the extreme, it would not be a big leap to simply come and take people away as is done in China, Iran or Cuba.

No way you say? Think about this: once people are obedient in reporting others, the things they report or the veracity of their allegations are no longer important. Anyone can say anything about anyone and a tyrannical government can be happy to have them do so. We’ve seen it happen. We’ve seen history and can see how this is going to end if it isn’t stopped.

Featured photo of the United States Capital Building was provided by Jim Boyer and has been adapted, altered, and cropped for use in this article.