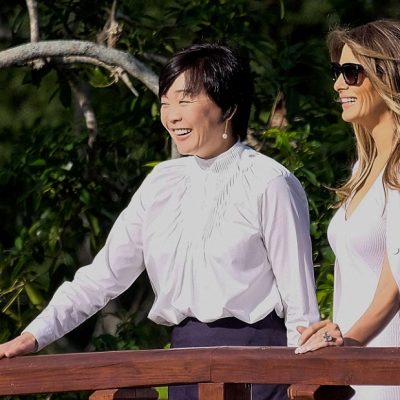 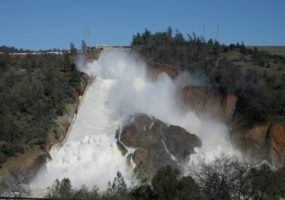 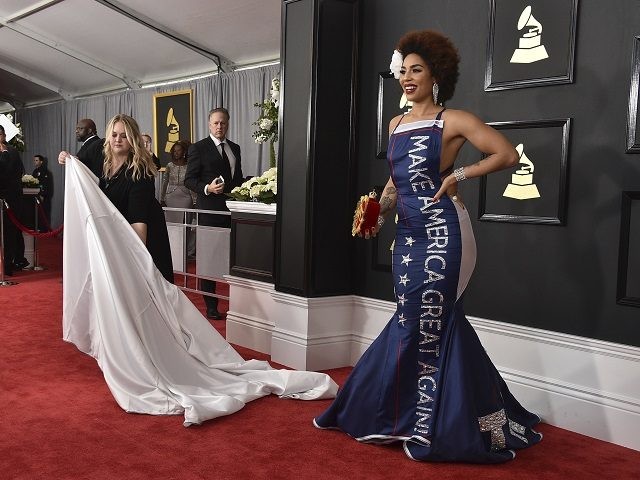 I’ll admit it. I’m not watching the Grammy Awards this year. Then again, I haven’t watched the Grammy Awards in like…ever. That said, I do peek in and check out the dresses. 98% of the time I walk away with the thought that, if that is fashion, I’ll pass. Keyboard and eye bleach alert dead ahead! 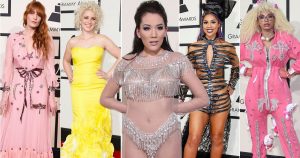 This year anyone watching the Grammy’s had to brace themselves for the political commentary as well. Because any awards show today would be passe’ if it didn’t offer some type of anti-Trump diatribe..RIGHT? Well, guess what? A singer, by the name of Joy Villa decided to buck the crowd in a YUUUGE way.

WOW!! Personally I’d never wear that particular style of dress, w/or without political sentiments. HOWEVER, Joy made a supremely bold choice! Is she a Trump fan or is she just wanting attention? 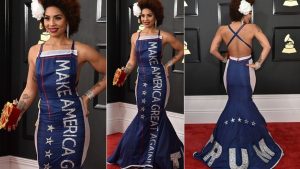 For me, I’m leaning towards Trump fan with a healthy dose of HEY GUYS FREE SPEECH and publicity!!

Because guess what? Our Constitutional right to Free Speech gives us all the ability to offer up any opinion we want to. That amazingly wonderful First Amendment right to Free Speech provides us the freedom to offer up our own (misguided, idiotic, blathering, flamethrowing, tinfoil wearing, too much weed, leftist, far right, and out and out crazy) speech that we want UNLESS it actually causes direct harm on people. Our Founding Fathers were amazing weren’t they?

Well, evidently there are far too many American’s who don’t believe in Joy’s freedom of speech.

she stay trynna be relevant but we still dont know her pic.twitter.com/3t2n2myNn5

Maybe she is trying to stay relevant. Maybe it doesn’t matter as she’s decided that free speech really does encompass all points of view no matter that the left would have us believe otherwise. The fact is, she made a statement. She’s been known for making fashion statements that well.. OUCH. But that’s ok. You see, Joy has it totally right.

Like her dress or not. Like her statement or not. In this country, in THIS UNITED STATES, ladies and gentlemen, every single one of us has the freedom and right to express our opinion. We all, Joy included, have the right granted to us via our Constitution to express our thoughts even if we look at or hear what is said and think…WTH? There are those who get it.

you go girl. Love it. Respect all the way. With you 100% pic.twitter.com/zyBCcaAdXf

Thus those on ANY side of the political spectrum are absolutely out of line to decide to try to shut her down with death threats. No, I’m not kidding. Just go to her Facebook page or Twitter timeline. Be warned, its not pretty. Language Alert!

I would be willing to bet that same person stood up and cheered when Victoria Rowell showed up wearing THIS dress!

Our Constitution guarantees us Freedom of Speech. Joy Villa exercised that freedom. And for that she got death threats? For that she had people threatening to shut her down?