Previous post
Germany Energy Shortage Should Be Warning To U.S. 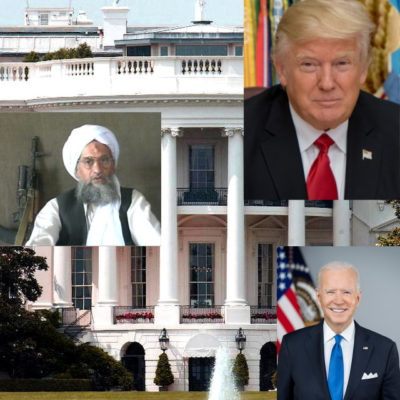 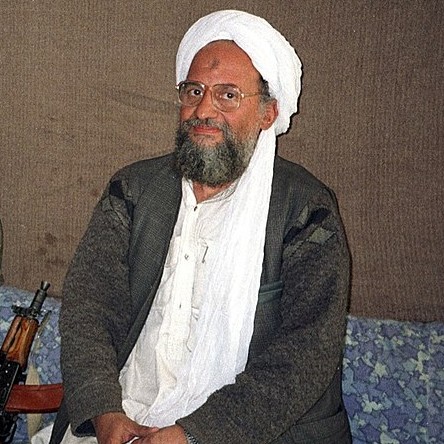 Ayman al-Zawahiri is dead, and may his name be blotted out. But there is no way in hell that Joe Biden should be giving himself ANY pats on the back for this.

The CIA operation took place on Saturday, with a drone strike that utilized a specific kind of missile.

An analyst said pictures of the strike posted on social media suggested a strike by a Hellfire missile armed with long blades aimed at killing targets with kinetic energy to minimize major collateral damage.”

This missile is apparently the R9X, also known as the “flying Ginsu.” If you wanted a missile that was basically a flying woodchipper, this would be it.

And apparently Ayman al-Zawahiri was discovered to be living in Kabul. Wait, WHAT.

American intelligence agencies tracked down Mr. al-Zawahri in Kabul earlier this year and then spent months determining that it really was him hiding out in a house in a crowded section of the Afghan capital. After receiving authorization from Mr. Biden a week ago, American forces fired two Hellfire missiles and killed Mr. al-Zawahri on a balcony of the house without killing anyone else, including members of his family living there or any nearby civilians, American officials said.”

The death of one of America’s most vocal enemies after a long and maddening search was a major victory for Mr. Biden at a time of domestic political trouble. But it raised immediate questions about the terrorist leader’s presence in Afghanistan a year after Mr. Biden withdrew all American forces, clearing the way for the Taliban to recapture control of the country. Mr. al-Zawahri moved back to Afghanistan earlier this year, evidently believing he would be safe there, officials said.”

The success in targeting and killing him without American forces actually on the ground will bolster Mr. Biden’s argument that the United States can still wage war against terrorist organizations without the major deployments of ground forces that characterized the first two decades after Sept. 11.”

But the disclosure that Mr. al-Zawahri found shelter in Afghanistan even though the Taliban had committed as part of an agreement first struck by President Donald J. Trump not to provide a safe haven for Al Qaeda to launch further attacks against Americans instantly undercut one of the premises of the American withdrawal.”

Joe Biden, for his part, nearly broke his arm as he gave a speech outside at the White House (so he could take his mask off, I’m guessing) in order to pat himself on the back.

Note how Biden starts his remarks: “On Saturday, at my direction, the United States successfully concluded an airstrike in Kabul, Afghanistan that killed the emir of al-Qaeda.” This same line was also Tweeted out from his account.

On Saturday, at my direction, the United States successfully conducted an airstrike in Kabul, Afghanistan that killed the emir of al-Qa’ida: Ayman al-Zawahiri.

Justice has been delivered.

There is a whole host of problems with this statement. Obviously, the major one is that Biden continually said that Afghanistan was no longer a haven for al-Qaeda, so we left (and his administration botched the hell out of leaving, resulting in the death of 13 American servicemen and women). So how the $%!#& did Ayman al-Zawahiri feel comfortable enough to live in Kabul in plain sight, standing on a balcony on a daily basis???

Also notice that Biden is quick to take credit for ordering the drone strike, and that he also notes in the speech that no civilians were killed. Funny, the last time there was a drone strike in Kabul the civilians weren’t so fortunate, and absolutely no one took credit for that massive mistake that cost the lives of innocents. And we were told THEN that it was a strike against ISIS-K before the administration was forced to admit the colossal screw-up. You can bet the house that Biden and his team are absolutely squeeing with joy that they got such a valuable target without getting any civilians killed.

The problem is that Biden then tries in this speech to actively re-write the exit from Afghanistan. There was zero mention of the 13 servicemembers who died during the withdrawl. Biden
only wants to talk about how successful this drone strike was, because it proves that we can hit bad guys without being on the ground.

The president, speaking to his decision to withdraw U.S. military assets from Afghanistan last August, said that he decided that “the United States no longer needed thousands of boots on the ground in Afghanistan to protect America from terrorists who seek to do us harm.”

“And I made a promise to the American people that we continue to conduct effective counterterrorism operations in Afghanistan and beyond,” Biden said. “We’ve done just that.”

Biden said that the killing of Zawahiri helps to “never again allow Afghanistan to become a terrorist safe have because he is gone.”

“We’re going to make sure that nothing else happens–you know, it can’t be a launching pad against the United States,” Biden said of Afghanistan. “We’re going to see to it that won’t happen. This operation is a clear demonstration that we will, we can, and will always make good on that solemn pledge.”

There is no argument that the world is better off without Ayman al-Zawahiri. But apparently the Taliban are pissed off that the drone strike happened. So much for not being a haven for terrorists, huh?

Meanwhile, the official Twitter account of the Spokesman of Islamic Emirate of Afghanistan, Zabihullah Mujahid, the Taliban, on Monday posted that an “air strike was carried out on a residential house in Sherpur area of Kabul city,” saying that the “nature of the incident was not revealed at first.”

The spokesperson condemned the strike: “The security and intelligence agencies of the Islamic Emirate investigated the incident and found that the attack was carried out by American drones. The Islamic Emirate of Afghanistan strongly condemns this attack on any pretext and calls it a clear violation of international principles and the Doha Agreement.”

The Taliban spokesperson added: “Such actions are a repetition of the failed experiences of the past 20 years and are against the interests of the United States of America, Afghanistan and the region. Repeating such actions will damage the available opportunities.”

Hmmm, let me play my tiny violin for the hurt feewings of the freaking TALIBAN. And while Joe Biden will get the credit for “taking out” Ayman al-Zawahiri, it’s the equivalent of burning down an entire house to kill a black widow spider. Biden allowed the Taliban to take Afghanistan back, thirteen Americans died in the process, untold numbers of Afghans have died and will die, but hey, Biden gets to take credit for al-Zawahiri’s death. And trust me, the administration will milk this “win” for all it is worth.