Next post
If We Are All Going to Be Labeled as Racists Anyway, Don't Back Away from the Critical Race Theory Fight 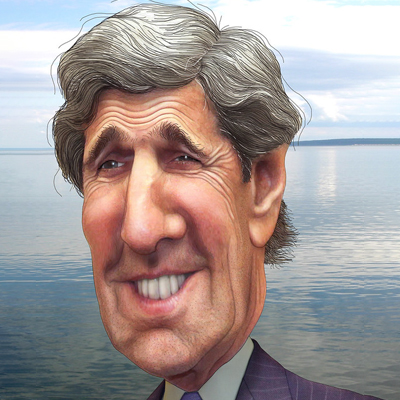 While most of the United States focused on the drama in the Kyle Rittenhouse case, late on Wednesday China and the US came to a surprise climate change deal. Or so each side claimed. The participants at the UN climate talks in Glasgow, Scotland, and the media naturally cheered. Instead, I wondered how China had bamboozled us this time.

At the United Nations global warming conference, or COP26, Joe Biden’s climate czar John Kerry met with his Chinese counterpart Xie Zhenhua to hammer out an agreement in which the two nations promised to cut emissions. According to officials from both sides, both Kerry and Xie had been meeting for several months before the conference. And they both promised to “accelerate the transition to a global net zero economy,” according to their joint declaration.

So how will they do that? By cutting methane emissions and phasing out coal, among other things.

Xie Zhenhua promised that China would do its part in stopping emissions and keeping global temperatures from rising:

“We both see the challenge of climate change is existential and a severe one. As two major powers in the world, China and the United States, we need to take our due responsibility and work together and work with others in the spirit of cooperation to address climate change.”

But as the saying goes, the devil is in the details. And China remained fuzzy on some of its pledges.

For example, Xie didn’t say exactly when China would quit spewing its increasing amount of fossil fuels. Nor did he say when it would stop increasing its greenhouse gas emissions, either. Just that the greenhouse gases would peak prior to 2030. Trust them. After all, as John Kerry said:

“We had lots of discussions about peaking. We peaked out on peaking.”

Then there’s the global methane pledge that China failed to sign onto. More than 100 countries had pledged to cut methane emissions 30% by 2030. But not China. Xie, however, did promise that his country would create a “national plan” to cut methane, although its current emissions target doesn’t mention the gas at all. 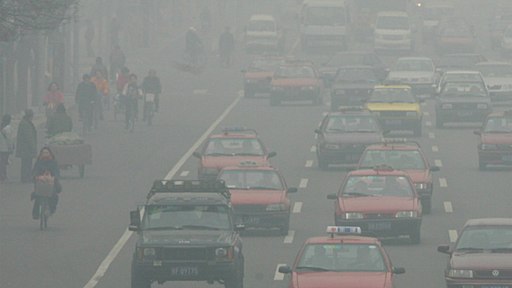 Look at that picture above, taken just a few months ago. Does it look like China is serious about cutting emissions?

Meanwhile, several big automakers also promised to phase out the sales of new gas-powered cars by 2040, and their sales in “leading markets” by 2035. Thirty national governments also signed onto the no new gas cars pledge as well. The automakers include Ford, General Motors, Volvo, and Mercedes-Benz, while Toyota, Volkswagen, and Nissan-Renault abstained. So did Japan, the United States, and . . . you guessed it . . . China. But while the US didn’t sign onto that pledge, notice that two of the automakers that promised to phase out gas cars are American companies Ford and GM.

So while teenager Greta Thunberg (she’s 18 now, and still won’t go away) demanded on Wednesday that the United Nations declare a state of emergency on climate change, let’s face it — most Americans aren’t losing sleep over it. And frankly, neither am I. But my biggest concern is that China is using climate anxiety to bamboozle the US yet again.

Currently I’m reading a newly released book, Snake Oil: How Xi Jinping Shut Down the World, which you can find at Amazon. The author, Michael P. Senger, is not a political hack; in fact, as a San Francisco attorney, he probably doesn’t have a MAGA hat. However, since the pandemic began he’s been researching how Xi and the Chinese Communist Party basically shut down the world through manufactured propaganda. What he writes is frightening.

“Through propaganda and fraud, the CCP under Xi Jinping transformed the snake oil of lockdowns into “science,” the greatest crime of the 21st century to date.”

Looking at you, Dr. Fauci.

Starting with a brief biography of how Xi became the ultimate Chinese authoritarian — think Mao 2.0 — Senger tells the reader how even before Covid the CCP used sophisticated bots to influence social media. Then, after the disease emerged in Wuhan, Chinese propagandists used social media to distribute disturbing accounts of Covid horror, including the welding of Wuhan residents into their homes for their own good.

You know the rest. The World Health Organization — already the puppet of Xi Jinping — declared a worldwide pandemic. Soon nations like Germany and Italy decided that maybe they should lock down their citizens, too. After all, it was only the way to stop the disease. Then the rest of the world followed in lockstep, except for Sweden.

Even now, Bill Gates thinks that lockdowns were the way to go during Covid. The West, he says, is too free.

This narrative has always been interesting to me because I’ve never met anyone who’s tried to escape freedom. https://t.co/pZVVkCSbjQ

And of course the media endorsed China’s idea, acting as Xi’s useful idiots. Never mind that lockdowns would devastate economies, as well as education and mental health, among other significant activities of life.

Senger writes that even Covid PCR tests had thresholds modeled by China, so that more positive cases would show up, even if there was no actual Covid virus present.

The book is jaw-dropping. But if you want a sneak peak, Senger has a sort of Cliffs Notes version at Twitter in a thread, which you can access here.

But back to COP26 and the climate change deal.

We’re now supposed to trust that China will honor its pledges to reduce emissions — promises its CCP mouthpiece made with John Kerry. And Kerry is one of the biggest dupes appointed by Joe Biden, the weakest president of modern times. Xi Jinping is no doubt rubbing his hands with glee after pulling another one over the eyes of the United States.

Even after Covid, I wonder why the United States still trusts Xi Jinping and the Chinese Communists on anything.