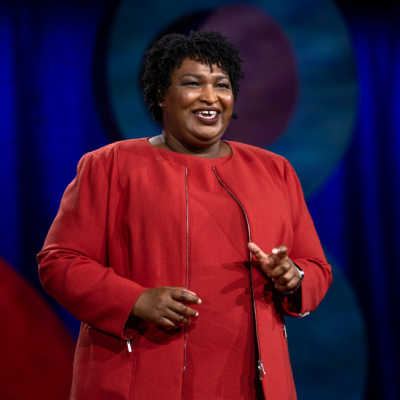 Georgia Governor, Brian Kemp, used his Saturday press conference to hit Joe Biden and Stacey Abrams on the loss of the Major League Baseball All Star Game this coming July. Both Biden and Abrams have have called the Voter Integrity Act of 2021 racist, which resulted in MLB pulling the game and the MLB draft from Atlanta.

Joe Biden is a plagiarist, a liar and a racist. His most recent lie, before the Georgia voting law, was about President Trump’s work on the Covid vaccine. His incidences of racist comments include Indians and 7-11’s, the 2012 Romney ticket wanting to put black folks back in chains, and telling Charlamagne tha God that if you aren’t voting Biden, you ain’t black.

Biden’s lies about the Georgia voting law even got a rare Four Pinnochios from the Washington Post. Biden claimed that the new law shortened Election Day hours and cut early voting days, when the law expanded them:

As for early voting, the law made a modest change, replacing a vague “normal business hours” — presumed to be 9 a.m. to 5 p.m. — to a more specific 9 a.m. to 5 p.m. time period. But that’s the minimum. Under the new law, counties have the option to extend the voting hours so voters can start casting ballots as early as 7 a.m. and as late as 7 p.m. — the same as Election Day in Georgia. Moreover, an additional mandatory day of early voting on Saturday was added and two days of early voting on Sunday were codified as an option for counties.

One could understand a flub in a news conference. But then this same claim popped up in an official presidential statement. Not a single expert we consulted who has studied the law understood why Biden made this claim, as this was the section of law that expanded early voting for many Georgians.

Somehow Biden managed to turn that expansion into a restriction aimed at working people, calling it “among the outrageous parts” of the law. There’s no evidence that is the case. The president earns Four Pinocchios.

Losing Gubernatorial candidate Stacey Abrams gave an interview to The Guardian on March 24, 2021 in which she slammed the voter suppression and racism of the proposed, at that time, Georgia Voter Integrity Act:

What is so notable about this moment, and so disconcerting, is that they are not hiding. There is no attempt to pretend that the intention is not to restrict votes. The language is different. They use the veil, they used the farce of voter fraud to justify their actions. Their new term of art is election integrity. But it is a laughable word or phrase to use. It is designed based on anything but a question of integrity. The truth of the matter is there is no voter fraud. The truth of the matter is we had the most secure election that we’ve had.

And, Abrams encouraged businesses to get more involved:

And so for the business community, it is a danger to their bottom line, to see a disconnection develop and be embedded in state laws that essentially say to rising populations that ‘you are not wanted and therefore we are not going to countenance your participation’. Because if you tell someone they aren’t wanted they’re going to assume you can’t say anything else to them.

It is a dangerous thing for the business community to be silent.

“You can bow down to this cancel culture,” Kemp said. “But if you do, it’s never enough. It’ll never be enough.”

Kemp spoke out against MLB’s move and other corporations based in Georgia that have spoken out against the new election law and specifically blamed misinformation from President Joe Biden and Stacey Abrams for how the nation has viewed the legislation.

“I’m in the fight, politically and as the governor of the state of Georgia,” he said. “We can let the other side outflank us, out politicize us. Or we can get in the fight with them. And that’s what we’re doing.”

You can watch the full press conference here, beginning at 16:00 in:

Again, elections have consequences and words have meaning. Be careful what you say, Joe and Stacey, you can invite calamity with your racist claims. Stacey issued her own “sorry, not sorry” statement:

So, the Republicans knew in advance that the Voter Integrity Act, which expanded voting times but tightened regulations, would cost the state of Georgia economically. Stacey was the one who called for businesses to take action. Does she know what culture we live in? Hello, Cancel Culture. Now, Stacey has the sadz that MLB took action. Sorry, Stacey. Maybe you ought to learn something about leadership and the laws of unintended consequences.

Poor Joe Biden will continue to foment racial animus because that’s who has always been. This weekend, Joe is hiding in the basement at Camp David.

Governor Kemp and the Republicans in the State Assembly need to stay strong. MLB should come crawling back on its knees and maybe offer some economic incentives to the State of Georgia to host the All Star Game.

Be careful what you wish for, you just might get it.