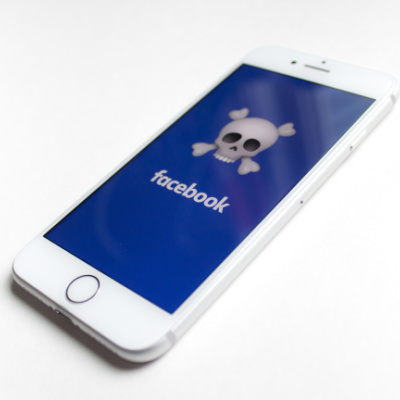 FB Whistleblower, Frances Haugen, is testifying before the Senate Commerce, Science and Transportation Committee today. If you see FB and don’t immediately think “Facebook”, you have been in a coma for the last decade. The alleged purpose of the hearing today is “to examine protecting kids online”. Stop laughing. You know all those Senators really do care about protecting kids. Stop laughing.

In case you are saying “Frances Haugen, who?”, our Deanna wrote about the 60 Minutes “bombshell” interview with Miss Haugen. You can read Deanna’s post here. The thing that shocks me most about the shock that the FB whistleblower revealed that Facebook and Instagram are dangerous for young girls is that anyone is shocked by that. I would add in TikTok,too, but that one is on the ChiComs, not Mark Zuckerberg. Zuckerberg puts profits over people! I am so shocked, not.

“When they got rid of Civid Intregrity,” Haugen said, “that was the moment for me where I was like, ‘I don’t trust them to invest in what they need to to keep Facebook safe.”

So, it wasn’t really about the children? Do you smell political operative here? You would be sniffing in the right direction. According to the Post Millennial, the FB whistleblower is connected to former Obamabots:

Because D.C. is such a small town, you won’t be surprised to know that Biden mouthpiece Jen Psaki did communications consulting for Bryson Gillette.

Our intrepid FB whistleblower, Haugen, and her communications team, also has a legal team. Get ready for it. Her legal team is well-connected, too:

Those lawyers are Whistleblower Aid, a group founded by Mark Zaid, who previously represented the national security official who alleged that Donald Trump inappropriately pressed the Ukraine president on a phone call to, in turn, investigate whether Joe Biden inappropriately pressed the country to drop an investigation into his son’s firm, Burisma.

Well, well, well, why do I get the feeling we are being played? My first thought this morning before I learned all about our FB whistleblower was that this was just a chance for the Senators to tut tut, sniff, harumph, tug on their chins and do absolutely nothing.

But then, Victory Girls’ Nina sent me a tweet that made it all make sense:

Wait. Donald Trump wanted to reform Section 230 and regulate Facebook and Democrats screeched that it is a private company and can do what it wants.

Now Joe Biden is in the White House and they want to reform Section 230 and regulate Facebook.

What do they stand for?

Things that make you go “Aha”. Section 230 is the “not a publisher” section of the 1996 Communications Decency Act:

Section 230 says that “No provider or user of an interactive computer service shall be treated as the publisher or speaker of any information provided by another information content provider” (47 U.S.C. § 230). In other words, online intermediaries that host or republish speech are protected against a range of laws that might otherwise be used to hold them legally responsible for what others say and do. The protected intermediaries include not only regular Internet Service Providers (ISPs), but also a range of “interactive computer service providers,” including basically any online service that publishes third-party content. Though there are important exceptions for certain criminal and intellectual property-based claims, CDA 230 creates a broad protection that has allowed innovation and free speech online to flourish.

Thune’s Platform Accountability and Consumer Transparency (PACT) Act would, according to Chris Cox:

require internet platforms like Facebook and Twitter to submit quarterly reports to the Federal Trade Commission outlining material they’ve removed from their sites or chosen to deemphasize (for example, posts they’ve chosen to mostly exclude from users’ feeds).

“Sites would also be required to provide an easily digestible disclosure of their content moderation practices for users.

“And, importantly, they would be required to explain their decisions to remove material to consumers.

Maybe this is a good idea, maybe it’s not. Sounds like a lot of compliance regulations, but nothing concrete to me.

Do our Senators know about FB whistleblower Haugen’s interesting relationships with former Barack Obama associates? Do our Senators wonder about why the Dems are down with reforming Section 230 now? Do our Senators wonder if they are being played to help Dems shut down free speech? I would love just one Senator to come out and ask those questions. What a great way for the Democrats to shut down political opposition. Just in case you didn’t know, AG Merrick Garland is looking to shut down parents asking questions about how their kids are being educated. Thank goodness, Garland is not on the Supreme Court, but another way to shut down political opposition.

The FB whistleblower is not your friend. This is a lot of theater for Cletus and all the slack-jawed yokels. You already know that, don’t you?