Previous post
FB Whistleblower Is Not Your Friend. You Know That, Right?

Next post
Fauci The Grinch And CDC Try To Discourage Holidays 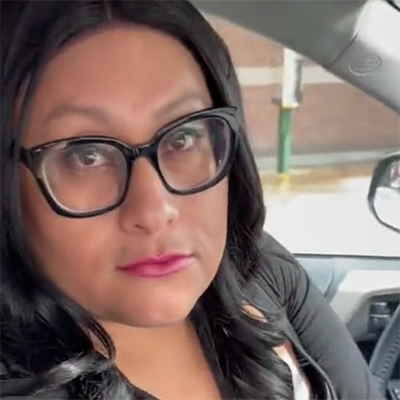 Normally you think of Sonic Drive-Ins as places to get cheap burgers and those delicious cherry limeades. But in Houston, TX, a trans activist saw a local restaurant as a hunting ground for transphobic bigots. And internet clicks, of course.

This person, who goes by the name “Eden Torres,” claimed that he/she/whatever experienced transphobic discrimination after employees dared to address he/she/whatever by “sir.”

Now typically the word “sir” is an address of respect for a customer. But not to “Eden Torres” — oh, no, no! Whipping out the trusty cell phone, Torres filmed the discomfort of the poor manager trying to explain why his employee would have used that nasty word on a man who demands that everyone see him as female.

Turns out the employee saw a name on the credit card that was definitely not feminine. But Torres said that was a “dead name,” as if the poor employee or manager would even know what that is.

“Is the name on the credit card a feminine name?”

“Exactly! Then they’re not discriminating against you.”

The manager continued trying to diffuse the situation.

“What would you assume looking at me?”

Torres also asked the Sonic manager what made him think that he was a man.

Oh, I dunno. The heavy jawline, the Adam’s apple, the shoulders, the faint beard under the makeup . . . . 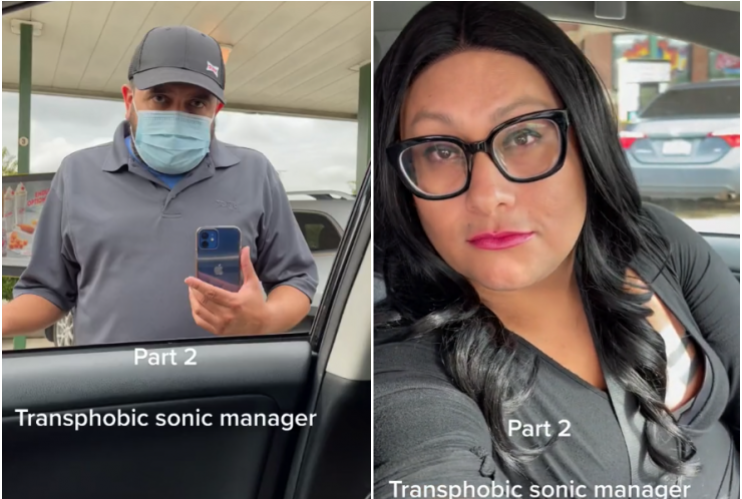 I know you’d like to see how this really went down, so here you go. Imagine being that poor Sonic manager, trying to understand just what it is this angry person wants.

“Aggressively transphobic?” On what planet? This poor guy was instead trying to please his customer.

But Torres wasn’t done — not by a long shot.

It gets even worse pic.twitter.com/HLBEFLTazt

“Eden Torres,” however is thrilled at all the attention, but also pissed off at Sonic for not addressing the dire situation in a timely enough manner:

“1.1 million views and countless trans people commenting confirming this is discrimination and transphobia and NOT ONE WORD from @sonicdrivein. All I want is them to hire a trans led org to train every single employee on how to properly affirm us.”

Sonic, of course, folded like a cheap corporate suit, similar to others who fall for trans activists extortion schemes, and promised to do better:

“Eden, we have a strict anti-discrimination policy and take this very seriously. We launched an immediate investigation into the incident, and we have reached out to you via TikTok to gather more information needed to complete the investigation. Please feel free to DM us here.”

One person who will not give in to demands of radical activists like Eden Torres is Canadian psychologist Jordan Peterson. He took a stand against transgender antics in 2016, which he called “playing a game” in which there are no rules.

So that poor Sonic manager in Houston found himself caught up in a game of Transgender Calvinball, in which an activist made up rules which the manager was supposed to understand. And if he didn’t, he was “trans phobic.”

But isn’t that the goal, however? Get people fired, make corporations bend the knee, and force the rest of us to live in fear of offending trans activist tyrants who proselytize their despotic religion.