Previous post
Columnist Will Not Take Knee Before Cancel Mob 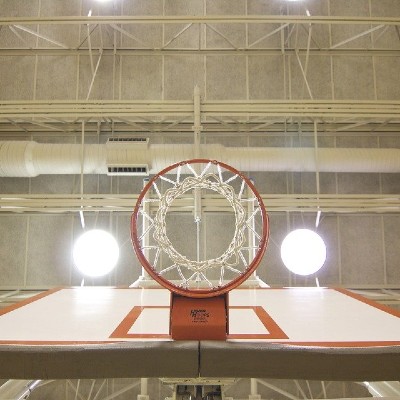 Brace yourselves, because ESPN did a thing and actually reported on a story out of China that reflects VERY badly on the NBA.

Yes, Disney-owned ESPN actually wrote and published a story about how Chinese youth basketball camps in Xianjiang – remember Xianjiang, where Uyghurs just like to take train rides after haircuts just for fun? (yes, this is sarcasm) – were abusive places. Now, before we give ESPN too much credit for this investigative journalism, this story is apparently a few years old, and is only now just now being revealed, even though some had raised alarms in a much more generalized sense before this.

Along with harassment of Americans – NBA employees, no less – who showed up to live and work in Xianjiang, the kids who showed up were abused by the Chinese adults running the place. Apparently, in the hopes of finding the next Yao Ming, the Chinese were happy to beat the snot out of kids – many of whom were Uyghurs.

One American coach who worked for the NBA in China described the project as “a sweat camp for athletes.”

At least two coaches left their positions in response to what they believed was mistreatment of young players.”

One requested and received a transfer after watching Chinese coaches strike teenage players, three sources told ESPN. Another American coach left before the end of his contract because he found the lack of education in the academies unconscionable: “I couldn’t continue to show up every day, looking at these kids and knowing they would end up being taxi drivers,” he said.”

Not long after the academies opened, multiple coaches complained about the physical abuse and lack of schooling to Greg Stolt, the league’s vice president for international operations for NBA China, and to other league officials in China, the sources said. It was unclear whether the information was passed on to NBA officials in New York, they said. The NBA declined to make Stolt available for comment.”

The NBA is trying to gloss over the problems that it apparently knew about, even as they say that they are no longer involved in Xianjiang.

In an interview with ESPN about its findings, NBA deputy commissioner and chief operating officer Mark Tatum, who oversees international operations, said the NBA is “reevaluating” and “considering other opportunities” for the academy program, which operates out of sports facilities run by the Chinese government. Last week, the league acknowledged for the first time it had closed the Xinjiang academy, but, when pressed, Tatum declined to say whether human rights were a factor.”

“We were somewhat humbled,” Tatum said of the academy project in China. “One of the lessons that we’ve learned here is that we do need to have more direct oversight and the ability to make staffing changes when appropriate.”

One of the questions the ESPN article raises is “did Commissioner Adam Silver know about this?” With the comments that Adam Silver has made recently, trying to weasel his way out of any responsibility for the NBA’s kissing the ass of the communist Chinese government – for example, saying lamely that “They have a different view of how things have been done, how things should be done. And hopefully, we can find mutual respect for each other.” – what do you think?

Silver knew, or those who were close enough to the top to say “this is bad” knew, and no one did anything to stop it.

The NBA employees who spoke with ESPN said many of the league’s problems stemmed from the decision to embed the academies in government-run sports facilities. The facilities gave the NBA access to existing infrastructure and elite players, Tatum said. But the arrangement put NBA activities under the direction of Chinese officials who selected the players and helped define the training.”

“We were basically working for the Chinese government,” one former coach said.”

And all in hopes of finding the next hot, up-and-coming Chinese basketball prospect, to make sure that the eyes of China would watch the NBA games, and to keep the sweet stacks of yuan rolling into the NBA’s bank account. Only now, when the NBA can be quite credibly tied to not only the abuse of youths in a sports program, but the abuse of Uyghur children in their own program in Xianjiang – ESPN reports that most of the players at the youth development basketball camp in Xianjiang were Uyghurs – are they running away from what was obviously known at the time. These tweets from 2019 from a “strength coach” that the NBA hired to work in Xianjiang – who declined to be interviewed by ESPN – makes it pretty obvious that what was happening was an open secret.

You’ll forgive me if I don’t take LeBron James or the NBA seriously when it comes to their incessant preaching over social justice causes while they quietly allowed the abuse of teenagers to occur on their watch in China. Go shove that beloved basketball of yours up or in your nearest and biggest orifice, you flaming shitheel hypocrites. I hope the cries of those kids haunt your nights in your glided mansions.