Next post
Child Defends Herself From Biden's Creepy Advances 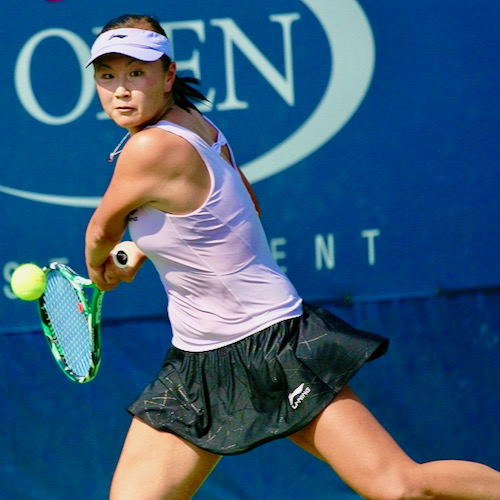 Where is Peng Shuai? A lot of people are asking. High profile folks at that. This time it’s Enes Kanter with his powerful op-ed.

Enes has already made a name for himself as a major basketball player. However, these days he’s also continually calling out those countries who operate as dictatorships. Namely China. As Deanna noted earlier, he’s completely on board with what Tom Cotton is advocating for – the United State completely pulling out of the Beijing Olympics. Why?

Because China engages in slave labor. It’s been well known for years, but the world leadership likes to ignore it because politics. The only person in recent memory who has held China to account is President Donald Trump.

Which brings us to Peng Shuai. She issued a statement via email to the Women’s Tennis Association. In that email she articulated the following:

Peng, 35, alleged in a Nov. 2 social media post that Zhang Gaoli, a retired member of the Chinese Communist Party’s Politburo Standing Committee, sexually assaulted her in his Beijing home three years ago despite her refusals.

Peng and Zhang had sex once seven years ago and Peng admitted she had feelings for him after that.

“I was so frightened that afternoon, never thinking that this thing could happen,” she said in the posting, which was removed from her ​Weibo ​account a half-hour later.​​

Has anyone seen Peng since she sent that email just over a couple of weeks ago? Not really. Understandably, those in the tennis world are very concerned.

A statement “from Peng Shuai” and carried by Chinese state media, saying “everything is fine”… where have we seen similar things before? pic.twitter.com/GvQA3fbCTI

Needless to say, the World Tennis Association wasn’t buying it. They issued their own statement.

“The statement released today by Chinese state media concerning Peng Shuai only raises my concerns as to her safety and whereabouts.

I have a hard time believing that Peng Shuai actually wrote the email we received or believes what is being attributed to her. Peng Shuai displayed incredible courage in describing an allegation of sexual assault against a former top official in the Chinese government. The WTA and the rest of the world need independent and verifiable proof that she is safe. I have repeatedly tried to reach her via numerous forms of communication, to no avail.

Since Enes Kanter has started blatantly calling out China, and now other athletes are stepping up. This time on behalf of Peng Shuai.

You know, here in the United States, if an accusation of sexual assault is made, HELLO Andrew Cuomo!, the accusation and the accuser aren’t disappeared. Instead the media swarms and the political folks will spin like nobodies business. What does China do? Disappear Peng.

Oh wait, she isn’t that disappeared, according to the Chinese propaganda police.

Needless to say, quite a number of folks are calling FOUL on China regrading Peng. Chief among those is Enes Kanter. He has been EN FUEGO these last months regarding China. He’s finally had enough and has been calling China out right and left. Last evening the Wall Street Journal penned an op-ed from Enes Kanter.

The sports community must wake up—and speak up. We need to realize that the authoritarian Chinese government isn’t our friend. The Communist Party is a brutal dictatorship that has weaponized economic power to achieve ideological and political compliance.

As Enes points out, there are other athletes over the years who’ve helped move the needle on major issues. Among them are Bill Russell and Arthur Ashe. Yet, today, 99% of the worlds athletes stay silent on China’s atrocities. All because of what? The almighty dollar? The fact that they’ll get to play their games IN China? The kickbacks?

We must also stop giving priority to money over morals. Claiming we are “misinformed” or “not really educated” should no longer be an excuse. Take initiative. Reach out to activists and communities. Try to learn about the Chinese government’s abuses. We can all be better allies, and stand in solidarity.

Peng Shuia’s voice needs to be heard. China needs to produce her and LET HER SPEAK. Preferably in a Western country. Will that ever happen? I sincerely doubt it.

What WILL happen is Enes Kanter using his platform to help political prisoners. He will continue to use his platform to shine a MASSIVE light on China’s abuses and you can damned well bet that he and the World Tennis Association will not let Peng Shuia’s plight get swept under the rug.