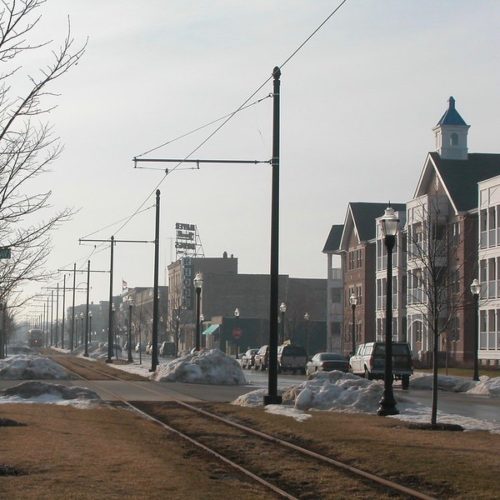 Leave the Democrat donkeys to their own distorted reality when a not-guilty verdict pops up for a “known racist, white supremacist” by the name of Kyle Rittenhouse. Lots of screaming at the sky yesterday when this verdict was read.

But they can’t stop, won’t stop. For instance, Democratic congressman Sean Patrick Maloney, chairman of the Democratic Congressional Campaign Committee. Maloney issued a statement yesterday afternoon in which he said that it is “disgusting and disturbing that someone was able to carry a loaded assault rifle into a protest against the unjust killing of Jacob Blake, an unarmed Black man, and take the lives of two people and injure another – and face absolutely no consequences.”

The dccc didn’t know Blake is alive until 20 minutes ago pic.twitter.com/hnZFcGaEoS

Wait hold up, the unjust killing of Jacob Blake? No, just no, Sean Patrick. You didn’t. But, alas you did. And Twitter is forever. Unless you’re Donald Trump. Then, you are banned for your lies, lies, lies!

We sent out an incorrect version of our statement. Here is the corrected version. Apologies. pic.twitter.com/JMiI4ImHbF

Ooops. Dumbass Democrat Maloney didn’t know Jacob Blake is alive! But he wants you to know the facts. Kyle Rittenhouse “unjustly killed him.”

Maybe Maloney meant in the figurative sense? Jacob Blake told CNN back in August that “he has not survived until something changes”. This is Blake regarding Rittenhouse:

For the reasons they said they shot me, they had every reason to shoot him, but they didn’t. Honestly if his skin color was different, and I’m not prejudiced or a racist, he probably would have been labeled a terrorist.”-Jacob Blake

A “terrorist” who shot two white guys and injured one white guy who were all participating in the destruction of Kenosha in the name of “protest”. How disgusting and disturbing of Kyle Rittenhouse. He shot two dirtbags to avoid a possible beatdown and a coma? Disgusting. Disturbing.

The two deceased, Joseph Rosenbaum and Anthony Huber, were not exactly innocent, upstanding men, either. Rosenbaum had pending charges in Wisconsin for alleged domestic abuse and jumping bail at the time of his death. Back in 2002, Rosenbaum was sentenced to a decade in prison on child molestation charges and spent just over 14 years in prison and committed dozens of disciplinary infractions. Anthony Huber was convicted of domestic abuse and disorderly conduct in 2018. He also served a time in the big house in 2012. Why? He choked his own brother.

Democrat, Sean Patrick Maloney, laments on Rittenhouse being “disgusting and disturbing”? Did he not read up on the deceased? Not exactly nice guys here, genius. But continue on with the false narrative. What else did Maloney neglect to mention here? Jacob Blake. Say his name. Unarmed father, brother uncle. Perpetrator of domestic abuse and sexual assault.

Amazing. He says that Jacob Blake was killed while unarmed even though Blake was armed and was not killed. I mean these damned ghouls can’t stop lying. They lie about everything all the time. It’s pathological. https://t.co/zsbpHAX9rA

Perhaps this is what Democrat-liberals mean about living “your” truth. Makes you wonder if Maloney even tried Google. I mean, not even Google can bury this information like they bury articles on COVID-19 vaccine efficacy.

Spoken like a true Democrat VP. Like when you prosecuted parents of truant kids and supported mandatory minimums, Kamala? Or was it when you sent people to jail for minor drug charges and terrorizing communities of color? Which part if our criminal justice system were you trying to make more “equitable”, exactly?

While the verdict in Kenosha will leave many Americans feeling angry and concerned, myself included, we must acknowledge that the jury has spoken. I ran on a promise to bring Americans together, because I believe that what unites us is far greater than what divides us.”-Joe Biden

Does he know what the verdict in Kenosha was? Does he even know where Kenosha is these days?

Leave the Democrat donkeys to their own distorted reality when a not-guilty verdict pops up for a “known racist, white supremacist” by the name of Kyle Rittenhouse. Lots of screaming at the sky yesterday when this verdict was read.

If a young man shooting a couple of scumbags who already have criminal records and are looting, rioting, burning innocent people’s homes and businesses to the ground and trying to inflict harm is “disgusting and disturbing” perhaps it’s time to re-evaluate. What is disgusting and disturbing is that these acts of looting and rioting were condoned by politicians and big media and labeled as “protests”. Let’s talk more disgusting and disturbing. Forbidding the visiting of loved ones and assembling together in a pandemic while condoning open rioting on the streets in the name of “freedom”. Allowing POS AntiFa rioters to torch buildings in big cities and openly trash neighborhoods they do not personally live in. That’s not disturbing and disgusting according to these loons.