Next post
Goodell Capitulates On Behalf of NFL, Gets Owned 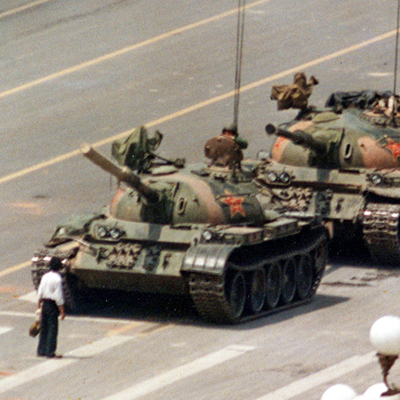 Senior House Democrat Eliot Engel of New York ratcheted up the hyperbole about Trump’s trip to Lafayette Square. As you recall, President Trump visited St. John’s Episcopal Church on Monday, after rioters torched the church on Sunday. The church survived, but because crowds returned the next day, police dispersed the mob, using smoke or tear gas. It’s not clear which they used.

Sunday’s conflagration started when rioters tore down the American flag from the church, yelling “burn that shit!”

They then set the church ablaze.

But Eliot Engel compared rioters like these to the young Chinese protestors at Tiananmen Square in 1989. The Communist government had responded to pro-democracy protestors by killing hundreds — maybe thousands — of them. No one, of course, died at Lafayette Park, but that didn’t stop Engel from employing some nonsensical bombast to dig at Trump. And, to bolster his Black Lives Matter cred, too.

“I cannot honor the events of 1989 or recent events in Hong Kong without acknowledging what’s happening here at home: the suppression of Americans exercising their rights to free speech and association, protesting a racist system rooted in the darkest chapters of our history that continues to subject African-Americans to violence, brutalization, and murder.”

“President Trump instead ordered a crowd of peaceful protestors to be tear gassed so that he could walk across the street for a photo-op.”

Instead of commemorating the victims of Communist oppression who risked their lives for liberty, Engel insulted their memory. Not only that, but he gave more fuel to Chinese President Xi Jinping, who’s relishing the riots and racial tensions in the U.S.

Just whose side is Eliot Engel on, anyway?

“The Chinese communist government survived with oppressive control of information and sheer brutality.”

In addition, the White House honored the memory of the Tiananmen Square victims in a statement.

“The Chinese Communist Party’s slaughter of unarmed Chinese civilians was a tragedy that will not be forgotten.”

Here is what Eliot Engel thinks the clearing of Lafayette Park resembles. Watch the entire harrowing video that Canadian journalist Arthur Kent recorded on the scene. Then tell me how anyone can possibly compare the two events.

But Eliot Engel’s true colors also emerged on Tuesday when a hot mic caught him disparaging the protestors. He planned to address them and let them know that he was one with them! He was down with their struggle against racism and The Man!

Except the mic caught him saying this:

“If I didn’t have a primary, I wouldn’t care. Just announce me. … As long as we’re announced.”

For insulting the memory of those killed in Tiananmen Square, for comparing them to the human detritus that torched St. John’s Episcopal Church, and finally, for caring only about his re-election, I would say Eliot Engel also qualifies. Don’t trust Eliot Engel. Because Eliot Engel is asshoe, too.