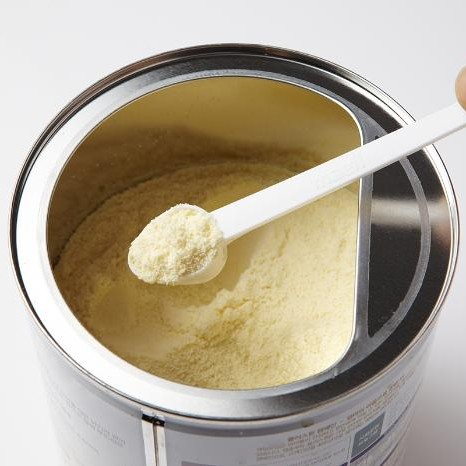 Who remembers that we still have a baby formula supply problem in this country? These problems began almost a year ago, when Abbott Nutrition began a voluntary recall of some of the most popular brands of baby formula on the shelves.

As our readers will remember, by last spring two infants had died of bacterial infection (Cronobacter sakazakii) and two more had become sick. The problem was that none of the formula showed evidence of bacteria, but the bacteria had been found in Abbott’s Sturgis, Michigan plant, in a non-production area. The plant was shut down, which then triggered a cascade effect that neither the FDA or anyone else on the federal level anticipated: a nationwide baby formula shortage. The most well-known brands were off the shelves, and anything else was getting snapped up by desperate parents.

Caught completely flat-footed, the Biden administration (and Joe Biden himself) was forced to admit that they hadn’t taken the situation seriously, and then cobbled together an “emergency airlift” of formula from Europe that was a literal drop in the bucket, and then had to pass a waiver on the tariffs on European-made baby formula through Congress that lasted through the end of 2022. The FDA finally allowed Abbott to open up their plant again, and that was the end of it, right?

Nope. Baby formula supplies have never returned to their previous levels, and now the waiver on the tariff has legally ended. As Reason Magazine pointed out in mid-December:

While the baby formula shortage has been past critical levels for several months, formula supplies remain strained, even with increased imports. “It is a far cry from the full-on crisis that existed in, say, July of this year, when a lot of store shelves were empty,” Scott Lincicome, the director of the Herbert A. Stiefel Center for Trade Policy Studies at the Cato Institute told Reason, “Now for most folks out there, your local CVS might have a limited supply of formula, you might have a few specific brands or types out online, but in general you’re gonna be able to make do.”

This status quo is set to end shortly. The FORMULA Act will expire at the end of the year, and while the FDA will allow select formula imports until October 2025, foreign companies will be subjected to high tariffs on their product, causing price increases and likely shortages of the imported formula that so many families now rely on.”

“Any time you add a tax of approximately 25 percent, some of that’s gonna get passed onto consumers, and domestic prices will adjust upward to match the import prices,” Lincicome told Reason. “And the second thing is, any time you add a tax of that level, you’re gonna get less supply. Consumers and importers, retailers in the rest of the United States will try to avoid importing more formula if they can because there’s gonna be less demand for it, cause it’s gonna be expensive.”

Thus, instead of learning from this year’s shortage and liberalizing the baby formula market to allow for more imports, the Biden administration seems set to allow the FORMULA Act to expire—allowing the market to begin returning to the same regulatory regime that made U.S. baby formula supplies so vulnerable to a shortage in the first place.”

“We’re essentially going right back to the screwed-up market we had,” Lincicome told Reason. “We have a domestic market that’s highly concentrated, and a wall that prevents import supplies, to potentially diversify a bit. And the result is, when you have a single factory closure, you essentially cripple the who market, if not collapse it.”

Well, in their infinite wisdom, the DOJ has now decided that they need to open a criminal investigation into Abbott and their plant in Michigan – even though none of the infant deaths or bacterial infections could be directly linked to the factory. After all, someone has to be at fault here, and it certainly isn’t going to be the federal government!

The “DOJ has informed us of its investigation and we’re cooperating fully,” said Scott E. Stoffel, a spokesperson for Abbott.”

Last February, Abbott recalled Similac and other powdered formulas that were made at the Michigan plant, which was later shut down following a Food and Drug Administration inspection. The FDA found evidence of previous bacterial infections and of workers handling materials without washing their hands.”

The closure of that plant worsened a nationwide shortage that left parents unsure where they would find more baby formula. It came four months after a whistleblower had submitted a report to the FDA alleging unsanitary conditions at the Sturgis plant.”

The agency later investigated reports that as many as nine children had died after allegedly drinking formula from the plant, but it was unable to identify the source of the infections, according to documents released last summer. The plant restarted Similac production in August that year.”

So, let’s play a little “what if.” Say the DOJ pursues criminal charges over infant deaths that can’t be conclusively linked to the Sturgis plant. Do they really want a conviction? No, what they probably want is a big fat fine levied against Abbott, claiming that this is the way the DOJ chooses to hold them accountable. And what if Abbott decides that this just isn’t worth it, and closes the Sturgis plant entirely? After all, they’re planning on opening a new plant in Ohio. We’ve already seen the catastrophe that happened when this plant closed. Is the Department of Justice really looking to shut down the factory again, breaking the supply chain even more? Of course not! They’re looking for some money!

Remember that a whistleblower report went to the FDA in October 2021, claiming that Abbott had food safety problems at the Sturgis plant. Well, the FDA later admitted that it took them months to get that whistleblower report, much less act on it. Will the DOJ be looking to hold the FDA accountable for not acting sooner? HA HA HA HA HA.

There may very well be legitimate concerns about the Sturgis production facility. But this feels more like the FDA got caught with their pants down, the Biden administration had to bear the political embarrassment, and now the DOJ is going to make sure someone coughs up some cash to cover up the failures by the feds. Meanwhile, there are still plenty of gaps on the shelves at the grocery stores, and the return of the tariffs won’t make that store inventory any better.