Next post
American Mom Who Praised China Gets Flak 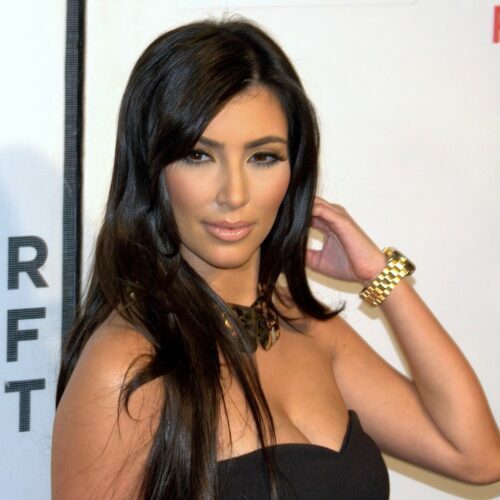 Kim Kardashian, in addition to her desire for a Juris Doctor, is, what some call a “savvy businesswoman”.

I mean, like, who else makes a sex tape and instantly becomes an overnight celebrity teenage preacher’s daughters stalk down in Calabasas? And, bloody hell. Look at what the Kardashians have done for the plastic surgery market! Every girl wants fake boobs, butt implants, botox and fillers. One could say that Kim Kardashian has single-handedly assisted in the cosmetic surgery boom in The United States and the success of many a plastic surgeon.

Now, Harvard has yet another genius to add to their mix. This “genius” spoke for two whole hours!

Kardashian accompanied her co-founder, Jens Grede, for a two-hour lecture about SKIMS, which was valued at $3.2 billion ($4.6 billion) just a year ago. Imagine. Paying almost six figures a year for an Ivy League education for your kid only to realize they sat through two hours of heinous vocal fry from the one, the only, Kim Kardashian!

Kim K. showed up on campus with her film crew and the segment, (of course), will be aired on their Kardashian Hulu series because, never waste an opportunity. Hey, at least she’s fully-clothed for this one.

We’re also thinking this may be her ploy to get invited to attend Harvard to finish her JD. After all, Kim is studying to do some lawyering in the great state of California, where she took four times to pass the “Baby Bar“. OMFGGGGGGGGGGGGGG! I can see it. It’s true Harvard is not exactly very picky about who they let in these days. Unless you’re a common peasant, you, too, can get into Harvard. They let David Hogg in, after all, who managed to get into the prestigious university with an SAT score of 1270. It’s a good thing he’s a woke-ass liberal who lobbied for gun control because had he not, he would not be strolling the halls of Crimson.

I know, I must have some sympathy for Kardashian, the “working mother” of four. It’s hard to keep up on your Insta, try on clothes for child groomers, go to Met Galas, get your hair extensions put in and nails did and schedule all of your Botox/filler/lipo, all while managing a household! You try doing all of that with four kids and passing the Baby Bar in a state where you don’t need law school to become a lawyer! California will take anybody!

Some say Kardashian did not speak for two whole hours. All I can say is, THANK GOD.

I am a student at HBS and this is not correct. Kim kindly came to campus to speak about her experience as an excellent businesswoman and entrepreneur. She visited a course that last a few hours but only spoke for 30 minutes or so and then answered a few questions. I was in there

An excellent businesswoman and entrepreneur, say some. This from the lot who wants to tell us that Capitalism is bad; that corporate America is what is wrong with America.This from the ones who want their 6-figure education funded by true working-mom entrepreneurs who don’t have nannies, don’t fly Kim Air, and who had not had their lives and successes completely handed to them.

Now, it could be argued that Kardashian possesses some solid business acumen in lifestyle branding. I will credit them for one thing and one thing only: makeup contour is life-changing. But the rest of it has spawned a generation of shallow, superficial fembots who base their lives on social media platforms and likes from complete strangers.

And, some of the commentary from The New York Post is real:

I don’t think Kim K is any more or less ignorant than Mayor Pete, Shelia Jackson Lee or Joe Biden. At least Kim found a way to exploit the private market and not the public dollar like the grifters in our government.”

Harvard, where getting rich off of a sex tape and spending your life half or completely naked in public gets you a speaking gig to a bunch of woke globalists.”

Because, ummmmmmm, why not?

I’d say we should expect more from Harvard but, in reality, this is where we are at. We have reached a point of no return in our institutions of higher learning. The downward slippery slope of Kim Kardashian appearing at an Ivy League university is just a small crack (not referring to a certain magazine cover that broke the Internet years ago) in our exterior. It is just one of the things that makes us humorous to onlookers abroad. It’s humorous at one turn; extremely dangerous at another.

Parents taking your kids to Harvard on college tours this summer? Here’s a tip: don’t waste your money. Hashtag: Veritas.