Previous post
Gavin Newsom Has A New Idea For Gun-Control 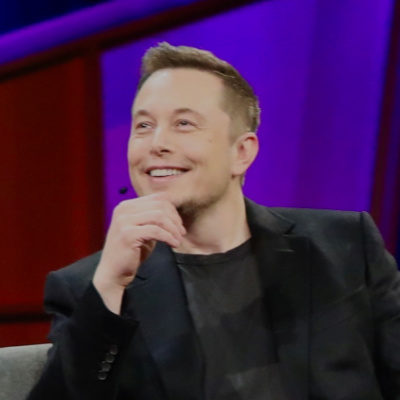 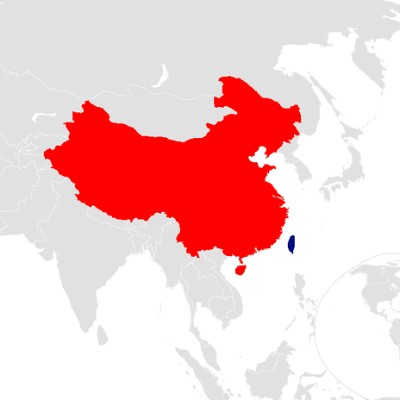 Remember that “democracy summit” that the Biden administration was going to be hosting – with a whole lot of non-democratic countries participating? Well, China wasn’t invited, but Taiwan was.

Well, apparently something interesting happened regarding Taiwan that the State Department would like to pass off as a “Zoom accident.” You be the judge.

A video feed of a Taiwanese minister was cut during U.S. President Joe Biden’s Summit for Democracy last week after a map in her slide presentation showed Taiwan in a different color to China, which claims the island as its own.”

Sources familiar with the matter told Reuters that Friday’s slide show by Taiwanese Digital Minister Audrey Tang caused consternation among U.S. officials after the map appeared in her video feed for about a minute.”

Yes, you are reading that right. United States officials experienced “consternation” because the Digital Minister from Taiwan called Taiwan a country, and NOT PART OF CHINA. And who decided to cut the video?

The sources, who did not want to be identified due to the sensitivity of the matter, said the video feed showing Tang was cut during a panel discussion and replaced with audio only – at the behest of the White House.”

OH. OH REALLY NOW. But it gets better. The State Department decided to blame it on Zoom.

The State Department said “confusion” over screen-sharing resulted in Tang’s video feed being dropped, calling it “an honest mistake.”

You can see Tang’s presentation on the video livestream, which shows Taiwan in green and China in red.

Also, your eyes do not deceive you. Audrey Tang is transgender, non-binary, and “post-gender.” How those three things can co-exist simultaneously is something that I haven’t quite figured out – probably because I am not “woke” enough. For the purposes of this incident, it is mostly irrelevant. How it could even be remotely relevant, I will get to later.

But back to the “democracy summit.” After the map was shown, it apparently caused a freakout at the White House, which led to the video feed being cut.

When the moderator returned to Tang a few minutes later, there was no video of her, just audio, and a screenshot captioned: “Minister Audrey Tang Taiwan.” An onscreen disclaimer later declared: “Any opinions expressed by individuals on this panel are those of the individual, and do not necessarily reflect the views of the United States government.”

Cowards. The Biden White House and Antony Blinken’s State Department are staffed by absolute moral cowards. China’s NOT EVEN THERE and they still can’t let Taiwan assume that it is an independent nation. (The livestream with no video, only audio, can be seen here.) And yes, this made Taiwan mad. Better Taiwan than China!, in the White House’s mind.

Washington complained to Taiwan’s government, which in turn was angry that Tang’s video had been cut.”

The source called the U.S. move an over-reaction as the map was not inherently about national boundaries, but the NSC was also angry as the slide had not appeared in “dry-run” versions of the presentation before the summit, raising questions as to whether there was intentional messaging by Tang and Taiwan.”

“They choked,” the source said of the White House reaction.”

A second source directly involved in the summit said the video booth operator acted on White House instructions. “It was clearly policy concerns,” the source said, adding: “This was completely an internal overreaction.”

The official word from both sides, probably in the interests of diplomacy, is Zoom-blaming.

An NSC spokesman said Reuters’ account of the incident was “inaccurate”.

“At no time did the White House direct that Minister Tang’s video feed be cut,” the spokesman said in an email, also blaming it on confusion over screen-sharing and adding that the full video could be viewed on the summit web page.”

Asked whether she believed the U.S. government cut the video due to the slide, Tang told Reuters in an email: “No, I do not believe that this has anything to do with the CIVICUS map in my slides, or U.S. allies in Asia for that matter.”

Again, you’re going to have to make that call. We know the Biden White House is absolutely filled to the brim with cowards when it comes to standing up to authoritarian governments, and Afghanistan was not only a massive failure, but a green light to Putin and Xi. Putin wants Ukraine, and Xi wants Taiwan. Will the Biden administration have the guts to tell them “no”? If Reuters’ sources are correct, then we already know the answer.

So, here is the one way that Audrey Tang being trans/non-binary/”post-gender” matters. Imagine if the Trump administration had cut the video feed, with the same Zoom excuses and worries over Taiwan calling itself a country. The screams of “TRANSPHOBIA” would have been instantaneous. But because this was Biden, the press can ignore the optics of cutting a trans person’s video. I’m sure they would have TOTALLY accepted a Zoom oopsie like this from the Trump administration, sure.

You know what would have been a better “democracy summit” than this deadly dull and diplomatically problematic Zoom conference call? Assemble everyone who wants to come, and let new American citizen Enes Kanter Freedom give a lecture on the blessings of living in a free country. He would have done a better job explaining and championing democracy than all these bureaucratic bozos combined.

So many people live under brutal Dictatorships,with no Freedoms.

If we want peace, we can NOT stay silent about these cultish regimes & ruthless Dictators.

I rest my case.