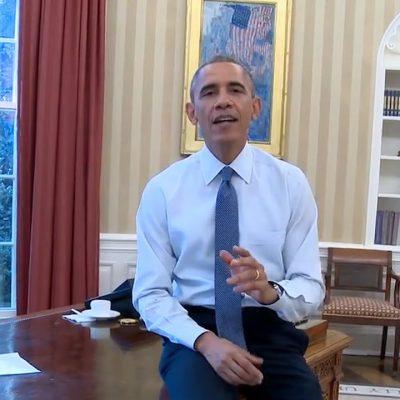 Previous post
Will African Americans Turn On Obama and the Democrats?

Next post
Obama Sets Forth His Immigration Edict; Havoc to Ensue

What? They deliberately inflated numbers and were less than transparent? Why, this has never happened before regarding Obamacare!

The Obama administration included as many as 400,000 dental plans in a number it reported for enrollments under the Affordable Care Act, an unpublicized detail that helped surpass a goal for 7 million sign-ups.

Without the dental plans, the federal government would have had 6.97 million people with medical insurance under the law known as Obamacare, investigators for the House Oversight and Government Reform committee calculated, using data they obtained from the U.S. Centers for Medicare and Medicaid Services.

Federal officials said in September they had 7.3 million people enrolled in coverage through new government-run insurance exchanges. They didn’t distinguish between medical and dental plans, breaking from previous practice without notice.

Oh, and now that they’ve been caught inflating the numbers? No comment.

Kevin Griffis, a spokesman for the U.S. Health and Human Services Department, said he didn’t have a comment yet, hours after being asked for one.

Why, it’s almost as if they don’t say anything, no one will notice!

Congressman Darrell Issa, chairman of the House Oversight Committee, has taken to Twitter.

Instead of offering an accurate accounting, the admin engaged in an effort to obscure and downplay number of #Obamacare dropouts.

At that hearing, CMS Administrator Tavenner did not elaborate or break out dental plans as CMS has done in the past. #Obamacare

But in May of last year, the Obama admin separated the 8 mil health plan figure from the 1.1 mil dental coverage. #Obamacare

When @GOPoversight asked for raw enrollment data, investigators were able to confirm that nearly 400k plans were dental by matching plan IDs

Reliably, the lapdogs are attempting to make excuses for outright obfuscation.

This is such a dumb, unforced error by the Obama administration: http://t.co/N1VuxJjUu6

The term you're looking for is "lie." #Gruber RT @ezraklein This is such a dumb, unforced error by the Obama administration

And a final note of truth:

A handy guide to when you should believe the government's ObamaCare numbers:

They really do think the American public is stupid. In fact, they are counting on it.