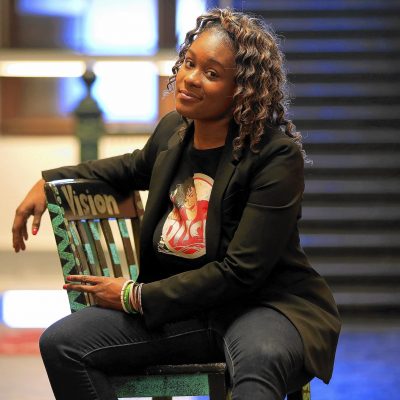 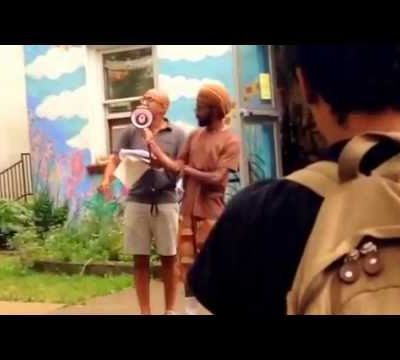 Next post
Cornell Professor: Only Whites Who Hate Capitalism are BLM Allies 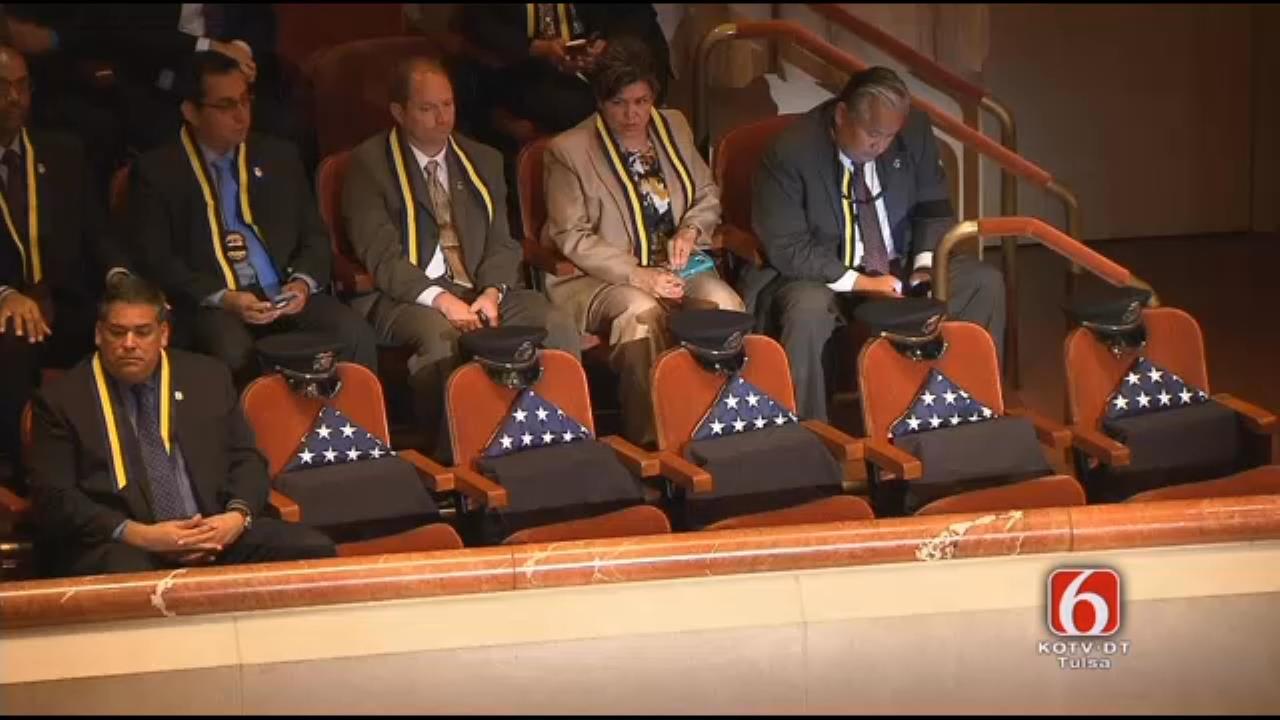 Today, many across the Dallas metroplex and the country came together with the families of the five police officers to mourn and remember those brave men. Fresh in many’s minds were the images from last Thursday night, from the hugs and outpouring of support to those on the Thin Blue Line, and much more.

The honored guests at this memorial service were not, in my opinion, any of the dignitaries present. No, it wasn’t the mayor, Chief Brown, President Bush and his wife Laura, nor was it Senator Ted Cruz, Vice President Joe Biden or his wife Jill, and it certainly wasn’t President Obama or Michelle. No, the honored dignitaries were five men who could only be there in spirit. 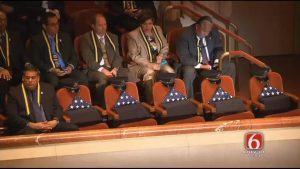 The image above encapsulized what this service was about. Men who guard, protect, and run TO danger in order to save the lives of those in need. Five men protecting those who wanted to protest something they thought was wrong. Five men protecting everyone on that street that night. Five men whose seats will forever remain empty, whose lives were taken because they were cops and they were white.

As with a memorial service of this nature, there were many speeches. The most powerful and moving of those came from Mayor Mike Rawlings:

“While we did nothing wrong, there is a reason this happened here, this place, this time in American history. This is our chance to lead and build a new model, for a community, for a city, for our country,” Rawlings said. “To do that, there will be tough times ahead. We will mourn together, and together is the key word here. We may be sad, but we will not dwell in self-pity. We may weep, but we will never whine. For we have too much work to be done. We have too many bridges to build that we will cross together.”

Moving, fitting words for a solemn occasion. A tribute to those whose “courage is our protection and shield”, as President Bush said,

Unfortunately, there was one speech that just couldn’t stay on point. The speaker just couldn’t honor those men, the Dallas police department, and try to help the families. Many thought, 20 minutes into his 40 minute speech, that Obama was doing well. And then the speech veered into the political ditch.

Obama: "It's easier for a teenager to get his hands on a Glock than a computer…or even a book!" pic.twitter.com/tTQJHLz5kc

As Charles Cooke over at the National Review eloquently pointed out, the break from the strife came to a screeching halt.

Where there was harmony, now there is discord. This, remember, was a funeral — a funeral for one of the police officers who was murdered last Thursday. It wasn’t a rally. It wasn’t a White House press conference. It wasn’t a public statement, hastily arranged on the airport tarmac. It was a funeral. [Emphasis added]

Unfortunately he didn’t stop there. He continued with touting gun control, slammed the very police he was speaking and basically continued to widen the divides this country is experiencing. He lectured and politicked again because he just can’t help himself.

I'm am beside myself that Obama has turned this memorial into a political lecture/rant. I'm irate. He can't help himself. Unreal. #Dallas

She wasn’t the only one.

Worst part of Obama's lecture about racial bias today? He did it at a memorial for 5 officers who were killed because they were white.

Politics has no place at this particular table. Not now. Not ever. Instead we should remember the words of Chief Brown today:

“And there’s no greater love than this. That these five men gave their lives for all of us.”

There are five families who, starting tomorrow, will be saying the hardest goodbye imaginable to a husband, father, son, brother, mentor, friend.

Michael Krol, 40, whose lifelong dream was to become a police officer.

We extend our thoughts and prayers to the families, friends, and coworkers of these five police officers and we are forever grateful for their service.