Previous post
Disney Has Frightening "Not At All Secret Gay Agenda"

Next post
Is The Culture War on Abortion, CRT & LGBTQ Worth It? 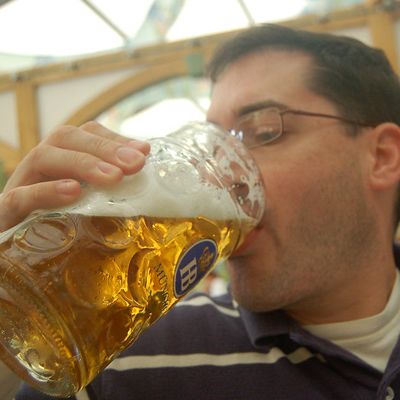 “Don’t like it? So start your own company!” sneer the smug liberal consumers of woke media to frustrated conservatives. So the website Daily Wire responded with, Hold my beer!

On Tuesday our Toni wrote about the Not-So-Secret Gay Agenda at Disney that intrepid blogger Christopher Rufo exposed. Toni concluded with this warning:

“The people are coming for your kids. Our kids. Malignant narcissists aimed at the destruction of everything good.”

The Daily Wire heard about the salacious stuff emanating from the Happiest Place on Earth and fired a warning shot across the Disney bow. On Wednesday, the website announced that they would be spending $100 million to create kids’ content. Wholesome kids’ content, free from any LGBTQXYZ agenda. No girls kissing girls. No boys thinking that they’re girls. And where women with children are called mothers, not “birth-givers.”

The Wire had been planning this for several months, anyway, and were going to announce their new project in November, 2022. However, with the Disney exposé, DW decided to move things up a bit and released the news late on Wednesday.

“The magic has left the kingdom. It’s time to build new things we can believe in.”

“Disney was once a reliable source of wholesome and innocent entertainment for children. But controversy after controversy has roiled the network over the last several weeks — from CEO Bob Chapek’s public condemnation of a Florida bill protecting young children from inappropriate conversations about sexuality in schools, to leaked videos of Disney employees bluntly stating their agenda to promote radical gender ideology to their young viewers — leaving parents fearful that the content their kids are consuming is brainwashing them at best and endangering them at worst.”

Not the First Rodeo for the Daily Wire

The Daily Wire aren’t amateurs when it comes to promoting new media products for their subscribers. For example, the website has already released three feature-length films, and have two more set to go over the next four months. In January, 2021, the Wire also signed a deal with Gina Carano after Disney kicked the actress to the curb for her political beliefs. “Terror on the Prairie,” the first feature film with Carano, will be released this summer.

Don’t forget the Daily Wire’s recent foray into selling razors after Harry’s Razors pulled their ads from the Wire, calling their traditional views “inexcusable.” So the Wire launched their own razor company, called “Jeremy’s Razors.”

They also established the domain name “ihateharrys.com” for the company and dropped this incredibly awesome commercial:

A year ago, Harry’s Razors advertised on our shows. But then, they pulled their ads due to “values misalignment”. Introducing Jeremy’s Razors. Stop giving your money to woke corporations that hate you. Give it to the god-king: https://t.co/5jxfadsw1Zpic.twitter.com/T78OIT8NtL

They sold 45,000 razor subscriptions within the first week. Jeremy’s Razors is now drinking David Hogg’s liberal tears after the soy boy’s “Good Pillow” venture didn’t even get off the ground.

The Deets on the Kids Entertainment

The Daily Wire is not skimping on this project. First of all, they’ll be spending “a minimum of $100 million” over the next three years to produce children’s content. Secondly, they’ve brought some big guns onboard: Eric Branscum and Ethan Nicolle of the wildly popular satire site “Babylon Bee” and kids’ cartoon “Veggie Tales in the House.”

Together with Boreing, who heads up Daily Wire’s entertainment content, they’ll be producing both live action and animated kids programming on the DW streaming platform. The content will be available for Daily Wire subscribers in the spring of 2023.

Can the Wire Succeed?

The Daily Wire has ventured where few other conservative websites have dared to go: into the liberal-dominated entertainment world. They first used Facebook to glean traffic for the site, and also developed the popular podcast “The Ben Shapiro Show.” From there they ventured into entertainment to attract paying subscribers, differentiating themselves from other conservative websites that offer only news and opinion. And the leap into popular culture has paid off: the Wire reports that their 12-month revenue hit $100 million for the first time in January 2022. That’s up from $65 million for the entire year of 2020.

Now they’re riding the coattails of parental anger at schools and media content that seek to indoctrinate their young children with progressive sexual theories. Considering the current zeitgeist, the Daily Wire is busting the doors open for more websites to follow suit. Will they supplant Disney? Probably not — Disney has had almost 100 years to grow their brand into the entertainment behemoth it has become.

But now traditional parents will have an outlet for quality entertainment for the kids. As Daily Wire founder Ben Shapiro said:

“Our pitch is simple: we don’t crap on your values, and you won’t have to pre-screen our content to ensure that we’re not teaching your five-year-olds about radical gender theory.”

Those words are music to the ears of birth-givers … er, mothers (and fathers) everywhere.