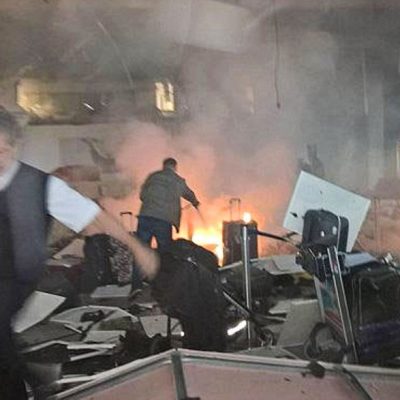 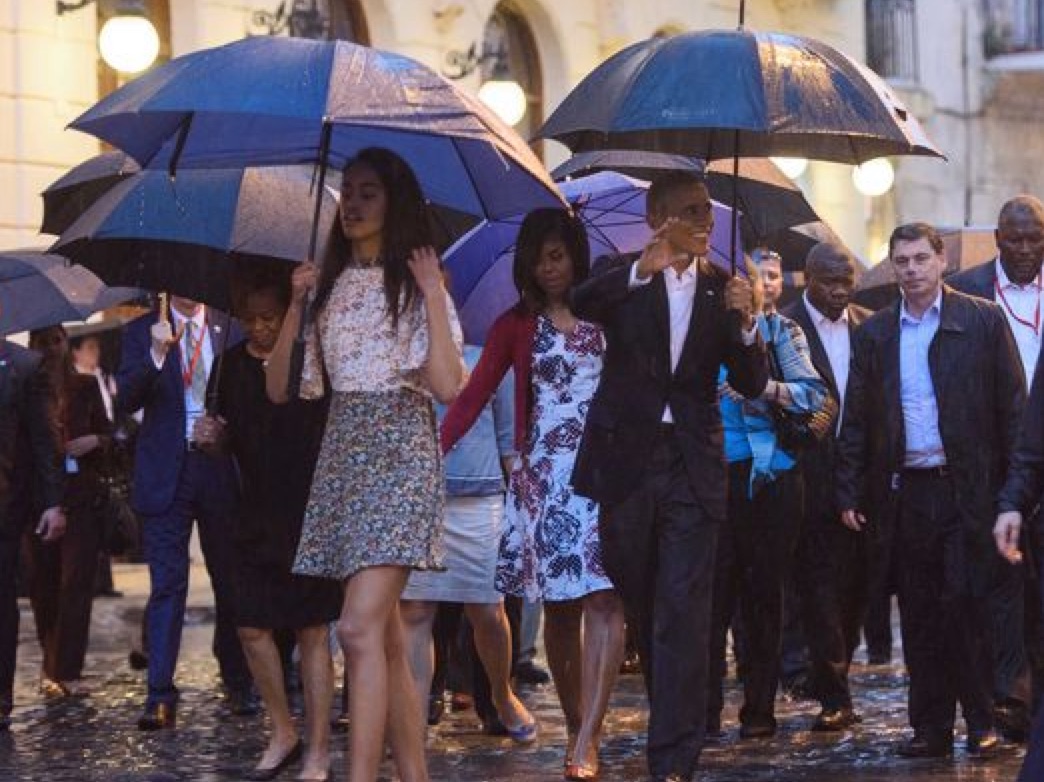 In case having his photo snapped standing before a likeness of the murderous Cuban dictator, Che Guevara, wasn’t insulting enough to American sensibilities, Barack Obama’s tweet about chatting with everyday Cubans—who have no internet access with which to have even read the message—confirmed for millions of us that Ego Trippin’ Barack Obama prefers only to experience the shiny things current communist dictator, Raul Castro, presents him, rather than the Cuba that visitors like the trend-loving Obamas will never see. Before we get to the list, let’s start with the fact that Barack Obama allowed himself to be used as a willing prop, in the tradition of Hanoi Jane Fonda, for Castro’s propaganda machine:

Castro shows the world what a limp wristed pansy looks like……… pic.twitter.com/eeIHqW5Vqw

Vapid Lefties like Michael Moore love to tout the rousing success of government-run healthcare in Cuba. But like much of what comes out of the mouths of the communism-loving Left, this nonsense, too, should share living space in a pig trough:

Color me biased, but I’ll take our flawed healthcare system any day of the week, sans ObamaCare. Let’s hope the Obamas don’t come down with a nasty bug while they’re flitting about the streets of Cuba, preening for the impoverished masses on their taxpayer-funded propo-trip.

As you may have heard, hundreds of dissidents were rounded up and jailed just hours before the Obamas arrived:

It’s no secret that the communist regime in Cuba has for decades routinely jailed anyone it deems a threat to its power:

According to the Human Rights group Freedom House, a grand total of 500,000 political prisoners have passed through Castro’s various prisons and forced labor camps. At one time in 1961, some 300,000 Cubans were jailed for political offenses. This is out of a Cuban population in 1960 of 6.4 million….

“N**ger!” taunted my jailers between tortures…” For months I was naked in a 6 x 4 foot cell. That’s four feet high, so you couldn’t stand. But I felt a great freedom inside myself. I refused to commit spiritual suicide.”

That wasn’t Nelson Mandela. No, the prisoner was a black Cuban named Eusebio Peñalver, whose incarceration and torture at the hands of Fidel Castro and Che Guevara’s Stalinist regime stretched to 29 years, surpassing Nelson Mandela’s record in time behind bars and probably quintupling the horrors suffered by Mandela during this period.

Of course not. That would be admitting his policy isn’t working as planned.

Amnesty International reports widespread human rights violations that have only increased in recent years. Abuses include:

Poverty is the reality for much of Cuba’s citizenry. As noted from a foreign citizen residing in Cuba:

I hate chain stores as much as the next concerned member of the middle classes, but one does wonder what exactly it is that affluent westerners want to preserve about communist Cuba. Over the past five years, I have spent about a year of my life in Cuba, so have seen a great deal of its ‘authentic’ side. Aside from the police repression and intellectual wasteland (there is one newspaper and state television brooks no dissent) the Cuba I have experienced is one of dirt, scarcity and rampant prostitution.

It is the last of these which is the most galling. Cuba’s command economy is unable to provide a basic standard of living for its people, so in order to survive, most Cubans must find an income source to top up their state salary. For those fortunate enough to have relatives in the United States or Europe, help comes in the form of dollar remittances. For those less fortunate, the only way to make some extra cash or eat a decent meal can often be to sell their body to a – usually much older – European or Canadian tourist.

Castro and Guevara’s firing squads murdered between 15 and 17 thousand Cubans, the equivalent, given the U.S. population, of almost one million executions.

From 1959 to 1960, the new government carried out summary executions of at least 1,118 people by firing squad. Guevara himself presided over the notorious La Cabaña prison, where hundreds of the executions took place. For comparison’s sake, the Batista regime was responsible for 747 noncombatant deaths between 1952 and 1959. The Cuban revolution under the direction of Guevara also saw the rise of forced labor camps which gave way a few years later to full-scale concentration camps. These were filled with dissidents, homosexuals, Jehovah’s Witnesses, Afro-Cuban priests, and anyone else who had committed “crimes” against the new moral revolution. [Emphasis added for the hypocritical Lefties that may be reading this.]

In a speech in front of the United Nations in 1964, Guevara proudly admitted that “yes, we have executed, we are executing, we will continue to execute.” He boasted of murdering Eutimio Guerra, bragging in his diary how he “ended the problem with a .32 caliber pistol, in the right side of his brain.”

On the Left’s serial romanticizing of genocidal maniac, Che Guevara:

Forced conformity, thought control, a ban on questioning authority. No wonder the Left adores him. And no wonder Mr. Obama, who’s used the power of numerous federal agencies to target his political opposition, allowed his photo to be taken in front of Guevara’s image.

Barack Obama is either delusional. Or envious. Or both. Free trade and tourism profits will not “trickle down” to the citizens of Cuba living under the authoritarian thumb of the communist Castro regime. So whatever his rationale for his ill-advised Excellent Adventure to Cuba, he has nonetheless legitimized the vicious oppression that is communism, and the suffering of the people under its crushing weight. But it’s not a surprise coming from the most liberal administration ever to hold the highest office in America. It’s the very system the Left in America idolizes, and desires to install, in its never-ending quest to control every aspect of our lives. It’s the realization of their Utopian dream where everyone is equal. Only…it’s a lie, because communism has never worked anywhere, ever, in the history of mankind, leaving in its wake not equality and abundance for all, but the polar opposite: Equality in misery and oppression, and the unceremonious execution of freedom. No, communism is neither trendy, nor sexy. It’s the destruction of everything that makes us human. But you won’t see the Obama’s visiting those aspects of the Real Cuba.