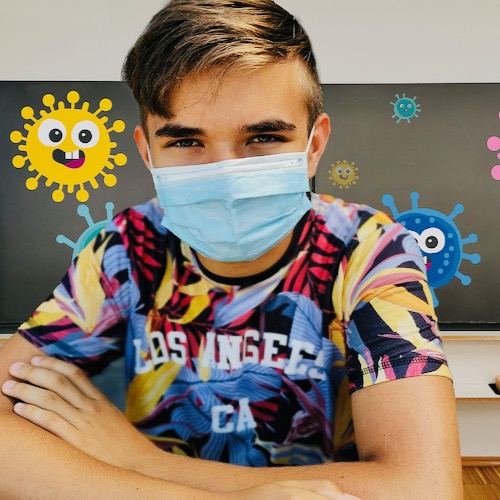 Covid relief funds were SUPPOSED to be used to get schools open and students back to in-person education. While that has happened across many districts, in New York, California, and Illinois, the funds have been used to bring in critical race theory materials.

“I write with serious concern that the New York State Education Department (NYSED) is using federal taxpayer dollars provided through the Elementary and Secondary School Emergency Relief (ESSER) Fund to promote Critical Race Theory under the guise of Social and Emotional Learning (SEL) and Culturally Responsive and Sustaining Education (CRSE),” writes Stefanik, a member of the House Education and Labor Committee, in the letter provided to The Post.

“This formulation of anti-racism is not about upholding the equal protection of the laws guaranteed by the Fourteenth Amendment, but instead advocates for the discriminatory treatment of Americans on the basis of race,” the congresswoman seethed.

“Seethed?” Wow. That’s quite a descriptor for a written letter asking for an explanation as to where, how, and what millions in Covid relief funds have been spent on in New York schools. Oh wait, Elise is a “disinformer” now according to our new Ministry of Truth Czar.

Nina Jankowicz from the Nonpartisan Ministry of Truth –

"Critical race theory has become one of those hot button issues that the Republicans and other disinformers have seized on." pic.twitter.com/COjZCtcYKE

Congresswoman Stefanik has every right to be concerned as more and more, parents are finding out what is being taught in schools across the nation. Is it in every school and every classroom? No. Are all teachers on the CRT bandwagon and using their teaching lessons to push this divisive theory? No. But there are enough teachers and the unions who are, to the detriment of ALL kids education.

The relief funds have specific, yet somewhat vague parameters.

About $110 billion goes directly to school districts. States and districts that serve low-income students will get more money per student. About $22 billion of this money must go to address lost learning. The rest is pretty much up to the district.

Summer enrichment programs and after-school programs both will get at least $1.2 billion.

Programs and grants for students with disabilities will get about $2.6 billion.

A few thoughts here. A. students with disabilities were hugely disadvantaged by having schools shut down. Far too many regressed in both their educational and social learning. It will take years for them to catch up, as long as schools stay OPEN. B. The key to how Covid relief funds are used to aid in lost learning is just vague enough that schools are considering it an open door to bring in critical race theory materials in order to promote “equity.”

Rather than use the funds to bring the kids into school and get back to the necessary work of teaching the kids math, science, English, and history objectively, the Department of Education has told districts that a “culture shift” is necessary so schools can “reopen equitably for all students.”

What does that mean? For California, Illinois, and New York, that means implicit bias training for school staff, and making improvements so that the learning environments are safe and inclusive.

The California Department of Education was awarded $15.1 billion in ARP ESSER funding to implement its schools reopening plan, which included $1.5 billion for training resources for school staff regarding “high-need topics,” like “implicit bias training.”

The California DoE used funds to “increase educator training and resources” in subjects such as “anti-bias strategies,” “environmental literacy,” “ethnic studies,” and “LGBTQ+ cultural competency,” according to the plan.

For New York, they went the diversity, equity and inclusion route!

The funds helped NYSED’s Civic Readiness Taskforce build a DEI plan to provide “staff development on topics such as culturally responsive sustaining instruction and student support practices, privilege, implicit bias, and reactions in times of stress.” The approved plan also recommended that schools use social-emotional learning [SEL] to “support the work of anti-racism and anti-bias.”

New York is getting $9 BILLION in Covid relief funds for this. And how are they spending their money? Here’s just one example, a book called “Our Skin” is in multiple schools across the state.

“A long time ago, way before you were born, a group of white people made up an idea called race. They sorted people by skin color and said that white people were better, smarter, prettier, and that they deserve more than everybody else,” the book declares.

That’s…not subtle is it? How does using a book like that help our children come back from two years of learning loss? Hint: it doesn’t.

That’s great that Frank can spout his assertions. He’s free to do so. However, this issue is that the Covid relief funds are supposed to be about getting kids BACK into school. Instead, it’s looking quite likely that the Covid relief funds are being used by the schools to push agendas that are contrary to learning. This is wrong on every level and is a disservice to our kids who’ve been harmed so much by the lockdowns.

Feature Photo Credit: student in front of blackboard with virus symbols, via Pixabay, cropped and modified