Previous post
NATO Is Almost As Bad As The United Nations 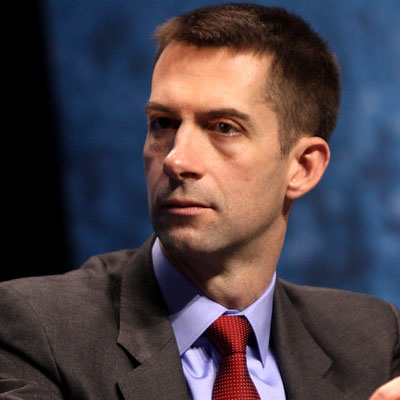 by Kim Hirsch in media 12 Comments

Do you know with absolute certainty how the coronavirus started? Me neither. But when Sen. Tom Cotton (R-AR) appeared on Fox News on Sunday morning and briefly talked about a biochemical lab near Wuhan, the media went bonkers. Cotton is promoting fringe conspiracy theories among rubes and Trump supporters!

But — as far as the media are concerned — I repeat myself.

Here’s the video of Cotton’s appearance on “Sunday Morning Futures” with Maria Bartiromo. He does discuss the biochemical lab and also points out that the United States has them, too. But he mostly discussed how the CCP’s duplicity has made the virus’s spread worse.

But if you had seen the New York Times, you would’ve read a completely different take. For example, here’s their headline:

Next thing you know the NYT will also claim that Tom Cotton said the Chinese are turning their frogs gay, too.

First of all, he didn’t repeat a “fringe theory” by noting that there is a biochemical lab nearby. And he also said this:

“We don’t have evidence that this disease originated there but because of China’s duplicity and dishonesty from the beginning, we need to at least ask the question to see what the evidence says, and China right now is not giving evidence on that question at all.”

Did you catch that? We don’t have evidence that this disease originated there. So what’s the problem with Cotton even talking about the lab? 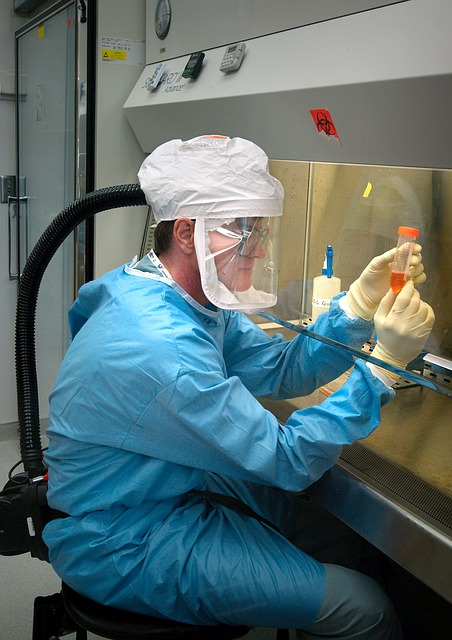 According to the NYT:

“But it is the sort of tale that resonates with an expanding chorus of voices in Washington who see China as a growing Soviet-level threat to the United States, echoing the anti-Communist thinking of the Cold War era.”

The NYT continues to point out that questioning the presence of the lab is something that only right-wing nuts do. That would be people like Bill Gertz of the conservative Washington Times and Steve Bannon, formerly of the Trump administration. And of course they also cited their favorite boogieman: Fox News.

Not only that, but the NYT also pointed fingers at Guo Wengui, a Chinese fugitive billionaire, claiming that he is also responsible for spreading a conspiracy. According to Guo:

“I said a year ago that Chinese Communist Party might create a massive humanitarian crisis or a natural disaster or a pandemic before it dies.”

Maybe, maybe not. But that’s not at all what Tom Cotton was even talking about, was it?

Cotton pushed back against the media who are branding him a conspiracy kook. He posted at Twitter:

Let me debunk the debunkers. @paulina_milla and her “experts” wrongly jump straight to the claim that the coronavirus is an engineered bioweapon. That’s not what I’ve said. There’s at least four hypotheses about the origin of the virus: https://t.co/536ygN1gC7

He followed up with a Twitter thread, making these points about the possible origins of coronavirus:

“1. Natural (still the most likely, but almost certainly not from the Wuhan food market)”

“2. Good science, bad safety (eg, they were researching things like diagnostic testing and vaccines, but an accidental breach occurred)”

“3. Bad science, bad safety (this is the engineered-bioweapon hypothesis, with an accidental breach)”

“4. Deliberate release (very unlikely, but shouldn’t rule out till the evidence is in)”

“Again, none of these are “theories” and certainly not “conspiracy theories.” They are hypotheses that ought to be studied in light of the evidence, if the Chinese Communist Party would provide it.”

But never mind what Cotton says. The media are more than happy to trot out their “experts” to show everyone what a crackpot Cotton is.

“There’s absolutely nothing in the genome sequence of this virus that indicates the virus was engineered. The possibility this was a deliberately released bioweapon can be firmly excluded.”

And the WaPo also quotes Vipin Narang from MIT:

“I don’t think it’s particularly helpful, and it’s borderline irresponsible to — and it’s without evidence, so at this point it’s a conspiracy theory — peddle it.”

Let’s review again, shall we? That’s. Not. What. Tom. Cotton. Said.

Cotton has long been a critic of China. For instance, he supported legislation aimed at reducing China’s influence on the United States. He has also urged the Trump administration to sanction Chinese officials who participate in persecution of the Uyghar Muslims. And he also co-sponsored a bill to curb China’s aggressive expansion in the South China Sea.

It’s quite obvious that Sen. Cotton does not trust China, a Communist nation which has long proved itself to be deceitful. Nor does he trust what the CCP tells the world about coronavirus, either. So he posited the idea that maybe, just maybe, the virus has something to do with the nearby biochemical lab. He doesn’t try to prove that it does, but neither can anyone prove otherwise. Even the “experts” that the WaPo trotted out.

Cotton is not promoting a fringe conspiracy theory, nor is he about to take the reins from Alex Jones. But he is a Republican, a conservative, and a supporter of the President. And Rick Wilson would probably add him to the “credulous boomer rube demo” that thinks “elitists are dumb.” So in the world of the mainstream media, he’s become a fanatic kook who promotes conspiracies.

And then the media wonder why so many people look upon them with disgust.