Next post
Cotton Mocked by Media for Coronavirus Idea 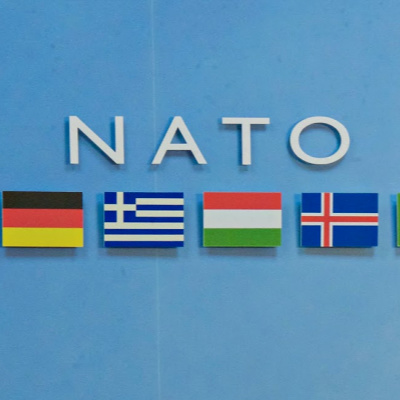 I have always read that NATO was a mutual security pact between the member nations. President Trump always talks about how those other nations are not ponying up enough money for security. The Democrats and the Legacy Media howls every time Trump brings up “burden sharing”. Watching a Nancy Pelosi press conference today, I realized that NATO is the United Nations Lite.

Nancy Pelosi held a press conference today. I started watching it on my Android device and quickly got confused Speaker Pelosi was rambling on about foreign policy and climate change. So, after I got done walking MacDuff, our new rescue pup, I grabbed my Chromebook and re-watched the press conference. The Impeachment Queen wasn’t in Washington, D. C.. No, she was at NATO Headquarters in Belgium with a Congressional Delegation (CoDel). Then, a woman named Susan Davis started talking. I was totally consarned. She said that she was a proud member of the NATO Parliamentary Assembly. Turns out that she is also a retiring U.S. Congresscritter. But,what in the name of “Robert’s Rules of Order” is the Parliamentary Assembly? The answer is a from the website is billion dollar word salad:

Since its creation in 1955, the NATO Parliamentary Assembly has provided a unique specialised forum for members of parliament from across the Atlantic Alliance to discuss and influence decisions on Alliance security. Through its work and activities, the Assembly facilitates parliamentary awareness and understanding of the key issues affecting the security of the Euro-Atlantic area, and supports national parliamentary oversight over defence and security. Crucially, it helps to strengthen the transatlantic relationship and the values which underpin the Alliance. The Assembly is institutionally separate from NATO, but serves as an essential link between NATO and the parliaments of the NATO nations. It provides greater transparency of NATO policies, and fosters better understanding of the Alliance’s objectives and missions among legislators and citizens of the Alliance.

Since the end of the Cold War, the Assembly has assumed a new role by integrating into its work parliamentarians from countries seeking a closer association with NATO. Through this form of parliamentary diplomacy, the Assembly contributes to mutual understanding and to the strengthening of parliamentary democracy throughout the Euro-Atlantic region and beyond, thereby complementing and reinforcing NATO’s own programme of partnership and cooperation.

Here is San Fran Nan and the CoDel with their press conference:

All of the world cooperation groups, the League of Nations (dead), the United Nations and NATO fail at their primary goal. The peace and security of the world. Name one war any of them have prevented. You can’t. They haven’t. At the same time their tentacles reach into every facet of life and metastasize like a large B-cell lymphoma. These organizations have strayed from their original purpose. They need to refocus and succeed at their original goal. World peace. Yeah, right.